Check out these new songs from Ember Swift’s forthcoming album 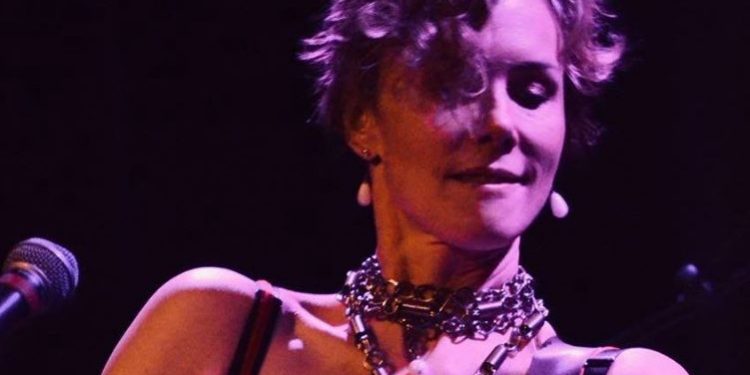 Beijing-based Canadian singer-songwriter Ember Swift has been resurfacing on the North American scene of late – notably showcasing at last year’s Folk Alliance International conference for the first time in nearly 15 years – and it’s great to see her back!

Ember has followed a unique trajectory both in life and in music.  She emerged in the mid ‘90s as part of a wave of independent, social justice-oriented, queer female singer-songwriters that rose to prominence as Ani DiFranco’s popularity was hitting its peak. As a mohawk-sporting 20-something , she founded the grassroots record label, Few’ll Ignite Sound (Motto: May the few who ignite sound fuel a change in the night. May the few who fuel change ignite sound into light) and started releasing music that shared the feminist folk-punk ethos of Ani’s, only with a more varied sonic palette – drawing inspiration from jazz, funk and French chanson.  She spent more than a decade touring the world, playing bars, coffee houses, women’s music venues, Pride celebrations, university campuses – you name it really.

Then, a little more than a decade ago, Ember, who has a degree in East Asian studies and who has always been passionate about Chinese culture, began visiting the country and fell in love with… a man – a fellow musician named Guo Jian.  She settled in Beijing, they married, she gave birth to two children, and she gradually built a career in China as a musician and writer. She also earned a Masters degree in Creative Non-Fiction from Hong Kong’s City University.  She continues to innovate musically, and we’re super stoked to hear that she’s got a new album on the way. In fact, it was supposed to be out this month but, you know. There was this thing you might’ve heard about called COVID-19.  She’s hoping to get it out in September now, but she sent us some music to share in the meantime.

The first track is called “Be My Home,” and it grew out of a challenge to write a pop song, she said.

“From there, I wrote a whole album’s worth of what I qualify as the most ‘pop music’ that I’ve ever created,” she wrote on her website. “Each piece features a different slant to the pop aim, and this one calls out to jazz and R&B. I wrote the song after I’d returned from Canada to my adopted home of Beijing, China and was ruminating on what the concept of home truly means. Is it really even connected to geography?… Home is where the love is.”

We’ve posted “Be My Home” below, along with live videos for two other songs from the upcoming album: “Skin on Skin” and “Castaway.”  Enjoy!