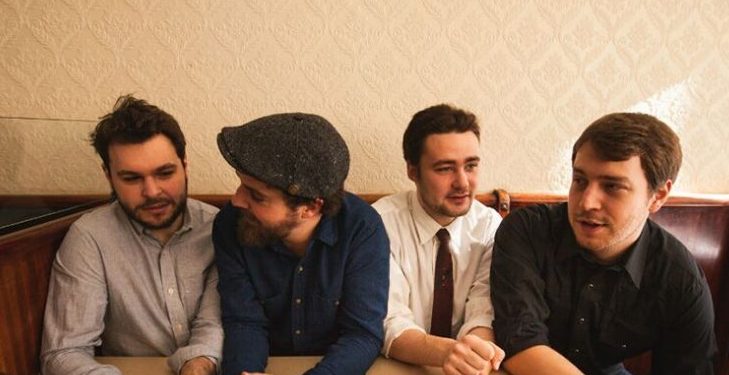 Like many artists across Canada and around the world, the Slocan Ramblers were supposed to be on tour right now.  And this story was intended to preview their performance at the Rogue Folk Club in Vancouver.  That tour is now cancelled, but we are still sharing Adam Hunter’s conversation with the band. If you’d like to support them and check out some of their music, check out their website at https://slocanramblers.com and take a look at their store for CDs and clothing.  You can also buy downloads of their songs on iTunes.

RMC: You guys have mentioned this before, but Toronto has — somewhat surprisingly, in my opinion — a vibrant bluegrass scene. I remember going to see a few bands when I used to live there and thinking how much fun it was. Has it changed over the years? Are there particular venues that stand out?

SR: One venue I used to go to all the time was called the Silver dollar, and on Wednesday nights for $3 you could go see Crazy Strings (which was the Foggy Hogtown Boys with Marc Roy). It was basically an institution for a lot of bluegrass players in Toronto. I remember first walking in and hearing them. I was blown away. I couldn’t believe this had been going on all this time and I had no idea. I wish I had known about it sooner. Unfortunately, the venue has been torn down, and the gig is no more. Just one example of how things change.

That being said there’s still a lot of bluegrass happening most nights of the week. Mondays at The Local (Hamstrung String band), Tuesday at the Cloak & Dagger (Hit Pickers), which was originally started by the Slocan Ramblers and where we really became a band. Thursdays are for the Tranzac with Houndstooth, and the Dakota Tavern has a bluegrass brunch on weekends. I know I’m probably forgetting a few too. Toronto’s bluegrass scene is alive and well, and there are a lot of great players around.

RMC: Over the past 10 years or so, roots-styled music seems to have made a comeback. Why do you think that is? I always thought of it as a reaction against electronic music and things like that — kinda like how country oscillates between traditional and pop every ten years or so.

SR: I could see it being some sort of reaction against electronic music, for sure. It is acoustic music after all – music you can play together in your kitchen with friends. I think there is an appeal there for sure. A lot of folks are getting into hosting house concerts – having live, acoustic bands play in their living rooms for smaller listening audiences. There’s no better way to hear live music.

I really like the musical community it builds. Everywhere we go, whether it’s across Canada, the US or the UK, we always find the other bluegrass players, and they always find us. There is an honesty about bluegrass music that people can relate to. It’s raw and energetic, and anything could happen at any moment.

RMC: The last album was obviously a big success, what with the Juno nomination and everything. Has it changed the way you approach your new material? Is there a level of artistic freedom that comes with receiving those kinds of accolades?

SR: It was great to be Juno nominated. We’re honoured to be recognized… It’s nice to have that kind of support here, and we’re glad the album did well. Our approach in regards to new material hasn’t changed at all really. We tend to write on our own and arrange music as a group. We workshop songs and change things here and there until we like it. We are all pretty honest with each other and are always evolving as a band.

RMC: Is a Juno party as fun as it sounds?

SR: I wish I could tell you. We couldn’t make it. Funny enough, we were on our annual western tour playing in Calgary the night of the awards. From what I’ve heard, it sounds like a blast.

RMC: Lastly, is there anything left to plug?

SR: We’re looking forward to heading back out west and were talking about making another record at some point. If you know anyone who might like a bluegrass show, send them our way.

JJ Voss – Come Along with Me