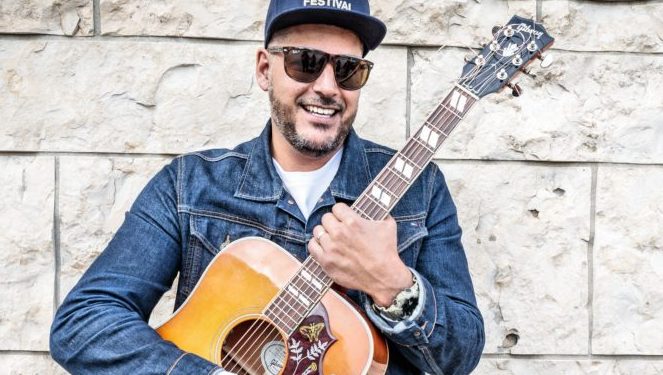 Attawapiskat musician Adrian Sutherland, who has until know been best-known as the lead singer of Midnight Shine, will be lacing up for the Juno Cup on tomorrow, and he’ll be taking a stand against racism in hockey at the same time.

The Juno Cup is a popular charity hockey match that pits hockey-loving musicians against music-loving NHL alumni, and Adrian has played in it three ties before.  But this time, his game play – and hockey stick – will reflect a cause that’s near to him.

“I saw a CBC News story recently about a young Mohawk hockey player in Quebec who was subjected to racial slurs by the opposing team,” he said in a news release. “Instead of fighting anger with anger, his team decided to tape their sticks red to bring attention to racism and bullying in minor hockey.”

So tomorrow, Adrian will be taping his stick red for the Juno Cup game to show his support of anti-racism in minor hockey.

“I experienced racism in hockey while I was growing up, and so did a lot of people I know,” he said. “It seemed to be a ‘normal’ part of the game for us as young First Nations players, and we just lived with it… But now, my 13-year-old son plays hockey, and I don’t want him to have to go through the same things that I went through. There’s no place for racism and bullying in hockey. By taping my stick red and showing my support for the Red Tape Movement, I hope to spread awareness of this cause as much as I can in my hockey world.”

The Juno Cup game takes place tomorrow at 7:30 p.m. at Merlis Belsher Place in Saskatoon, SK. All proceeds benefit MusiCounts, the music education charity that helps put instruments into the hands of kids who need them the most.

Hear all the Juno nominees you need ...

The Juno Awards are cancelled