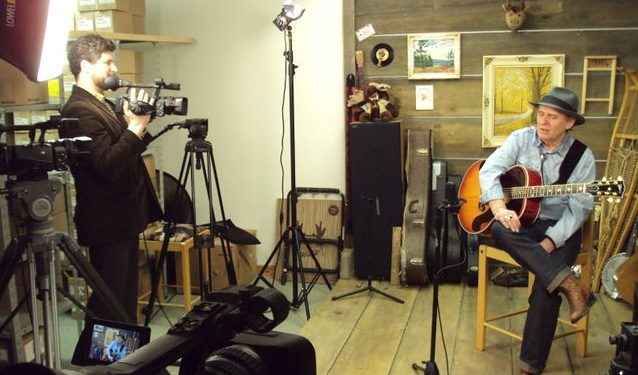 The Canadian Songwriters Hall of Fame has announced that the late Newfoundland legend Ron Hynes will be its newest inductee. The induction ceremony will take place during the 2020 East Coast Music Awards show April 30 in St. John’s.

Friend, legendary producer, and founder of the Canadian Songwriters Hall of Fame Frank Davies will present the induction to the Hynes family.

Additional special guests and performers for the celebration will be announced soon.

“Up until his passing, Ron Hynes was passionate about his craft, and many songwriters from Newfoundland looked up to him as an inspiration to their art,” said Canadian Songwriters Hall of Fame executive director Vanessa Thomas in a written statement. “With his trademark broad-brimmed hat and love for his province, his impact on the culture and artists of Newfoundland is unmatched.”

From humble beginnings as the lead vocalist in the Canadian music and comedy group The Wonderful Grand Band, Ron went on to a successful career as a solo artist and influenced some of the greatest songwriters to come out of the East Coast, including Lennie Gallant and Great Big Sea’s Alan Doyle.

His 1972 debut album, Discovery, marked the first time a Newfoundlander had made a recording entirely of his own original songs. He became a prominent figure on the East Coast circuit, and his roots-country music spread throughout the Atlantic region and across Canada.

His most renowned composition is “Sonny’s Dream,” famously written in 1976 by a 25-year-old Ron in under 10 minutes. Originally recorded with the Wonderful Grand Band, the song’s lyrical content depicting the isolation of life on The Rock and the pull of the outside world touched audiences and inspired more than 200 cover recordings. It has been recorded by fellow Canadians Corey Hart, Ryan’s Fancy, Great Big Sea, Stan Rogers, Valdy, and John McDermott among others. Elsewhere, it’s been covered by Grammy-winner Emmylou Harris; by Ireland’s Mary Black, Phil Coulter and Christy Moore; and by New Zealand’s Hayley Westenra.

Ron earned 22 East Coast Music Award nominations and awards, including Song of the Year for “Man of a Thousand Songs” (1994), Male Artist of the Year (1994, 2007), and Album of the Year for Get Back Change (2004). His other accolades include the 1992 Genie Award for Best Original Song for “The Final Breath” and three 2006 MusicNL Awards for Entertainer, Songwriter and Folks/Roots Artist of the Year.

Ron made his theatre debut as celebrated Newfoundland balladeer Johnny Burke in The Bard of Prescott Street (1977) and starred as country legend Hank Williams in Hank Williams: The Show He Never Gave (1980). He was also the subject of several documentaries including Ron Hynes: The Irish Tour (1999) and The Man of a Thousand Songs, which debuted at the Toronto International Film Festival in 2010.

Reflections on changing your dreams before your ...