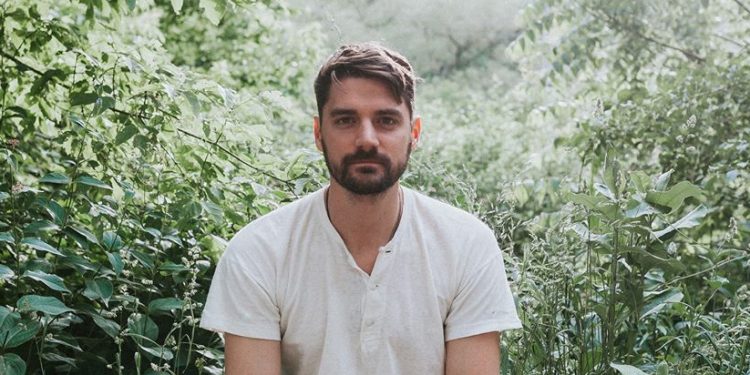 I feel the role of an artist is to observe then reflect the world in which they choose to explore. Such reflections may be personal or interpretations of those of the subjects the artist observes. The most talented artists allow room for the rest of us to further interpret these reflections as we see fit. The artist strives to provide just enough context to capture an audience’s attention while leaving just enough space for us to project our own hopes and dreams, sadness and pain onto the work.

Tim Baker is an extremely gifted artist. His ability to combine lyrics and melody to create clear reflections is masterful, so it should come as no surprise that his debut solo album is a true masterpiece.

Forever Overhead overflows with themes of home, hopefulness, longing, regret and self-reflection. Tim uses his personal experiences and observations to reflect themes that are ultimately universal. Each song tells a very personal story and yet remains relevant to almost any listener.

One may have expected Tim to seek a sound altogether different from that of Hey Rosetta!,in an effort to distance himself from the band and chart his own path as a solo artist. While acoustic versions of each song would sound incredible, and perhaps some will be forthcoming, Tim wisely chose to allow the music to dictate each arrangement rather than compromise his integrity by being influenced by external pressures. Clearly unrestrained by budgetary issues, Forever Overhead still strikes the right balance between production and art. Each song sounds carefully crafted with instrumental and vocal arrangements uniquely suited to their respective themes. If you’re Tim, and you’re in a position to incorporate the number of talented artists that appear on Forever Overhead, why wouldn’t you want to produce the best possible version of every song on your debut album?

Tim is a clear example of the songwriting quality that exists in this county. I consider him to be easily on par with some of our greatest. The vinyl version of Forever Overhead, and its liner notes, complete with full lyrics, provide the listener with every opportunity to delve into the world that Tim has created. Perhaps it’s an obvious statement, but one wonders why any artist would take the time to birth carefully crafted lyrics then choose to exclude their publication from any physical copy of their work. Surely, their hard work is worth the added production cost.

Forever Overhead is captivating from start to finish. Tim skillfully envelops the listener in a shroud soaked in all the feels while transporting us on an emotional ride from the first track through the last. I found it easy to get lost in the music, ultimately sitting in silence for an indeterminate amount of time after side one had finished – lost in thought and failing to realize the first part of the journey had ended. This is not an album you can listen to just once.

A great album is like a great painting. The artist intends to show you something specific but creates enough space for the observer to see what they want to see and discover new things each time. On Forever Overhead, Tim took his place in front of a new canvas, and while he used some of his old brushes and paints, he created a new and unique vision that furthers the series that is his musical journey.

On relating to audiences and connecting with ...