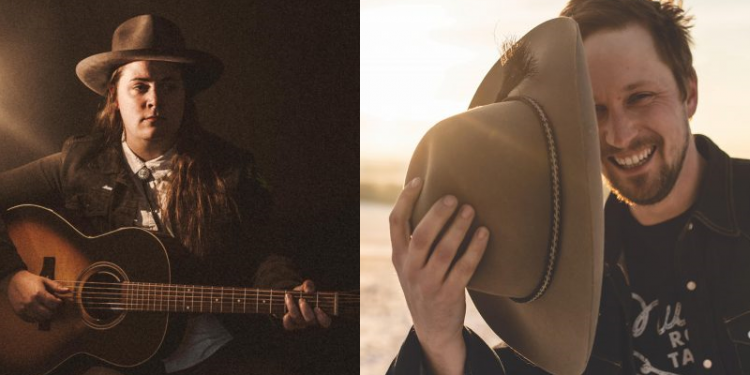 Del Barber and Mariel Buckley, two of Canada’s most acclaimed young roots music artists, will be hitting the road together in April, covering much of Alberta and British Columbia. With each recently earning major accolades – Barber’s latest album, Easy Keeper (Acronym Records), is nominated for a Juno Award in the Contemporary Roots Album of the Year category, while Buckley was named Roots Artist of the Year at the 2019 Western Canadian Music Awards – audiences can expect an evening of pure singer-songwriter magic. Tickets for all shows listed below will be available through each artist’s website starting in early March.

Ever since the rave reception of Mariel’s acclaimed sophomore album, Driving In The Dark, she has continued to set the bar for roots music in Canada. The Calgary native’s momentum has built quickly, and she recently earned the Roots Solo Artist of the Year award at the 2019 WCMA’s. She finds herself one of alt-country’s busiest acts, with recent performances in support of k.d. lang, Hayes Carll, Sarah Shook & The Disarmers, The Deep Dark Woods and Serena Ryder; and entertaining audiences throughout North America. In contrast to her dynamic and electric live show, built on the gritty foundations of Americana and roots music, her songwriting has been described as melodic and tender – a “dazzling and assured take on the sounds of classic country” (Jonathan Frahm, PopMatters).

Co-produced by Del Barber and Juno-winner Grant Siemens (Tom Russell, Corb Lund), Easy Keeper was inspired by the virtues of rural Manitoba. On it, Del realized his aspiration to become an “easy keeper,” a reference to the title given to a farm animal that gives more than it takes.

“It’s one who is selfless, the opposite of high-maintenance, which I realized I wasn’t enough of. Moreover it is exactly how I wanted others to describe me,” he said. “Ultimately I think to become an easy keeper is to be someone who is quick to listen. I feel lucky as hell that I have been given a notion of who I am, where I’m from, and what I want to say. I’m 35 years old, and now I feel like I finally know exactly what my job is. I’m just a songwriter.”

Great Lake Swimmers – The Waves, The ...

On relating to audiences and connecting with ...