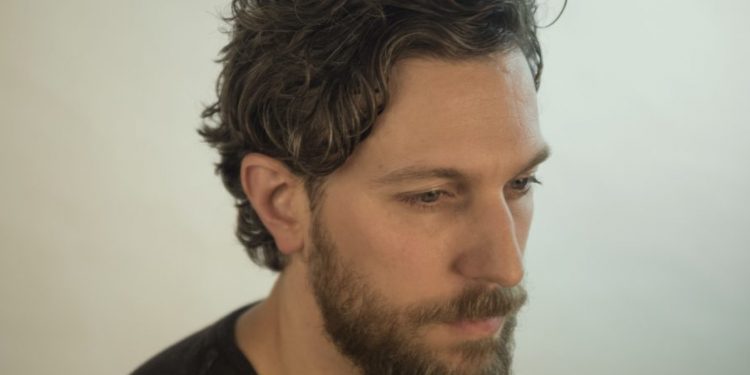 In 2018, Canadian folk-rock band Great Lake Swimmers released their seventh studio album, The Waves, The Wake. The record constituted a significant pivot for the band because Tony Dekker decided to abandon his typical instrument of choice when it came to songwriting, the acoustic guitar, in favour of woodwinds, harp, congas, marimba and pipe organ. However, early demos of a few of the songs that would make their way onto The Waves, The Wake apparently turned out so well that they demanded a full-length acoustic version.

Fast forward to Nov. 8, 2019, and Great Lake Swimmers and Nettwerk Records announce a limited edition vinyl only release, The Waves, The Wake (acoustic), a companion to the original full-band version reminiscent of Craig Cardiff’s critically acclaimed, although simultaneous, release of Love Is Louder.

The Waves, The Wake (acoustic) was co-produced by Tony Dekker and Joe Lapinski and recorded at Lapinski’s WOW! Recording Studio in St. Catharines, ON. While the album has been released as a Great Lake Swimmers album, besides Tony Dekker, the only other musician credited with playing on it is Bret Higgins. He performs a bowed bass arrangement on “Unmaking the Bed” that to my untrained ear sounded like beautiful cello work. Whether the album should be considered a Tony Dekker solo album or a Great Lake Swimmers album is beyond my scope but fans of Tony’s solo work will most certainly appreciate these versions of the songs.

The album is immediately notable for the eye-catching cover art by Niagara artist Geoff Farnsworth entitled Exhalation: Wind Spirit and Waves, which is not only fitting for its title and content but also because the album was only released on vinyl, which is the only format that would provide the listener with the best opportunity to truly appreciate it.

And like the cover art, Great Lake Swimmers’ collection of 12 songs draw the listener into a world open to interpretation and explanation. Both provide an opportunity to see and hear something new with every listen. The songs are truly elemental as the lyrics evoke themes of earth, water, air and fire, all the while commenting on feelings of love, hopefulness, loss and loneliness. Brushed with melodies that paint images of lightness and darkness, the music has a spirituality to it that is inescapable. Great Lake Swimmers continue to expertly craft a reality where the natural is extremely personal.

While the inclusion of the term “acoustic” in the album title may create the expectation that it simply features Tony Dekker and a guitar, the choice of production techniques quickly erases any images of an MTV Unplugged style approach. The Waves, The Wake (acoustic) was carefully recorded with Tony Dekker essentially singing his own backing vocals and using echoes that provide a much fuller sound, but only when needed. The arrangements, while stark in comparison to the original recordings, have been methodically produced and are better because of it.

The decision to only release this album on vinyl is important because this is important music that needs time to steep in order to truly enter the listener’s psyche – something that only the inconvenience of consuming music on a vinyl record would facilitate.

While long-time fans of Great Lake Swimmers will have undoubtably gobbled up the original release and would likely be drawn to acquiring this acoustic version, I’d argue that it should also be viewed out of context with its full-band companion. I’m a strong proponent of artists recording multiple versions of a song. The lyrics and the intended meaning remain the same but the full band, acoustic and live versions of the same song can create entirely new and different experiences for the listener and greatly expand an artist’s audience.

The Waves, The Wake (acoustic), while marketed as a companion and follow-up to The Waves, The Wake, should be viewed as a stand-alone record, and therefore, on the radar of any self-respecting music aficionado.