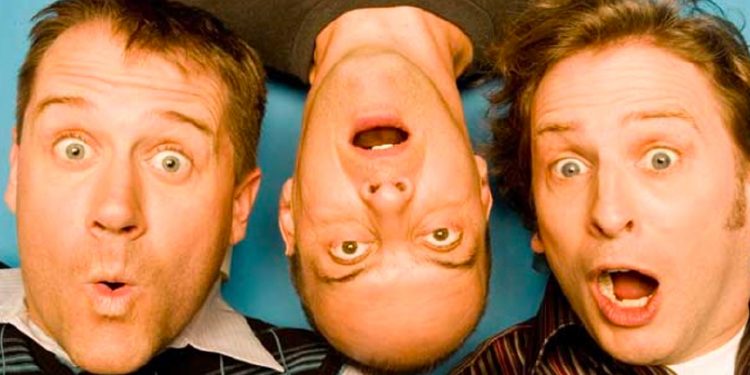 With a line-up that includes award-winning blues-based vocal powerhouse Shakura S’Aida, legendary Irish musicians Altan and Sharon Shannon, Juno nominated new-generation Canadian bluegrass band the Slocan Ramblers, and beloved Canadian musical comedy trio the Arrogant Worms, the Rogue Folk Club truly has something for everyone in this month’s line-up. And as usual, it’s awfully hard to choose what to go see when the options are all so strong.

Two-time Juno nominee Shakura S’Aida got her start as the lead singer of the world music group Kaleefa. But her long-simmering career kicked into high gear in 2008 with a triumph at the International Blues Challenge in Memphis – where she earned the runner-up position competing against more than 100 bands from more than 20 different countries. Since then, she’s been performing at festivals in Dubai, Europe, Australia, Rwanda and Russia, she’s performed on the Legendary Blues Cruise; she’s developed a symphony orchestra concert, Blues in G Minor: 4 Women, featuring the blues music of Etta James, Billie Holiday and Nina Simone; she’s created a four-woman tribute to Nina Simone, The Nina Project, and she’s acted in TV shows such as Lost Girl, Schitt’s Creek and Flashpoint. Shakura, a Maple Blues Award winner, is a versatile vocalist and consummate entertainer who blows audiences away with her scorching vocal style and her uncanny ability to deliver powerful original songs.

Irish multi-instrumentalist Sharon Shannon began her career with the folk/rock group the Waterboys and released a debut solo album in 1991 that became the best-selling album of traditional Irish music ever released there. In the years since then, she has become one of Ireland’s foremost traditional musicians, collaborating with Bono and Adam Clayton of U2, classical violinist Nigel Kennedy, reggae legend Denis Bovell, and the Kodo drummers of Japan – as well as Steve Earle, Jackson Browne, Emmylou Harris and Alison Krauss. Sharon’s work demonstrates a wide-ranging number of musical influences, including reggae, Cajun music, Portuguese music, and French-Canadian music. Her single “What You Make It (da, da, da, da)” featured hip hop artists. She won the lifetime achievement award at the 2009 Meteor Awards, and the Boston Globe once wrote of her that she “defines casual brilliance.”

The Arrogant Worms began in 1991 as a comedy troupe performing songs and sketches on campus radio. The early feedback on the live shows was clear: lose the sketches. So the songs endured, and they all remain because the band hates to throw anything out. The songs were written to make fun of a big dumb world, and many people who agreed that the world was dumb loved them. Hundreds packed the Worms’ sold-out shows to listen to them, sometimes dressed as pirates, sometimes carrying foam alligator cut-outs, and sometimes grabbing the centre, front-row seat in hopes of being picked to play “water” in the song “Rocks and Trees.” If you don’t know what any of that refers to, you need to go to this show. You see, nearly 30 years after this all began, the world is still dumb, and The Arrogant Worms (Mike McCormick, Chris Patterson and Trevor Strong) still have plenty to sing about. The shows are fast, furious and family friendly. The wit is quick, the satire is biting, and the musicianship is second to none. Their appeal has earned them fans from kids to parents to grandparents to Princess Leia.  For real.

Martyn Joseph is a powerful singer and songwriter gifted with the rare ability to speak to the soul with his expressive and poignant lyrics. With a discography of 37 albums spanning 1983 to the present, over a half a million record sales and thousands of live performances, he embodies a versatility of musical styles that touches on folk, rock, soul, folk, funk and Americana. Compared to Bruce Springsteen, John Mayer, Bruce Cockburn and Dave Matthews, he has created his own style and reputation as a mesmerizing live performer giving what thousands have described as the best live music experience of their lives. A unique talent driven by passion, social awareness and love for his trade, he manages to empower and speak for the many.

With founding member Mairéad Ní Mhaonaigh at the helm for over 35 years, Altan continues to be one of the most important live acts to play traditional Irish music in Ireland and on the world stage. The band has toured all over North America and Europe and enjoys popularity in Japan, where the members have performed Altan festivals in the middle of Tokyo to thousands of enthusiastic fans. Altan’s international status and success found very practical recognition when the group was signed in 1996 to Virgin Records, the first Irish band of its kind to be signed by a major label – a deal that spawned gold and platinum records. Altan celebrated its 25th anniversary in 2010 with a symphonic best-of album release and tour of Europe with the RTE Concert Orchestra. It recently released its first printed collection of instrumental music, Altan: The Tunes. And singer and founding member Mairéad Ní Mhaonaigh was the 2017 recipient of the TG4 Gradam Ceoil/Traditional Musician of the Year award, one of Ireland’s highest musical honors.

2020 Juno and CFMA nominee Irish Mythen was one of the most memorable acts from last year’s Vancouver Folk Music Festival, so we’re pleased to welcome her to the Rogue stage. The singer, songwriter, recording artist and award nominee was born and bred in Ireland but now makes her home on Prince Edward Island. Her live performances are a thing of wild emotion as she pours heart and soul into every word she sings. She has a way of delivering her songs that leaves you in awe of her vocal talent and remembering the show, the songs and the performer long after you’ve walked away.

The Slocan Ramblers (2019 Juno Award nominees) are Canada’s bluegrass band to watch. Rooted in tradition, fearlessly creative and possessing a bold, dynamic sound, The Slocans have become a leading light of today’s acoustic music scene. With a reputation for energetic live shows, impeccable musicianship and an uncanny ability to convert anyone within earshot into a lifelong fan, the band has been winning over audiences from Merlefest to RockyGrass and everywhere in between. On their much-anticipated album Queen City Jubilee (2019 Juno Award nominee for Traditional Roots Album of the Year), the Slocans showcase their unique blend of bluegrass, old-time and folk with deep song-writing, lightning-fast instrumentals and sawdust-thick vocals. With their trademark raucous energy, the Slocan Ramblers have recorded an album that showcases them at the top of their game – writing and playing tunes to keep you up all night.

Great Lake Swimmers – The Waves, The ...