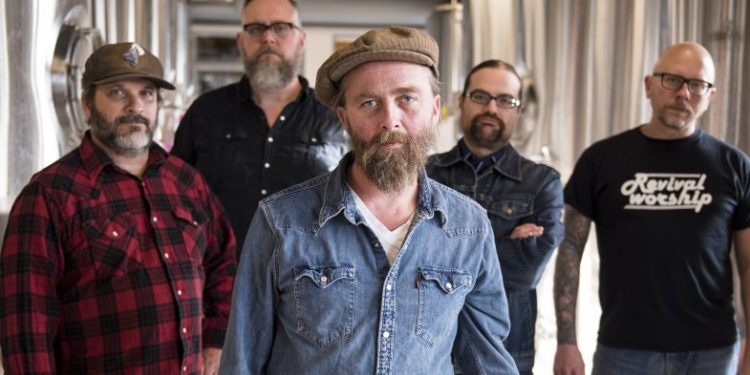 Edmonton roots rocker Ayla Brook (pronounced “Ey–Lah”) makes music as raw and vast as the Canadian Prairies. That’s on full display on Desolation Sounds, the new album by Ayla Brook & The Sound Men, out March 13 on Fallen Tree Records. The first single, “All That I Wanted To Do,” is available now on all digital platforms, and we’re excited to premiere it here.

From his beginnings in Lily Plain, SK to successful records recorded with AA Sound System, to his current solo work, Ayla has never wavered from his original vision of honest roots rock. That vision is brilliantly captured on Desolation Sounds with the help of producer Terra Lightfoot and a mix by Jon Auer of The Posies and Big Star fame. It’s a collection of songs and stories about friends and family, bursting with rock and soul and the western charm that has become the band’s trademark.

That was proven when the band was named Roots Artist of the Year at the 2018 Edmonton Music Awards, the capper to a full summer of folk and indie music festivals. Whether they’re packing dance floors in honky tonks or in rock clubs soaked in wine and whiskey, Ayla Brook & The Sound Men deliver a tapestry of hurtin’ and feelin’ tunes about life on and off the barstools.