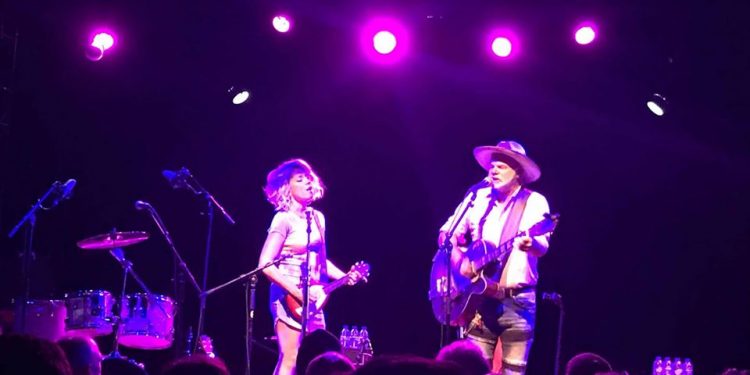 You could easily interpret the headline as a sardonic comment on the notoriously inflated Vancouver real estate market and how it lines the pockets of property developers and their capitalist ilk – but you’d be mistaken (but perhaps not wrong!). It’s really a reference to the city’s famous Rogue Folk Club, which has been bringing live music of the folk and roots variety to various Vancouver venues since 1987. Its remarkable journey through the decades has included shows at the Railway Club, The Savoy, The WISE Club, Centennial Theatre, Massey Theatre, The Commodore, The Chan Centre, the Rio Theatre, Performance Works and Capilano University.

Now firmly ensconced at the delightful Mel Lehan Hall in the St. James Community Square in leafy Kitsilano, The Rogue presents 50-plus shows a year. It offers audiences the opportunity to see and hear some of the most accomplished musicians and singers in the world in a relaxed, intimate setting. It also participates in community events, promotes and nurtures local musicians and entertains, educates and informs fans of folk roots music via concerts, dances, workshops and publications.

Under the ongoing leadership of founder and artistic director Steve Edge and a wonderful team of volunteers, the Rogue Folk Club has been working to ensure that the dawning of the new decade will signal the start of another year of excellent music. On the evidence of January 2020’s concert calendar, this could well be a second incarnation of the roaring 20s!

Things start off in grand style on Jan. 10 and 11 as multiple award winner and Scots-Canadian treasure David Francey graces the Mel Lehan Hall stage. Since his debut album in 1999, he has stunned everyone within hearing range with his simple, moving songs of working life and his mastery of the deceptively difficult art of “just being yourself.” He has an uncanny knack for being able to write songs that sound as if they’ve been your favourites for years – which is exactly what they immediately become. His storytelling and singing creates a feeling of closeness with the audience, and as a result, you feel like you’ve really got to know him over the course of a performance. He has worked with some great players over the years, including Kiran Kane, Kevin Welch, Fats Kaplin, Craig Werth and Mark Westberg. We can’t wait to see who he has in tow this time around.

We’ll barely have time to catch our breath before the inimitable Fred Eaglesmith rolls into the Rogue on Jan. 16. When they made Fred, they broke the mould straight afterwards. He’s truly one-of-a-kind. He has a large, emotionally compelling collection of heartfelt original songs. The rough-hewn poetry of his lyrics tells fine stories and introduces a cast characters to remember. The subject matter ranges from two fisted tales of bad luck, worse love and terrible heartache to romantic ballads and heartfelt laments. Oh, and there’s usually a few about trains and tractors too! He’s currently touring with his life and musical partner Tif Ginn. She is an amazing singer and multi-instrumentalist who can turn her hand to accordion, guitar, melodica, mandolin, ukulele, stand-up bass and percussion. This is a concert to marvel at and never forget.

January will go out with a big, big bang when Beòlach blow in from Cape Breton on the 31. Spearheaded by two fine fiddlers from famed musical families on the Island, Màiri Rankin and Wendy MacIsaac, Beòlach creates innovative and exciting arrangements of traditional Cape Breton, Scottish and Irish tunes for fiddle, bagpipes, piano and guitar. Dancer and piano player Mac Morin provides creative accompaniment and shows off his step dancing chops, and Matt MacIsaac impresses with his virtuosity on whistles and bagpipes. The band has thrilled audiences at festivals around the world with its energetic performances, witty presentation and brilliant musicianship. Now it’s our turn!

Yes indeed, the Rogue Folk Club’s schedule for January 2020 guarantees that we can bring in the new decade with four truly remarkable concerts featuring three of Canada’s greatest live acts. They’ll be lining up round the block in Vancouver, and there’ll be more than a few who’ll be booking flights and planning journeys to make sure they don’t miss out… and who can blame them? There’s always room for new rogues in Vancouver!