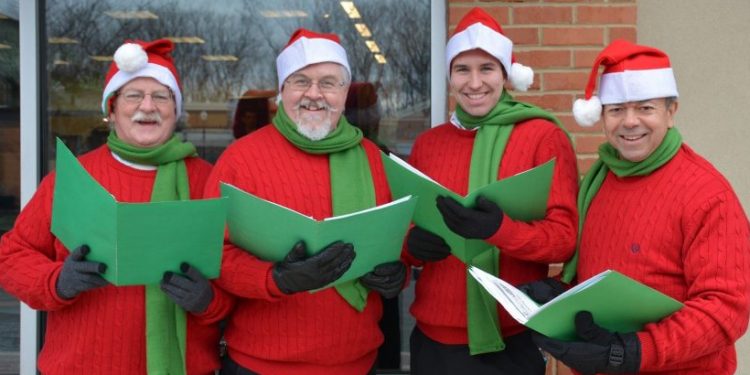 A common thread in many cultures that celebrate the winter solstice, Christmas, Hanukkah, Kwanza and other holidays is music. And most often it seems that participatory music is a favourite. I’ve always been a big supporter of community singing and, over the years, I’ve tried to include singing in my Christmas celebrations.

One of my favourite places to sing is in a pub – singing traditional English pub carols. 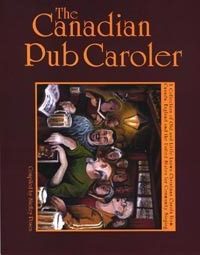 Pub carols became popular in the early 18th and mid-18th century in primarily rural northern England. This was the Victorian era “when music in church was very plain and unadorned,” said Professor Ian Russell, a scholar who has studied these carols extensively. Getting folks to sing celebratory Christmas songs in pubs allowed the songs to shine.

For over 15 years, The Ottawa Folklore Centre sponsored pub carols, the teaching and singing of four-part carols in local pubs.

We started in the mid-1980s, when Shelley Posen, folklorist, song collector, author, and member of Finest Kind, introduced pub caroling at the Swan Pub in nearby Carp. My partner at the time, Terry Penner, and I asked if Shelley would start one at Rasputin’s, next door to the Folklore Centre. Shelley provided the music, which we photocopied and installed in folders. We ran the event the four Sundays before Christmas, and it was a hit from the get go! Shelley is an excellent and patient song leader, and, with our tongues lubricated with beer, the singing was hearty and hugely enjoyable.

When we moved the shop to Bank Street in Old Ottawa South at the turn of the century, we moved the carol singing to Patty’s Pub. It was an excellent venue, and we continued there for more than 10 years.

The sings were so successful that we all thought that we should publish a songbook of the music we sang. OFC Publishing released Shelley’s collection of trad and less-trad songs. The book is called The Canadian Pub Caroler and is replete with songs that Shelley found in old Canadian hymnals, shape notebooks and English pub carol collections. Included in the book is some history, instruction on how to run your own pub caroling session and Terry’s wonderful Christmas cake recipe.

After several years, Shelley passed the lead to some other folks, the last being Roland Graham, conductor of Rideau Chorale. (which started off as the Ottawa Folklore Centre Tuesday Choir!)

Pub caroling has also been introduced in several locations in the USA and elsewhere in Canada (some using our book!) and, of course, it is still a mainstay in England.

Shelley has some used Canadian Pub Caroler books available for $20 Canadian or $15 US, essentially the cost of shipping. You could start your own pub caroling at your local pub. If you’d like a copy, contact Shelley at:

I thoroughly enjoyed singing these songs. They bring back excellent memories and were part of our family Christmas tradition.

A million thanks to Shelley not only for bringing this great tradition to Ottawa but also for his commitment to sharing traditional music with thousands of folks.

“I Heard the Bells on Christmas Day”