Is another Canadian folk song set to become an Irish favourite? 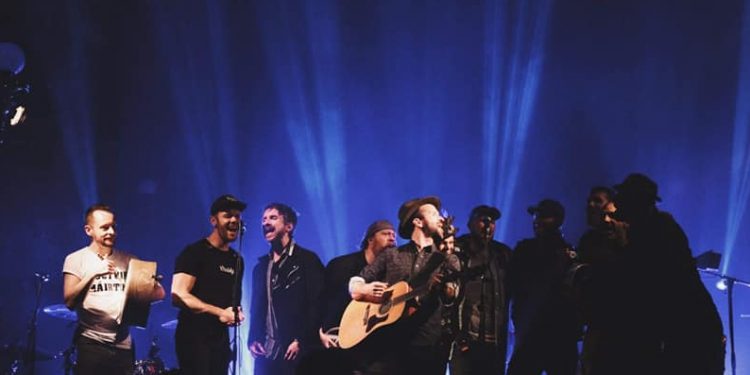 Growing up in the west of Ireland, I assumed, no, I was convinced, that “Sonny’s Dream” was an Irish song. It wasn’t until years later that I would learn it was penned by the late, great, Canadian Ron Hynes.

I feel like many will make a similar assumption after hearing Hermitage Green’s version of “By the Glow of the Kerosene Light.” The song was originally written by Newfoundlander Wince Coles, later popularized by Buddy Wasisname and The Other Fellers and more recently by The Once.

Since adopting the east coast gem into their repertoire, Hermitage Green has made the song a cornerstone of its live set. It serves as a powerful yet intimate experience every single night they perform it.

Recently, I witnessed it myself in all its glory. The Irish men waded through the sold-out crowd at the MOD Club in Toronto to perform the song acoustically amidst the hushed masses – although “By the Glow of the Smart Phone Light” might have been more appropriate that night as excited fans lit up the room trying to capture the magic moment.

Misconceptions of origin aside, there is no mistaking the quality of Hermitage Green’s version. While maintaining the integrity of Cole’s original, this version showcases stunning vocals and harmonies, which are often a prominent feature of the band’s own material.

Listen below and don’t miss Hermitage Green when they return to North America in 2020.

I’m jealous that Toronto’s getting a ‘Be ...