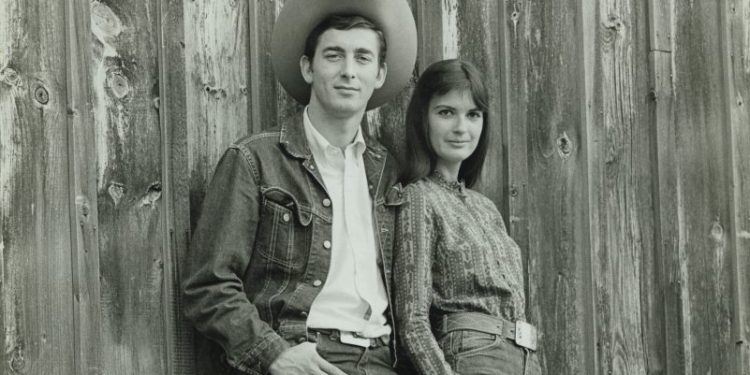 If there’s one fall release that’s bound to be on the Christmas lists of many long-time folk and roots fans it’s got to be Ian & Sylvia: The Lost Tapes, a collection of newly rediscovered live recordings by Ian and Sylvia Tyson dating back to the early 1970s.

Stony Plain Records released it this September, the day after Ian and Sylvia were each inducted as solo artists into the Canadian Songwriters Hall of Fame.

But at least some fans have expressed disappointment that the package does not come with more liner notes.

We here at Roots Music Canada decided to try and remedy that situation, so I reached out to Sylvia to see if she could fill in the blanks – and she explained that there’s a reason there aren’t more details in the album package: a lot of them are truly “lost to the sands of time.”

All the same, she was able to tell me a bit more about the repertoire and how it reflects her and Ian’s musical influences at the time.

Disc One, she explained, is the classic Ian and Sylvia material.  It includes their signature original numbers “Four Strong Winds” and “Summer Wages,” their well-known cover of Steve Gillette and Tom Campbell’s “Darcy Farrow,” and countless traditional numbers, such as “I’ll Fly Away.”

Mike Seeger and the Carter family were major influences on their traditional repertoire, she said, with Mike having likely been the source for “When first Unto this Country” and the Carters being the source of “Will the Circle Be Unbroken,” among others.

Disc Two of the collection is titled “Country Gold” and features covers of songs that were popular at the time – many of them songs that Ian and Sylvia discovered while on tour.

“They would’ve been on the radio probably constantly at the time, and we were on the road a lot and had the radio on in the car, so I would just make notes if we heard something we really liked,” Sylvia said.

Some of those songs are now classics in their own right, including, “That’s the Way Love Goes” – which the duo can be heard introducing on the album as a new song sung by Johnny Rodriguez – and the soul RnB number “Starting All Over Again.”

There are covers of Buck Owens and Utah Phillips that speak to Ian’s tastes at the time, she said, and a version of Rick Nelson’s “So How Long,” which Sylvia was a fan of.

“He was a greatly underrated artist because he had been such a star before he went into music,” she said.

There are also songs that came to the duo, not from the radio but through their musical connections in New York, such as Tom Paxton’s “The Last Thing on My Mind” and Robert Johnson’s “Come on in my Kitchen” – the latter something Dave Van Ronk likely introduced them to, Sylvia said.

“He was kind of the godfather of the folky scene in New York when we got there, and he used to have gatherings at his house, and we would listen to music and play music,” she added.

In addition, the album features the only two known recordings of Sylvia singing duets with Lucille Star: “Silver Threads and Golden Needles” and “Crying Time.”

The recordings have all been expertly restored by producer Danny Greenspoon, and feedback on the album has been extremely positive, Sylvia said.

“I’m hoping that perhaps this collection will inspire some people to revive some more of those songs,” she added.  “They were and are great songs.”