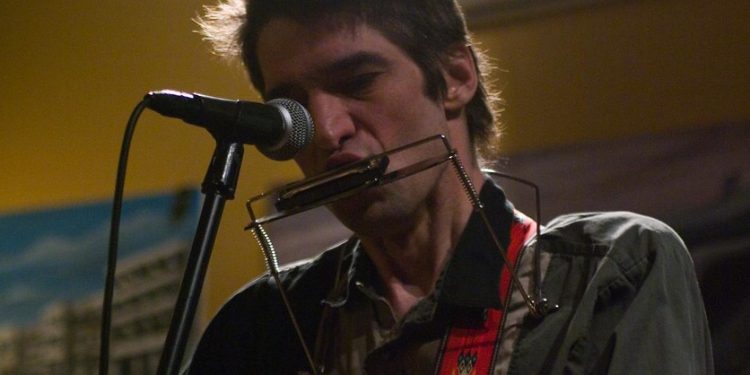 Veteran Toronto singer-songwriter John Borra will release Blue Wine, his first solo album since 2002, early in the new year, and we’re thrilled to offer a preview with the track “Trace in the Wind.” After releasing three albums as part of the band Rattlesnake Choir, John decided to reset things under his own name, but with the help of a top-notch supporting cast that includes Blue Rodeo’s Mike Boguski and Glenn Milchem, as well as longtime collaborator Sam Ferrara.

Additionally, John wrote three of Blue Wine‘s songs with award-winning poet Eva H.D. and included a cover of the Velvet Underground’s “Foggy Notion” featuring Barenaked Ladies’ keyboardist Kevin Hearn, who also served as Lou Reed’s bandleader. With “Trace in the Wind,” John pays tribute to his close friend, actress Tracy Wright, who sadly died of cancer in 2010. However, the song’s inspirational tone is a fitting reminder of the lasting impact people leave behind.

After being a part of several seminal Toronto underground bands in the 1980s and ’90s, such as A Neon Rome, Change Of Heart and Groovy Religion, John picked up the torch passed down by Canadian alt-country pioneer Handsome Ned. Building on Ned’s raw energy and devotion to classic country themes, John released several acclaimed albums while also lending his musical talents to Ron Sexsmith, Serena Ryder and others.

Of Blue Wine, John said, “The writing process for this one felt much like a first record – many sources and many years in the making. When I started out in the early 1980s in post-punk bands, the goal was to try to do something new and artistically important. That’s what everyone was going for at that time, and I’ve tried to maintain that aesthetic through everything I’ve done since.”

Indeed, with Blue Wine John Borra is ready to step out on his own again with a powerful collection that touches on all aspects of his personal and musical journey. Find out more at www.johnborra.com.