Moth Nor Rust ll: Jon Brooks updates his inventory of what’s within us 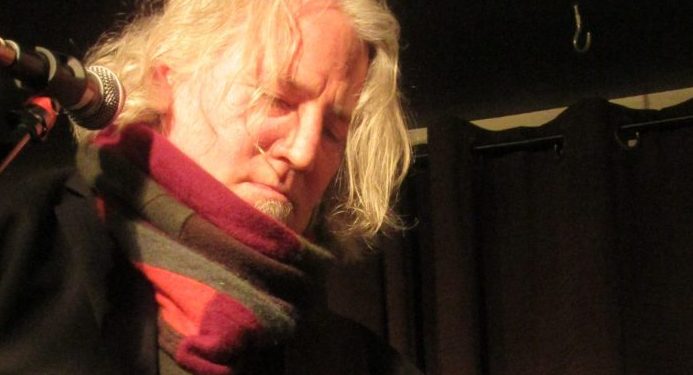 Jon Brooks spoke to Paul Corby recently about his new project, Moth Nor Rust II.  Here is Jon’s take on the album in his own words as told to Paul.

This new album is called Moth Nor Rust ll.  It refers to an album, all solo and acoustic, that I made with Jason LaPrade back in 2009. It was my third CD at the time, and it went out of print right away, and it was long before I was touring the States or Australia or parts of Canada. It was full of songs that worked really well live because they weren’t war stories, and they weren’t murder ballads, and they weren’t turgid songs about homelessness or Irish immigrants. This album was originally recorded in an effort to find songs to make all those other songs possible in a two-set night. I still play these songs. So now was just a good time to bring them into the present tense.

This is a re-recording – some call it a re-imagining. Whatever. The album references the times in which the original record was made. I wanted to commemorate the people involved in its inception. I remember James Gray in the dedication, who we lost how long ago now? Six years? He played on my first two albums – so attentive and concentrated, but endlessly full of soul and recklessness. And [there was also] Rosemary Phelan, who was a great songwriter and all round human being. Her presence counted for something on that album. Jason of course was her producer and husband. She tragically passed in May 2015. Without much effort, we were able to edit in tape loops of her voice.  I just love the idea of these songs transcending time and place, and in her case, literally.

With a new chance to visit these songs, I couldn’t resist building in a few upgrades. First, I introduced them to my band, The Outskirts of Approval. Vivienne Wilder on bass and vocals is a shattering talent. Ed Hanley on tablas – he’s the real deal, and John Showman who has played on four of my records now, and a young songwriter from the near north, Christina Hutt, on vocals. I dropped one song: “God Part lV.” I’ve spent a lot of time writing about God and will continue to. I like the song. There’s nothing wrong with it… “What a lot a little more justice can bring.” Today’s audience do not want that kind of easy hope. It’s one of the songwriter’s first jobs to be optimistic, but to a degree. You can’t equate God and justice. We are so far beyond that. But the new song, “High Five” was meant to be an answer to that. It’s a zen koan snapshot of a moment of humanity which epitomizes the beauty of God. And musically I like it a lot.

At the risk of repeating myself, my last album, 2018’s No One Travels Alone, had been completely ready to record, but then a pretty big epileptic seizure dislocated two shoulders and set me back.  I went four years without an album. Then this one came together this past January. Now I have two records out two Septembers in a row. I’ve never done that before. It’s getting a lot more love and attention than anything I’ve done in the past. The fact that it was produced by two souls very much connected to the songs certainly helps: Jason, who is a perfectionist, in the good sense, and my long-time friend whom I’ve been playing with since 1986, Neil Cruickshank, who plays anything with strings on it. We spent a lot of time on little details. And the support is there from Fallen Tree Records, a new label out of Edmonton. They’re inspired by what I do. They understand my purpose.

We’ve already had our launch at the Dakota Tavern. In December I’ll be in the Junction for a month of residencies at La Rev. And Sad Mondays will be back at The Cameron in January.

All in all, I wanted to do an album bringing together all the positive things that make us human. When I started to enumerate them, they are all intangible: memory, inspiration, faith, vigilance, hope, trust, pride, wonder: all the things that neither moth nor rust can touch. Thus the lyric, “If it’s not love, we can’t take it when we go.”