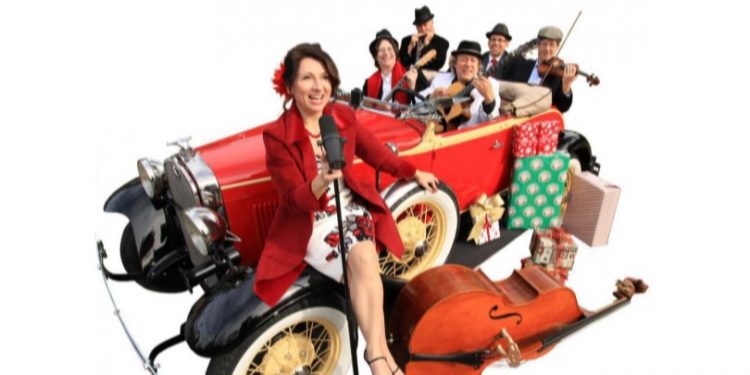 There’s still time to catch some great live music at Vancouver’s Rogue Folk Club before the holiday madness completely takes over.  There are two fantastic shows at the beginning of December, and a big-time crowd-pleaser – Van Django’s Cool Yule – to send you merrily into Christmas.

Like the powerful mandolinist and composer at the helm, John Reischman and the Jaybirds fashion a stylish take on bluegrass that seamlessly blends original songs and instrumentals with Appalachian old-time music for a truly unique band sound. Now in their 20th year, with seven acclaimed albums and two Juno nominations under their belts, the Jaybirds play music that is simultaneously innovative and unadorned, sophisticated and stripped-down, happily old-fashioned and 21st-century contemporary. Bluegrass Unlimited has called John Reischman “one of the world’s undisputed masters” of the mandolin, famed for outstanding tone and taste.

Guitarist Charlie Hunter and vocalist Lucy Woodward joined forces in 2018, and the chemistry was undeniable. Within a year, they released their debut duo album, Music!Music!Music!, bringing their thrilling intensity to reimaginings of blues hits by Blind Willie Johnson and Bessie Smith, soulful songs sung by Nina Simone, and jazz standards popularized by Ella Fitzgerald and Teresa Brewer. Charlie had previously worked with the likes of Norah Jones, Mos Def, John Mayer, and D’Angelo and is widely considered the authority on the seven and eight–string guitar. Lucy had been blazing her own path since the 2003 release of her Top 40 radio hit “Dumb Girls.” She has sung live with Pink Martini and WDR Big Band and has sung background vocals for icons such as Rod Stewart, Celine Dion, and Barbra Streisand.

Renowned for being quality musicians and great entertainers, Van Django delivers a variety show that is a festive Christmas mix of nostalgic favourites, jazz standards, pop tunes, classical elements, and sing-alongs – plus a few surprises – all delivered in swinging gypsy jazz style. Folks of all ages can celebrate the season at this fun and festive yule-time show. It was a huge success when the band performed it at St James Hall at Christmas in 2013, 2014, 2015, 2016, 2017 and 2018, so the band returns to the Rogue this year – this time with stellar vocalist L.J. Mounteney.  The perfect answer to the winter’s chill is to come share some hot and swinging Christmas cheer with Van Django.

The Canadian Songwriters Hall of Fame is ...