Leonard Cohen – Thanks for the Dance 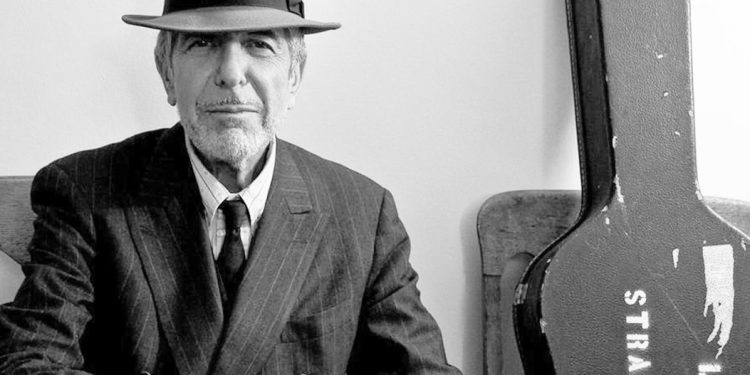 Mike Regenstreif has written about folk music since the 1970s for Sing Out, the Montreal Gazette and other outlets.  He reviews new albums on his blog at frfb.blogspot.com.  We’re super thrilled that he shared with us his review of the new Leonard Cohen album. Thanks, Mike!

Three years ago, Leonard Cohen released You Want It Darker. As I wrote at the time, the album was “a masterwork filled with conversational and hypnotically mesmerizing song-poems layered with meaning that both reveal more every time they are heard and suggest new avenues of meaning and interpretation rendering them ever mysterious.”

When Leonard died less than three weeks after You Want It Darker was released, it was assumed that it was his final work. The album was produced by Adam Cohen, Leonard’s son, himself an accomplished singer-songwriter. As we now know, rough sketches for more songs – essentially Leonard reciting or gently singing his song-poems – were recorded during those sessions. Near the end of his life, Leonard tasked Adam with completing the songs. The result is Thanks for the Dance, yet another Leonard Cohen masterwork of nine song-poems, seven of which have musical settings composed or co-composed by Adam.

The album opens with “Happens to the Heart,” a sometimes-oblique look back at love and relationships and searches through religion and philosophy. A key verse seems to be an ultimate rejection of the Zen master Leonard studied with and served for several years (and who was eventually revealed to be a sexual predator). Aside from Leonard’s deeply compelling voice – it is compelling throughout the album – the track is highlighted by the Spanish laud virtuosity of Javier Mas (Mas also plays guitar on several of the other songs on the album).

Then comes “Moving On,” a lovely Mediterranean-sounding reminiscence of Marianne Ihlen. Marianne – who inspired several of Leonard’s greatest early songs, including the anthemic “So Long, Marianne” – died just four months before Leonard. Later in the album, Leonard sings “It’s Torn,” which I suspect may also have been inspired by Marianne’s passing.

The Spanish poet, Federico García Lorca, was one of Leonard’s literary influences, and I suspect that “The Night of Santiago,” was at least partially inspired by Lorca’s poem “Santiago,” which was inspired by James, the patron saint of Spain. Leonard’s song, with its gentle flamenco arrangement, is a detailed, dream-like evocation of a seduction of a seemingly forbidden woman.

“Thanks for the Dance,” the album’s title song, is a re-imagined version of a song that originally appeared on Blue Alert, a 2006 album by Anjani Thomas, produced by Leonard. This version, perhaps a farewell to another lover, is set as a quiet waltz.

In “The Goal,” a very short poem-song at just over a minute in length, Leonard seems to be poignantly reflecting on his condition, knowing that death is near.

“Puppets,” a rumination on the Holocaust, war and political chaos, is certainly one of the most powerful songs on the album. Its arrangement features profoundly performed vocals by two choirs: Cantus Domus, a choir of women from Berlin, and the Shaar Hashomayim Men’s Choir from Leonard’s home synagogue in Montreal (the Shaar Choir’s vocals were also a highlight on two songs from You Want It Darker).

In “The Hills,” the penultimate song, Leonard again seems to be pondering the end of life. “The system is shot/I’m living on pills/For which I thank God,” he sings in the refrain.

Like so much of Leonard’s other work, I suspect that more layers of meaning will be revealed each time I listen to Thanks for the Dance.

The Canadian Songwriters Hall of Fame is ...