Dave Gunning – Up Against the Sky (vinyl) 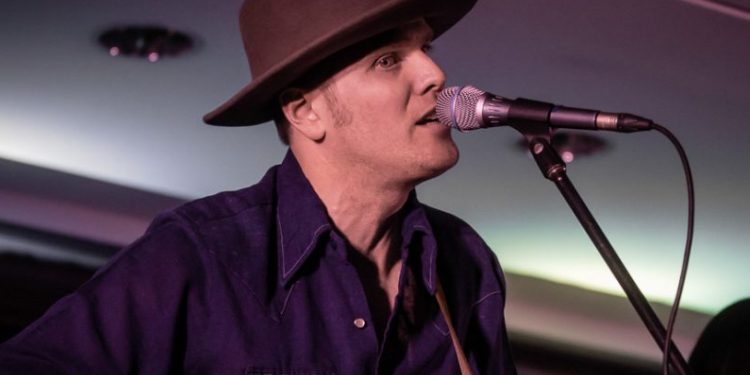 While I’d heard of award-winning Canadian folk singer-songwriter Dave Gunning, I’d yet to see him live. Thankfully, a trip to the 2017 Kingsville Folk Music Festival in Kingsville, ON would make things right. My wife and I were fortunate enough to see Dave perform a few times over the weekend festival, both at workshops and on the mainstage with his long-time friend JP Cormier. I knew Dave had been performing for decades, so I wasn’t surprised by his professionalism and the quality of his performances, but I was struck by his air of humility and the humorous stories that he shared between most of his songs. I looked forward to seeing him again.

Unfortunately, I keep missing Dave Gunning’s southern Ontario dates but I was thrilled when his latest release arrived on my doorstep for me to review for Roots Music Canada.

Surprisingly, Up Against the Sky is Dave Gunning’s first vinyl release! As a record collector, I can only hope that Dave can justify the expense and continues to release forthcoming albums on vinyl.

The easier and less expensive approach to recording Dave’s latest album would’ve been to make a record with just himself and his guitar, but I suspect that Dave isn’t the type of guy to take the easy way. The result is an album that features beautiful string, piano and horn arrangements and fantastic guitar that all serve to shine the spotlight brightly on honest lyrics about real life.

Up Against the Sky opens strong with the anthemic feeling “All That’s Yet To Come,” a song about owning the past, being proud of your accomplishments and moving forward. Jamie Robinson’s baritone electric guitar and organ-playing perfectly amplify lyrics co-written by Dave and Ray Stewart.

“Circle Of Boots” is just a beautiful song about camaraderie and friendships that only strengthen with age. It features excellent electric guitar by Dave and a string arrangement by Natalie Williams Calhoun.

“Celebrate the Crop” is a country-folk tale of hardship and harvest that expresses the hopefulness found at the heart of any rural community. It features awesome fiddle playing by JP Cormier.

“Horse for Sale” pulls at the heartstrings when Dave sings this song of suffering co-written with Ray Stewart and featuring beautiful piano by Jamie Robinson.

“Ferris Wheel” is a touching song about falling in love at the county fair, an experience that anyone who’s grown up in rural Canada can relate to and appreciate.

Side two opens with “In the Time I Was Away,” a song about the challenges that come from being away from loved ones for too long, something Dave has surely had to grapple with as a touring musician. Andrew Alcorn’s flugelhorn playing is simply fantastic and elevates the song to a whole other level.

“The Loyal Fisherman” is a haunting song that spins a tale of secret lovers and betrayal. Featuring a stormy sea and a raging fire, the song grips you from start to finish.

“Wish I Was Wrong” is a timely and, in my opinion, much-needed protest song. Dave should be commended for co-writing an excellent song about climate change that environmental groups will most certainly start using in their campaigns.

“Nothing On Me” is a great confessional co-written with Jamie Robinson and notable because Mark Lang is credited in the liner notes with playing a garbage can and a toolbox. That has to be a first!

Up Against the Sky concludes with the stand-out tear-jerker of the album. “Beyond the Day” is a poignant song that muses about what might come next after we die. While Dave may not have intended to pen the perfect funeral song, I can foresee grieving families gravitating toward it.

I thoroughly enjoyed Up Against the Sky, and it left me wanting to hear more from Dave and get my hands on his back catalogue. Kudos to Dave for following his instincts regarding the recording process and for releasing what I hope will be the first of many vinyl records!