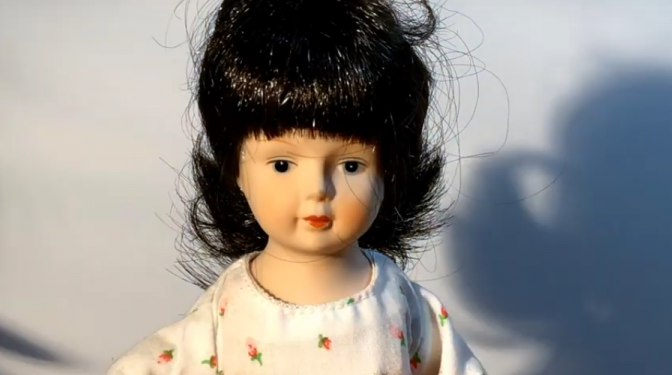 We love Linda McRae here at Roots Music Canada, and we’re super excited to be premiering her brand new stop motion video for “Long Shadow Trail” from her new album, Going to the Well.  Best of all, Linda personally wrote us a little piece about how she made the video – and we’re so inspired that we might have to download some apps this weekend and try making our own. We don’t expect to do nearly as well as Linda did on our first try though.  This is a mighty impressive piece of work!

Well here it is: my first stop motion animation video. I had a blast making it. “How’d it come about?” you might ask. Well, my friend and the producer of my new recording, Deni Gauthier, was the one who encouraged me to try it out.

One thing I’ve always found difficult is trying to create at home due to all the distractions of keeping oneself afloat as an artist, so in order to carve out some time and space for myself, I applied to Escape To Create’s yearly artist residency and was fortunate to have been accepted for their February 2019 intake.

Deni and his wife, Angie, had made a stop-motion video for his song “Into The West” (https://www.youtube.com/watch?v=0_muQrn5S7o ) and told me I should try my hand at it. Their video is really fantastic, so I decided to give it a go. 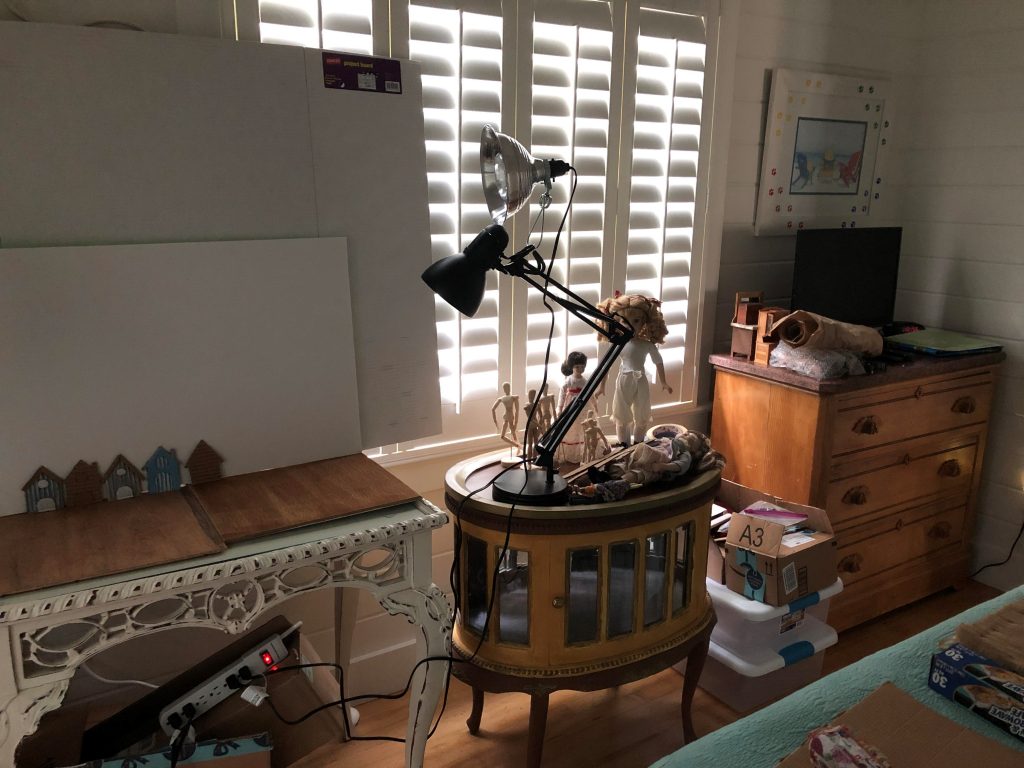 Deni had given me a few tips on the things I would need, so I set about doing my research. I would need a tri-pod and remote shutter, a smart phone (I used an iPhone 8+), a couple of free or next-to-free aps (I Stop Camera, I Stop Motion, Clips), a white board, a green screen, some simple lights, and some light clamps, filters etc. I decided I would use actual objects in my video instead of drawing the figures, so I started looking in thrift stores and online for articulated figurines, dolls, etc.

I gathered all my equipment together, and on the last day of January 2019, my husband, James, drove me down to Seaside, FL where I would spend the entire month of February in an incredible three-bedroom house all to myself!

Once I got settled into the house, I set about putting together my workstation.

I originally set everything up in one of the bedrooms but moved everything into the living room instead as I had more space for everything. 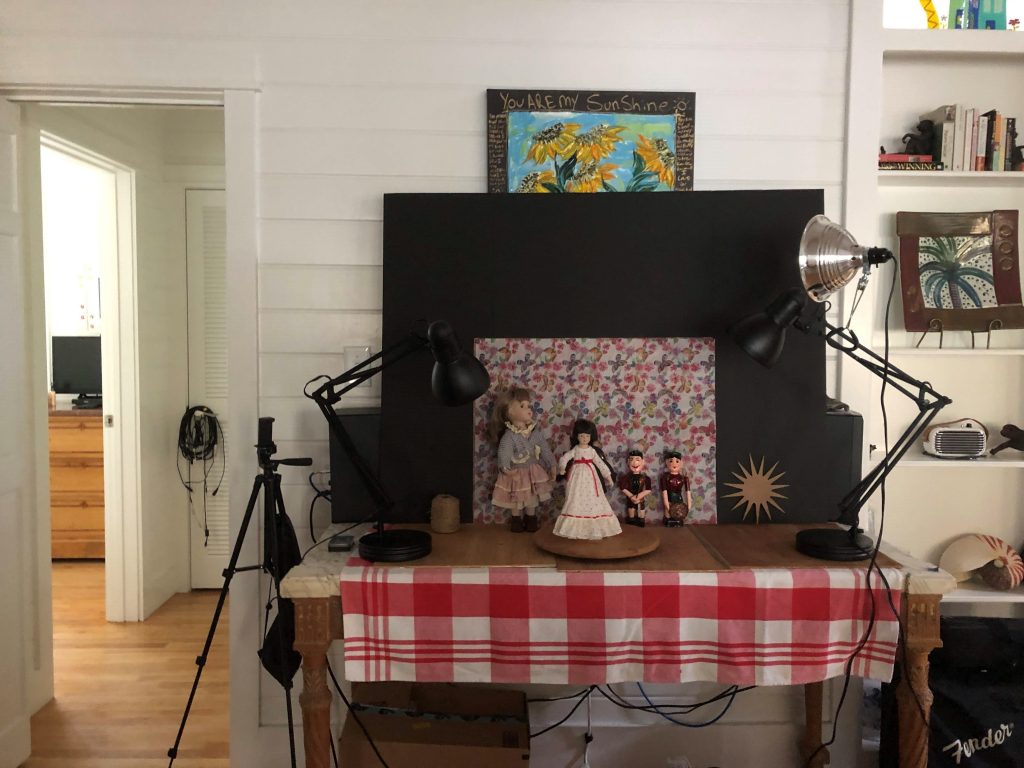 Deni also mentioned that in order to have control over the lighting, they used construction paper to black out all the windows. As I didn’t want to do that and risk damaging the paint, etc., where I was staying, I decided to film everything at night instead.

I made a few little houses out of old cardboard boxes I stripped down and cut using an exacto knife.

It took some experimenting getting the lighting right and figuring out the apps and how to use them, but once I got going, it was pretty straight-forward. It took a total of about two weeks of filming in the evenings to finish the video. I spent another week or so editing and updating the video to where it is now.