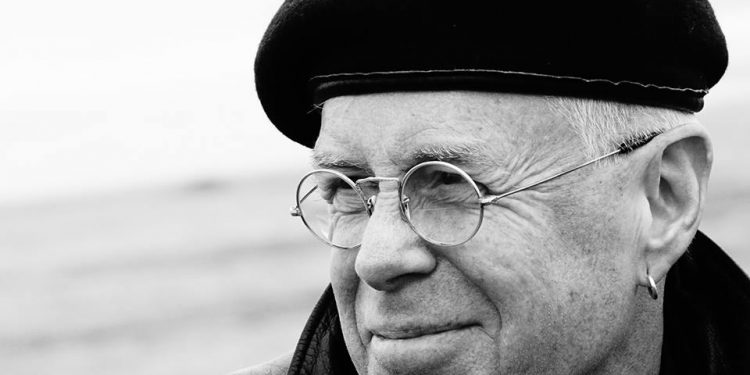 Bruce Cockburn graced the stage of Centennial Hall in London, ON last Sunday evening to perform in front of an enthusiastic crowd in support of his 34th album, Crowing Ignites. It was produced by his long-time confidant Colin Linden and released Sept. 20 on True North Records.

For his current tour, Bruce put together an especially unique live show. Fans will be treated to a duo performance for the first time in over 45 years! The last time this happened was during Bruce’s Salt, Sun and Time tour when he was accompanied by guitarist Gene Martynec. This time around he’s sharing the stage with his incredibly talented nephew, multi-instrumentalist John Aaron Cockburn, who fans will recognize from Bruce’s Bone on Bone tour.

While hardcore fans are likely to catch Bruce every time he passes through their city, casual fans may be thinking of skipping Bruce’s current tour, especially if they caught one of the Bone On Bone shows. This would be a mistake. I saw Bruce as recently as last July, and in my opinion, seeing his duo show is a concert not to be missed.

I don’t know how Bruce does it, but he keeps sounding better than ever, and the set list (posted below this article) included a number of different songs than in previous shows. The majority of the songs were from Bruce’s last two albums, but he dug deep through his back catalogue and treated fans to “When The Sun Goes Nova” from 1974.

Bruce could’ve easily chosen to perform solo in support of Crowing Ignites but the addition of John Aaron Cockburn makes for a more pleasing looking and sounding show. John Aaron’s backing vocals only served to compliment Bruce’s own and easily elevated each song he sang on. The same could be said about John Aaron’s skillful accordion playing. It just made every song sound just that much more full. Unfortunately, I felt that on a few occasions when he joined Bruce on guitar, it was mildly distracting. “Night Train” was one example of this, except for the end of the song. Sometimes you just want to hear Bruce playing guitar and no one else.

Speaking of guitars, fans will be happy to hear that Bruce brought his arsenal with him on this tour. He opened the show with “Bardo Rush,” a fast-paced and blues-tinged instrumental off Crowing Ignites, which he played on his Tony Karol baritone guitar. He delighted in blinding the crowd when he pulled out his shiny dobro for songs such as “Child of the Wind” and “3 Al Purdys.” His Linda Manzer 12-string sounded incredible on both “Jesus Train” and “Call It Democracy.” For “Bone In My Ear,” Bruce pulled out his small-but-mighty green Linda Manzer charango and played chimes with his left foot while John Aaron accompanied him on accordion.

The evenings highlight for me was “Lovers In A Dangerous Time.” It’s my personal favourite, and I didn’t have to wait long to hear it as it was the third song in Bruce’s set. While I’ve heard it live a number of times, there was just something special about this performance. Bruce sounded even better vocally than in previous performances, but credit is most certainly due to John Aaron for his flawless accompaniment.

Bruce did play one song by himself. Following the intermission, he returned to the stage alone and performed the beautiful instrumental “April In Memphis,” a song written on Martin Luther King Day that appears on Crowing Ignites.

During the concert, a few enthusiastic fans shouted out, “We Love You Bruce,” and the second half ended with a resounding standing ovation after which Bruce and John Aaron returned to the stage for a three-song encore.

It was an excellent show and one of my favourite Bruce Cockburn concerts of the seven I’ve been lucky enough to attend. I highly recommend it for even the casual Bruce Cockburn fan.

“When You Give It Away” (Breakfast in New Orleans, Dinner in Timbuktu)

“Night Train” (The Charity of Night)

“World Of Wonders” (World of Wonders)

“Child of the Wind” (Nothing but a Burning Light)

“All The Diamonds” (Salt, Sun and Time)

“Call It Democracy” (World of Wonders)

“Wonder Where The Lions Are” (Dancing in the Dragon’s Jaws)

“If A Tree Falls” (Big Circumstance)

“Look How Far” (Breakfast in New Orleans, Dinner in Timbuktu)