Jerry Leger talks about his new album, Time out for Tomorrow 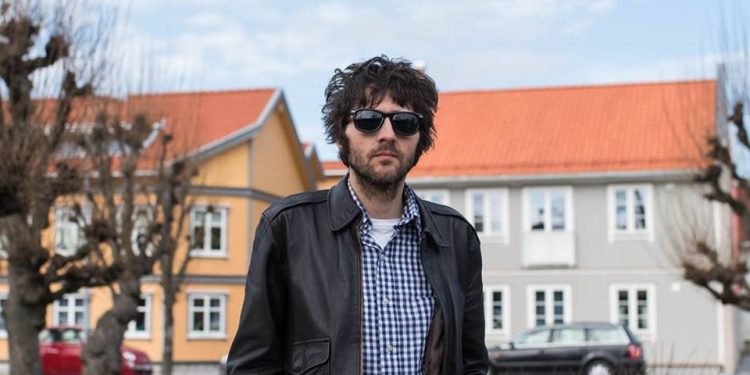 Jerry Leger took some time out of his busy schedule to chat with Roots Music Canada about his love of vinyl, his career, and his forthcoming release, Time Out For Tomorrow, available on vinyl Nov. 8 on Latent Recordings.

Jerry is a critically acclaimed Canadian singer/songwriter that’s clearly ahead of his time. He started releasing his albums on vinyl as early as 2010’s Travelling Grey.

“I’ve been buying vinyl since I was a little kid,” he said. “The first album I bought when I was eight was John Lennon’s Mind Games album. When I was about five or six, my Dad gave me a stack of records and a record player, and that started me off. I love records. There’s just something about it that you don’t get from listening to stuff digitally. It’s hard to hand down files to your kids. I like listening to albums from start to finish.”

Jerry’s debut album was released in 2005 when he was still a teenager. He admitted that he often felt like an outsider while coming of age in Toronto’s East End.

“Growing up and still living in the East End of Toronto you’re very separated from where the action is, and those scenes,” he said. I remember feeling very kind of not part of people’s treehouses, or on the outside looking in when I would go downtown. I was never in the cool groups. I was never invited into those circles. I always felt very separated from that living in the East End.”

But Jerry’s love of music would force him out of his comfort zone resulting in him sneaking into Toronto bars to perform when he was just 17 years old. It also resulted in him meeting another eastender, producer and musician Tim Bovaconti, who ended up opening a lot of doors for the artist. Tim would go on to produce or co-produce Jerry’s first five albums.

Jerry’s East End lifestyle did lead to a chance meeting with another famous Canadian artist.

“Ron (Sexsmith) used to live in the East End,” he said. “The first time I met him was when I was working at Home Hardware and he would come in, and of course, I knew who he was. I gave him a demo CD, and he actually listened to it and liked it and gave some cool feedback.”

Jerry’s incredibly tight backing band is known as the Situation. Jerry’s high school friend, drummer Kyle Sullivan, appeared on his debut album and has remained a member of the Situation ever since. By Jerry’s third album, 2008’s You, Me and the Horse, Jerry and Kyle were joined by guitarist James McKie and bassist Dan Mock, forming the lineup that remains over twelve years later.

Jerry explained, “We’re friends and we get along. That’s a big part of it. We’re all invested in a way in bringing something honest, whatever ‘honest’ means. Maybe the word ‘honest’ isn’t honest, but whatever ‘honest’ means, in what we’re doing, that’s what we’re trying to bring to people. And I think we all personally get off on that. Especially when other people get into it.”

So, it’s no surprise that when I caught Jerry and the Situation’s late-night set on the closing night of the second annual Troubadour Festival in Barrie, ON last month, I saw a well-oiled machine that continues to enjoy playing music together and playing music in front of an audience. The band’s set included several songs from Jerry’s forthcoming album Time Out For Tomorrow.

“You let the music go in whatever direction it wants to go for that time period. The next record, I don’t know what it’s going to sound like. I don’t think always under the same umbrella. Some songs are more observational. Some songs have a piece of my life in it just ’cause you can’t always help it.”

Together with producer Michael Timmins (Cowboy Junkies), Jerry and his band would record 20 songs, finally settling on 10 that would form the album version. Most of the songs were written specifically for Time Out For Tomorrow, with the exception of “Tell A Lie.” While it was originally recorded during 2017’s Nonsense and Heartache sessions, Jerry didn’t feel that it fit the concept for that album. Thankfully, when it came time to record his next album, he found the right place for the song and re-recorded it for Time Out For Tomorrow.

The last song to be written for Time Out For Tomorrow would turn out to be the first track on the album, “Canvas Of Gold,” a beautiful, well-crafted song that perfectly sets the tone for the entire album.

“Burchell Lake” was inspired by Ghost Towns of Ontario: Field Guide Vol. 2., a book by Canadian author Ron Brown. The song is about the town of Burchell Lake, an actual ghost town located southwest of Thunder Bay, ON.

“Nobody knows Ontario like Ron Brown,” Jerry explained. He’d owned the book for several years and, while he hasn’t been able to visit Burchell Lake, it did inspire him to embark on a ghost town road trip down Highway 7 all the way to Ottawa a few years ago.

I’m fortunate enough to own five of Jerry Leger’s albums, and after listening to Time Out For Tomorrow, I felt compelled to listen to his previous albums to try and hear if and how Jerry has evolved as a songwriter and performer.

In my opinion, Jerry Leger’s greatest strength is his songwriting. It’s been strong for years and Time Out For Tomorrow is another great example of that strength. It features lyrics and arrangements that don’t feel the least bit contrived or formulaic. Jerry chooses not to be constricted by rigid song structure, in favour of letting the feel of the song dictate how it will unfold. The result is a fantastic album that easily engages the listener from start to finish.

I certainly lost myself during Jerry Leger’s Troubadour Festival set and again when I previewed my advance copy of his forthcoming album. If you’re looking to escape into honest stories told through song I’d highly recommend Jerry Leger and the Situation’s Time Out For Tomorrow.