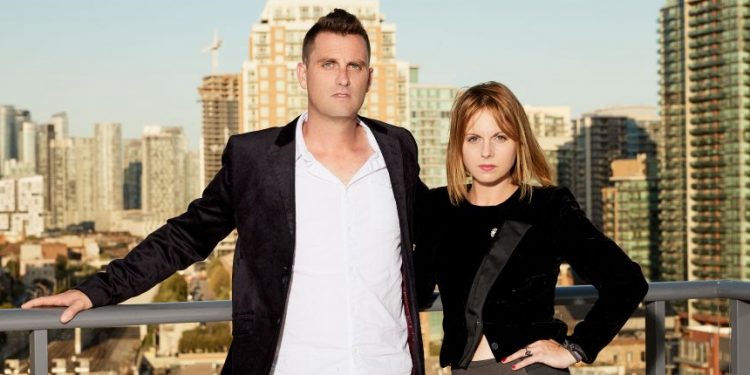 In mixing elements of indie pop and urban folk, Toronto-based duo The Cassidys is not easily categorized. But one listen to their debut album Tula — officially available Nov. 1 — makes it clear that their simple intention is to bring together listeners of all stripes with unforgettable melodies and positive messages. We’re thrilled to be able to premiere the title track here, and you can hear more at The Cassidys’ Bandcamp page.

Tula also marks a turning point for singer/guitarist Mark Cassidy and multi-instrumentalist Lara Goulding after several years of musical experimentation. After finding each other—Mark’s a Toronto native and Lara’s originally from Auckland, New Zealand—their next goal was to find a sound. They took their first steps on that path playing strictly folk music, basically anywhere and everywhere they could. The focus then shifted to composing electronica/dance pieces at home, before a return to the bars (and even weddings) as a cover band.

But all of that experience over a three-year period was eventually channeled into a cache of new, original songs that chronicled their highs and lows while incorporating aspects of all the genres in which they were dabbling. The first completed song was called “Tula,” and both Mark and Lara instinctively knew that the joy of its creation represented a new phase of their musical journey.

“These songs are really about our lives, our hopes and our dreams,” Lara said. “We both always wrote on our own, but this was a first for us in that we composed and arranged the songs for this project together. It is a true collaboration, and each of our influences are pretty clear to discern in the music.”

Mark added, “The song ‘Tula’ is a snapshot of a particular time in our recent life. Musically, it grew out of Lara’s love of Beethoven—the king of riffs—going back to her classical training, combined with a desire to write something on the banjo that would stick in your head. I think we were able to achieve that with the song.”

For Mark, the goal has always been to combine the songwriting prowess of the Beatles with the soulful vocals of Marvin Gaye, along with a healthy dash of ‘90s Brit-pop for good measure. For her part, Lara balances her classical background by keeping up with current pop hits that are part of the lessons she gives her young piano and guitars students. It adds up to some unexpected sonic delights on Tula, as on the track, “Cannonball,” which builds from a simple piano/vocal intro to a euphoric full-band crescendo.

“That was an old song Mark had that I rearranged for piano,” Lara explained. “I had happened to be practicing Oscar Peterson’s ‘Hymn To Freedom’ to play at a close friend’s wedding, and I found that some of the chordings fit with the melody of ‘Cannonball.’ So making that connection really gave the song a whole new life.”

Once they had enough material to consider recording, the pair fortuitously discovered Oak Recording Studio within the Toronto neighbourhood where they reside. Just as it was important to them to build a home in Corktown, where Mark’s family had lived since emigrating from Ireland in the mid-19th century, so too was it important to support a local enterprise.

It’s just another example of The Cassidys’ unpretentious nature that is irresistible. Nowhere is that more evident than on “Song For You,” another of Tula’s standout tracks that shows off the pair’s pop-rock smarts while telling a poignant story. Mark said, “I wrote that for Lara just thinking of her many years of being away from New Zealand and the homesickness that sometimes sets in. It’s partially autobiographical and has a small reference to the neighbourhood in Auckland where she grew up and has many fond memories. It also comments on the struggles of pursuing your artistic dreams and the strength it requires.”

Lara and Mark have found that strength in one another and have no problem revealing it in their music. It’s something that we as listeners can draw strength from as well, particularly on “Be With You,” as pure a love song as you’ll ever hear. Although Mark describes it as his attempt to write the archetypal high school slow-dance song, it beautifully encapsulates everything The Cassidys demonstrate on Tula as a whole—the power of a great piece of music to dispel the darkness. 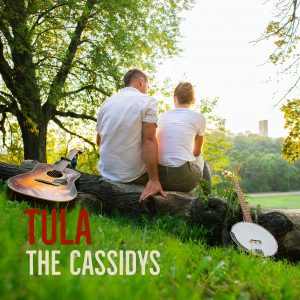