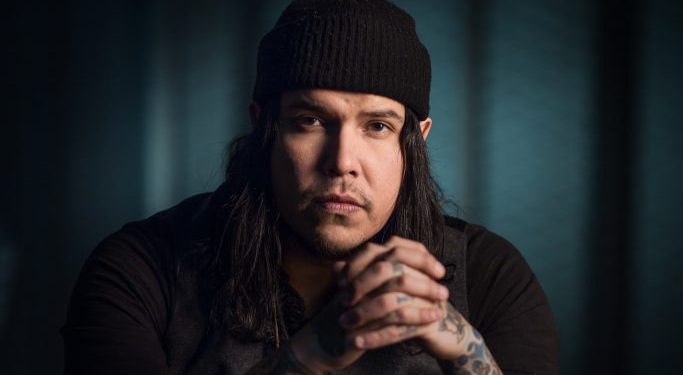 When he was young, Thunder Bay based singer-songwriter and guitarist Nick Sherman’s grandfather would pick him up in the wee hours from his parents’ place in Sioux Lookout and drive up the winter highway to North Caribou Lake First Nation. It was there that Nick accompanied his grandfather while he tended to his trap-line – and also where he heard his grandfather sing and play guitar.

Nearly three decades later, the spirit of those times informs Nick’s own music.

Nick releases his third album, Made Of, on Nov. 1, and we’re super exited to premiere the title track here on Roots Music Canada ahead of its release as a single tomorrow.

“‘Made Of’ was inspired by stories from my uncle on some traumatic experience he had and how he has used his experiences as motivation instead of barriers,” Nick said. “It’s really about knowing what you’re made of because of the things we all go through in life.”

It also features a new recording of Nick’s song “Winterdark” from his album Drag Your Words Through because the song is about young Indigenous people being forced to relocate to larger urban centres for high school. It is sadly still relevant today, Nick said

“There were a lot of issues with young Indigenous people dying in Thunder Bay, being found in the river here. It’s nine years later, and that’s still happening,” he said. “Every fall, plane loads of kids get flown into this city, and they still come here with this threat, worrying about what could happen to them.”