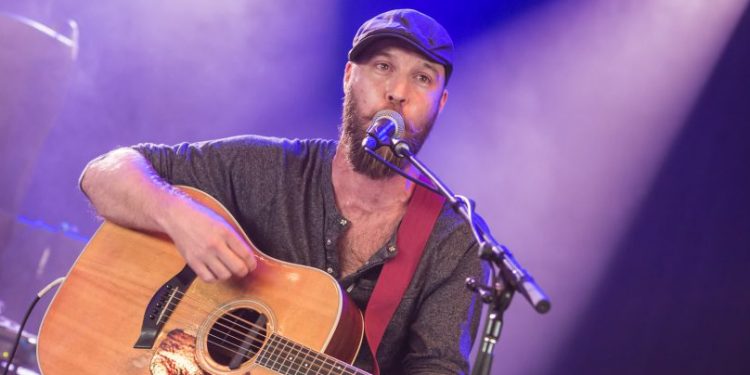 Brock Zeman performing at the RBC Bluesfest in Ottawa on Saturday, July 7 2018.

In 2014, Jeff Carter, managing director of Hunters Bay Radio, suggested that I host a radio show about songwriting. I was apprehensive but reluctantly accepted the offer. I did not know it at the time, but my decision to produce and host the show Lyrical Workers was one of the best I’ve ever made. For well over 40 years, I’d been interested in the craft of writing songs, but for most of that time, I’d been writing in a vacuum. I had no mentors or friends who shared my love of the craft. Gradually, after we’d moved to the Almaguin Highlands, I came to know many of the writers in this local community. By osmosis I absorbed a lot of the music that they liked. As I produced my weekly show, I learned about new writers every week. As an American ex-patriot, I had some catching up to do to apprise myself of all the Canadian artists. Artists that I’d never heard of before have now become my favorites. Writers such as Jon Brooks, Garnet Rogers, Stephen Fearing, Rose Cousins, Rob Lutes, Penny Lang, Noah Zacharin, and Scott Nolan opened my eyes to the vast field of talent here in Canada. After a year or two, and after meeting some of the mind-blowing artists who graced the Hunters Bay Radio Home Depot stage, it became evident to me that this little community radio station was fast becoming an important forum for under-recognized Canadian talent. One of the artists, well-represented in the Hunters Bay Radio music collection, is Ottawa Valley singer-songwriter Brock Zeman.

I met Brock for the first time very briefly several years ago. He did a very short, live interview and played one song during a Hunters Bay Radio Radiothon fundraiser. He was in Huntsville doing another show, and though pressed for time to get back on the road, he graciously agreed to come in and perform at the station for a few minutes. I did not talk to him, but I was mesmerized by his short performance. He premiered “Let Me Be Your Coffee,” and I remember, as he was walking out the door after the performance, I sat speechless, staring at the stage, gobsmacked by what I had just witnessed. His performance was that compelling. I vowed that I would not miss my next opportunity to see him play.

Regrettably, it took two or three years for that to happen, but that moment finally arrived last Saturday night, when Jeff Carter and The Bay 88.7 brought him in to play the Huntsville Legion for one of our free (to the community) concerts. Shauna and I were by that time already huge fans, and to see this man perform live was a huge thrill for us. We drank up his 90-minute performance, and it seemed as if it was over in the blink of an eye. Each of Brock’s songs is a compelling story, delivered with the genuine honesty and passion of a seasoned musician who believes in his art. These songs are brilliant postcards of angst, humour, dysfunction, sadness, and all the other weird back alleys of humanity that he navigates so competently. To me, his songs represent somewhat embellished reflections of his life, made universal by his eloquence and his ever-blossoming imagination.

I could regurgitate the bullet points of Brock Zeman’s biography, but I implore you to simply listen to this man’s songs. Listen to the dark hilarity of “Dreamland Motel” or the marvelously sinister myth of “The Greasy Skillet Boys.” Revel in the poignancy of “Gastown” or “Danny’s Song.” Brock has a black belt in storytelling, and all his stories are entertaining. If you love good songwriting as much as I do, you will likely find his talent undeniable. While at the concert, I purchased his book, entitled The First Dirty Dozen, which is a complete collection of the lyrics from his first12 albums. I don’t think there is a weak song in the collection. Good artists shine like a full moon. They move me in some visceral way and always leave me wanting more. Brock is decidedly that guy.