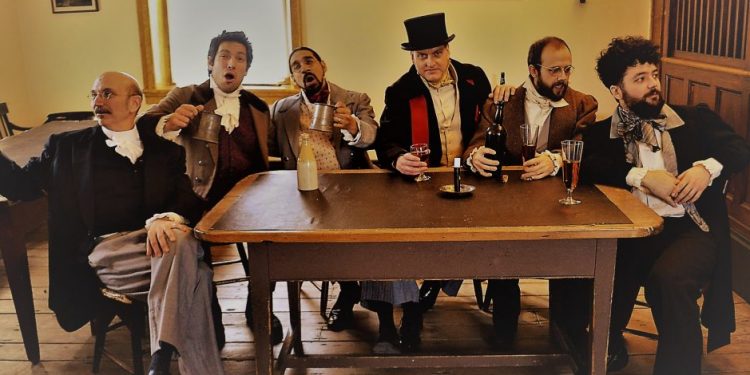 There’s never been a more important time to know our history. Understanding that the fundamental challenges we face as a society today are not dissimilar to those our ancestors faced gives us a fresh perspective on our lives. One of the common threads is music and, with that as its foundation, Sumach Roots (the album and live show) takes audiences on a bold and innovative exploration of Toronto’s evolution over the past 300 years. The brainchild of two-time Juno nominee and best-selling historian Jason Wilson, Sumach Roots draws from a deep well of sounds—from traditional British folk to bebop jazz and classic reggae—in order to tell the stories of those who built Toronto, both literally and culturally.

We’re excited to share the song “Lads Of Lombard Hall” from Sumach Roots, which is available Oct. 4 through Wheel Records/Proper Music Distribution.

With a top-flight cast of performers joining him on stage, Jason delves into the late 18th Century diaries of Elizabeth Simcoe, the impact of the Irish Famine, the great Toronto fires of 1902 and 1904, the construction of the CN Tower in the early 1970s, and other crucial moments that illuminate the host/immigrant experience in Toronto. Sumach Roots follows Jason’s acclaimed 2016 album Perennials as the second part of his Valley Road Trilogy, a celebration of “place” and an invitation to bridge the various enclaves and ethnic borders that demarcate the city.

Since the early 1990s, Jason has been able to balance his academic and writing pursuits with a musical career that began with the internationally successful reggae band Tabarruk, whose debut album featured a guest appearance by Alanis Morrissette. Jason’s subsequent profile in the reggae field led him to work closely with Jamaican-Canadian reggae pioneer Jackie Mittoo, as well as recording and performing with UB40. Jason has also collaborated with the legendary Jamaican guitarist Ernest Ranglin and James Brown/Van Morrison saxophonist Pee Wee Ellis. Another major project has been Soldiers Of Song—a tribute to the First World War Canadian army performing group The Dumbells—recorded with the late, great Fairport Convention fiddler Dave Swarbrick. Soldiers Of Song also spawned a book and stage play that has been performed extensively across Canada.

Now an adjunct professor of History at the University of Guelph, Jason’s equal passion for hockey has been displayed in other published works, including the official Toronto Maple Leafs centenary book in 2016 (McClelland & Stewart). His life in music and beyond has been profiled on CBC’s The National and on BBC Radio.

Sumach Roots will be performed on Saturday, Oct. 5 at Toronto’s historic Montgomery’s Inn. You can get ticket info HERE, and find out more at JasonWilsonMusic.com 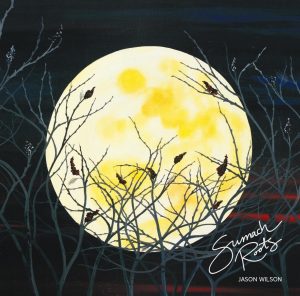