12:25 p.m.: Desiree Dorion has just wrapped up her set opening the Indigenous artists showcase, and her last number was a show-stopper called “Break the Chain” – inspired by her experience as the granddaughter of a residential school survivor and the daughter of a day school survivor who now has children of her own.

Desiree has a beautiful, powerful country voice and a way with lyrics, and judging by the stories she tells, she also has a wealth of the kind of life experience from which to draw those lyrics. “Pretty Poor, Pretty Proud” was another gorgeous number that paid tribute to her childhood in a 600 square foot home in Riding Mountain National Park in Manitoba with a single mother who taught her to be proud of who she is. 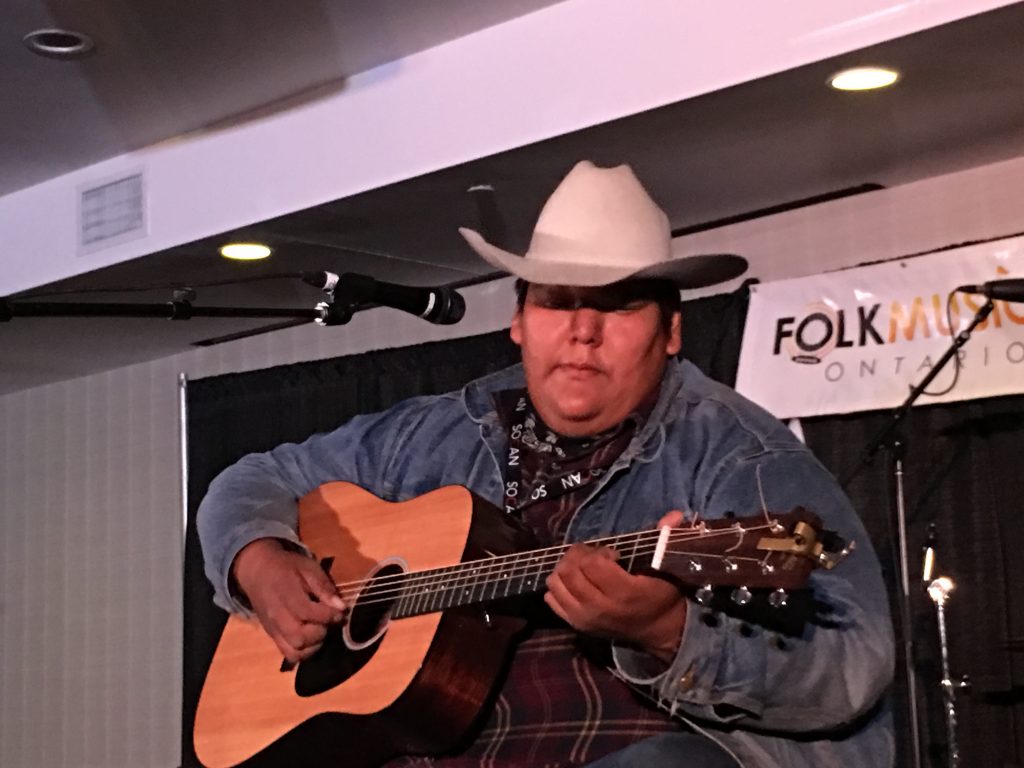 Honestly, I could listen to Richard talk for half an hour and be happy. His raw honesty and complete lack of airs is tremendously refreshing at an event where so many are trying to impress.

But that’s not the half of what makes Richard such a compelling artist. That rare level of authenticity is equally present in his music.

Sitting centre stage in a jean jacket and cowboy hat with nothing but his guitar for accompaniment, he’s performing intimate, mostly slow, sad numbers that, judging by the stories he’s telling between songs, are at least partly derived from personal experience. Meanwhile, his deep, resonant, country voice is transporting me to the emotional places he’s singing about.

“I don’t like this town at all, so I’m just going to get gone,” he says near the end of the set, to more laughs.

“I’m not on social media, so if you want to talk to me, you’ll have to do it the old fashioned way,” he adds, noting that he has a landline.

What can I say? Anybody who makes the effort to find Richard and book him is going to be in for a treat. 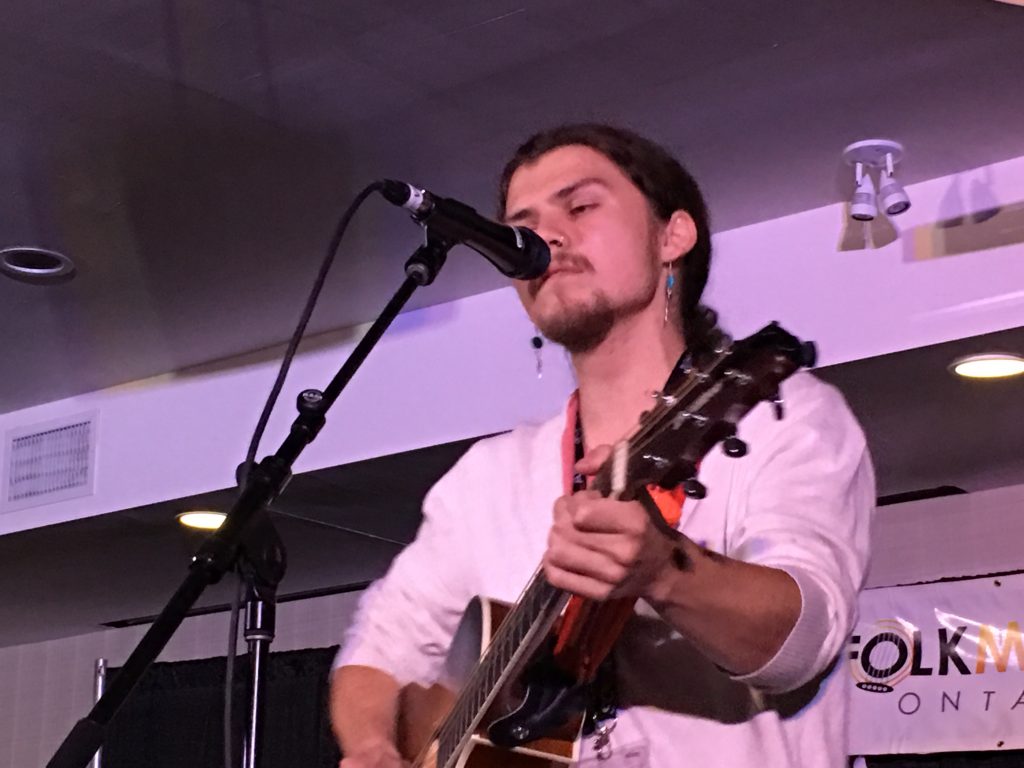 1:25 p.m.: Sierra Noble has just finished her showcase set with singer-songwriter Jacob Brodvosky joining her on acoustic guitar and providing some divine harmonies. Sierra just released a brand new album three days ago, and the title track, “City of Ghosts,” sounded gorgeous here today. She opened with an on-the-nose rebuke of the world’s big polluters called “What Planet are You On?” that also included some lovely harmonies with Jacob. But I think my favourite number of the set was the fiddle instrumental she performed solo midway through. It started off slow with Sierra alternating quickly between bowing and plucking frets, then launched into a full-on barn-burner complete with foot percussion. It was magnificent.

1:50 p.m.: I don’t know if the opening song of Mitchell Mozdzon’s set is actually called “Seven Generation Genocide” but that’s the lyrical hook, and listening to him express the legacy of colonialism through blues music feels fitting and powerful. Mitchell, it turns out, is a fun and relaxed entertainer who tells the audience he was stressed about playing a folk conference because he’s a bluesman, and so he’s playing the wrong genre. However, he says he decided to come after being assured he’d be welcome. But then, he says, he met someone earlier today who told him there are only two genres: good music and bad music, leading him to comment self-effacingly, “Aw man, I’m playing the wrong genre.” From there, he launches into a beautiful blues cover of “You are My Sunshine” followed by a folk song about the experience of Metis people called “People Caught in the Middle,” based on the experience of his mother. Then suddenly he pulls out a small stuffed unicorn named Pixie and explains to the audience that he and his girlfriend are both touring musicians, and Pixie accompanies them on tour and poses for photos. He than asks the audience to pose for a photo with Pixie, and most people enthusiastically comply by moving to the centre aisle en masse. If that’s not evidence you’ve got the audience on your side, I don’t know what is. Mitchell’s second last song of the set is an up-tempo number also inspired by the Metis experience called “Can’t Send Me Home,” during which he replaces the guitar solo with a call-out for the audience to cheer for the sound guy. Again they enthusiastically comply. He closes the set with another stirring cover, this time of “Ain’t No Sunshine.”