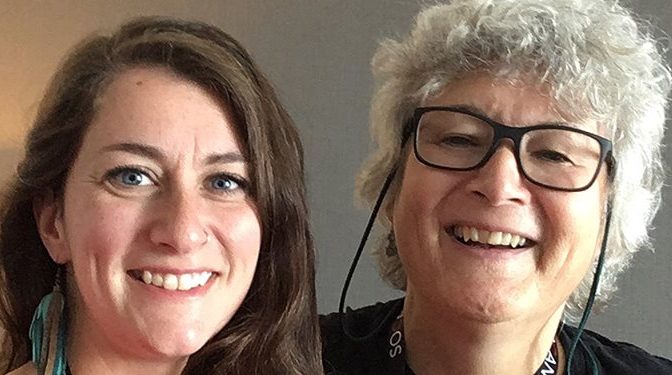 Jan Hall spent the first six weeks of this summer in a very dark place.

The chronic fatigue syndrome she has battled for the past 12 years had flared up yet again, this time forcing her to cancel MCing gigs at the Hillside and Home County Festivals, the former a cherished part of her summer.

“That was actually my bottom after 11 years,” she said.

But in August, things started looking up.

Partly it was the new doctors and the new autoimmune protocol diet she started that’s helped relieve many of her symptoms, giving her more energy than she’s had in years.

And then there was the email informing her that she’s the recipient of this year’s Estelle Klein Award from Folk Music Ontario – essentially a lifetime achievement award for those in the province’s folk scene.

“When you’re struggling with those sort of things, it really turns you around,” said the longtime host of Folk Roots Radio, the syndicated folk program she launched around a decade ago at CFRU in Guelph.

“It was amazing to find out. I just look at the people who’ve been given the award. It’s a tremendous honour.” 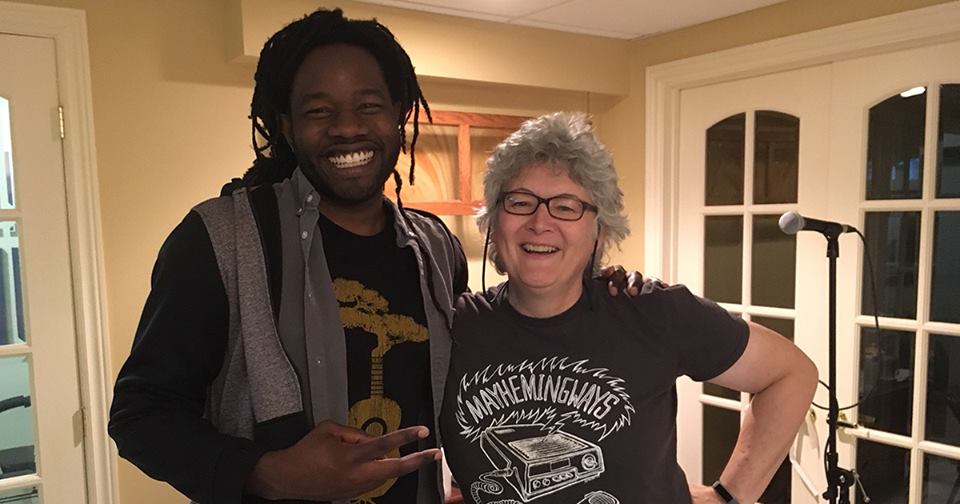 For Jan, who will receive the award during this weekend’s FMO conference, it has served to affirm her success at rebuilding her life after it all came crashing down around the time of the diagnosis, she said.

Unlike many past recipients of the Estelle Klein Award, Jan is not a lifelong folkie, despite having grown up in England in the era of Steeleye Span and Martin Carthy. Driven by a desire to work in a helping profession and inspired by the work of British author and veterinarian James Herriott, whose books spawned the TV series All Creatures Great and Small, she decided to become a vet.

The journey to folk music and radio was somewhat more circuitous.

Jan studied veterinary medicine in Edinburgh, Scotland and stayed in the area after graduation. She very quickly inherited a practice after its previous owner died, but after seven years in general practice, she decided she wanted to do more. So in 1990, at the age of 30, she moved to Champaign, IL to pursue a residency in veterinary dermatology.

She stuck around for an extra year so she could finish off some research, and that was when she discovered community radio at a station called WEFT. Her program was called the Wednesday Morning Menu. 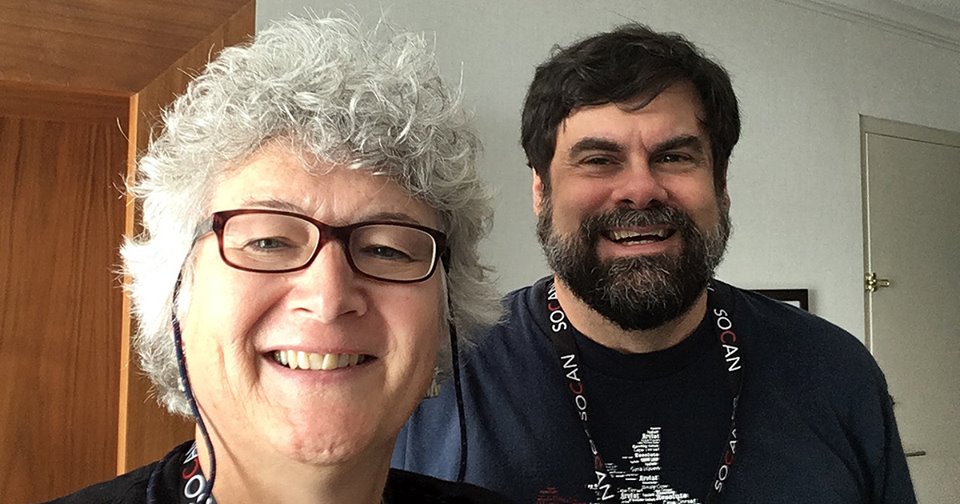 “I played everything,” she recalled. “I could put a set together and start off with something that may be – in those days it could be indie rock I could start with and end up playing something classical … I got really into blending music together.”

It was at WEFT that Jan first got into folk music, she said. Until then, she had learned about new music mainly through magazines and mainstream radio, but now, listening to the new records that were arriving at the radio station, she realized there was a world of independent music that was at least as good as everything else she’d been listening to.

“There was all these Celtic bands from Brittany and Spain, and I didn’t know them from Adam. I had no clue. But you put them in, and suddenly you think, ‘Oh that’s really good music,’” she said in her deep voice and perfect BBC-accented English – the result of years of elocution lessons her mother forced on her as a child, terrified that the thick regional accent she was picking up in their northern English town of Sunderland would limit her career options later in life.

“I absolutely hated it, she said. “The irony is that these days, I really am thankful that I did it, because I ended up in this situation where people say they really love the sound of your voice, and a lot of that comes down to being trained.” 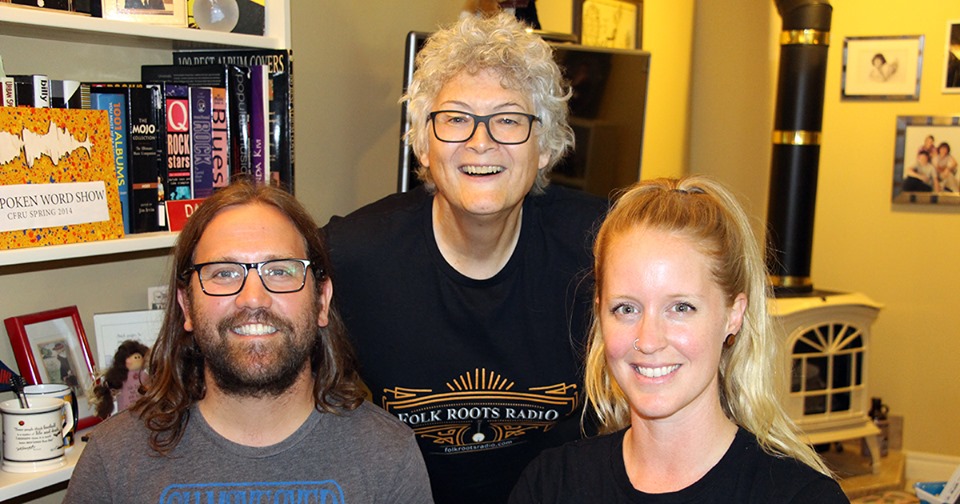 Jan and the members of Fresh Breath.

That said, Jan’s first foray into radio was relatively short lived; she left Champaign after about a year at WEFT and followed career opportunities to Boulder, CO, Montreal, and Toronto before accepting a position teaching veterinary medicine at the University of Guelph.

It was then that she felt settled enough to do radio once again.

It started with a show called Royal City Rag on the campus station CFRU. The show was a mixture of music, politics, culture and other matters related to goings on in Guelph.

But around three years after she launched it, something happened that would turn Jan’s life around completely.

She was in the midst of one of her thrice-yearly trips to Charlottetown to teach at the Atlantic Veterinary College when she caught a virus that just wouldn’t quit.

“I was on and off OK for two or three months, and then suddenly everything crashed,” she said. “I stopped work and spent about six to eight weeks in bed. [I] couldn’t get out to do anything.”

She was diagnosed with chronic fatigue syndrome. She never worked again. 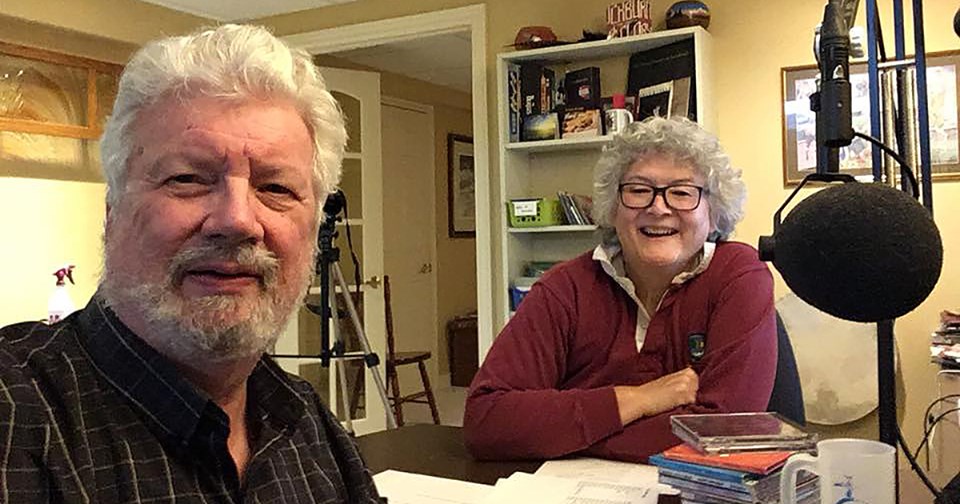 Her only saving grace was a robust long term disability policy that has prevented her from descending into poverty.

“Basically my career was over because I just wasn’t reliable enough, and so I kind of threw myself into my radio,” she said. “Radio saved me. It really did. That was the only thing I was managing.”

Jan built a studio in her home so she could produce her show there when she wasn’t well enough to go to the station. She moved Royal City Rag to an evening slot because she could handle evenings better than mornings. Then, around a decade ago, she spun Royal City Rag into two programs: a political show and a music show: Folk Roots Radio, which is now the focus of her attention.

Talking to artists about why they do what they do has become her new passion, she said.

“That is what I find is the most facinating part of it,” she added. “There’s no money in it, but they have a tremendous drive to create and share, and I guess I started to really enjoy being able to do anything I could do to help them achieve that.”

Once again, Jan had found a way to help.

“I really do like being able to support other people’s dreams with what I do,” she said.

In the decade since she launched Folk Roots Radio, Jan has expanded its scope considerably, syndicating the program to around ten stations through the National Campus and Community Radio Association’s syndication service and launching video sessions and even a separate video program called The Business of Music. Since moving to Leamington, ON, near Windsor, she’s also taken up hosting a video show called the Sun Parlour Coffee House Sessions. And she’s been an in-demand MC for concerts and events such as Dale’s Friday Coffee House at Leamington’s Bank Theatre, the Hillside Festival and the Folk Music Ontario conference.

In fact, it was Hillside’s executive director, Marie Zimmerman, who nominated her for the Estelle Klein award, Jan said.

“It’s a huge honour,” said added. “I love this community. I really do. I think it’s pretty neat.”

“It’s been a hard road back,” she continued, “and there have been days when I was really sick that I wanted to kill myself because the pain was too much. … It does make me feel like I’ve got something back. I mean I have rebuilt.”