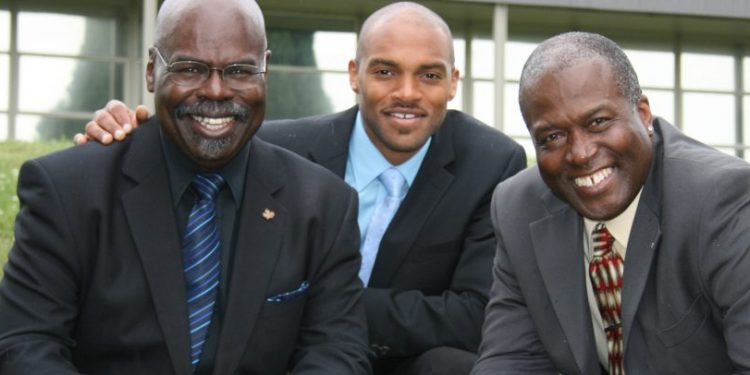 The October concert line-up at the Rogue includes a long-awaited new album release by the Sojourners.

Vancouver’s Rogue Folk Club has really outdone itself for the coming month with seven – count ’em seven! – shows on the schedule for October and not a single one you can really afford to miss.  Tom Russell?  The Small Glories?  The long-awaited launch of a new Sojourners album?  See what I mean?

You can get more information and tickets for all of these shows by visiting www.roguefolk.bc.ca.  But for now, here’s just a small sample of what’s in store.  Perhaps you should just bring a sleeping bag to Mel Lehan Hall.

In the off chance you are unfamiliar with him, Tom Russell is an American singer-songwriter who was born in Los Angeles. He has lived in many places, including Vancouver and New York City, and is currently based in Santa Fe, NM. His music incorporates elements of folk, traditional country & western, and the border and cowboy music of the American west. His songs have been recorded by artists such as Johnny Cash, Ian Tyson, Nanci Griffith, and Dave Alvin. Tom lived and performed in Vancouver in the 1970s, so his shows at the Rogue are always a bit of a homecoming. Tom’s latest recording of original compositions, October in the Railroad Earth, was released on CD and vinyl on March 15 of this year. He describes the songs and sound as “Jack Kerouac meets Johnny Cash in Bakersfield.”

Jontavious Willis got his big break when blues legend Taj Mahal asked him to play on stage with him in 2015. A roaring response from hard core blues fans has led to bigger stages and broader opportunities for this rising star. His critically-acclaimed 2019 sophomore album, Spectacular Class, produced by Taj Mahal and Keb’ Mo’, is a timeless recording featuring all styles of blues music from Delta to Piedmont and Texas to gospel. Living Blues Magazine raved that Jontavious is “a player and singer who’s got it all: deep roots feeling, instrumental prowess and a voice that carries the heart and soul of the blues.”

The Small Glories are Cara Luft and JD Edwards, a dynamic duo planted on the Canadian prairies. They are a study in contrasts; Cara, all earth mother on her 21-speed bike, is environmentally friendly and wholesome, ebullient and engaging. Burly JD, in a scruffy beard, ball cap, t-shirt and jean jacket, is slightly intimidating until you meet him. At first glance, few would peg them for a highly creative musical partnership. Yet these two veteran singer-songwriters are building a buzz around their tight harmonies, authenticity and visceral performances. Cara is a Juno award-winner and co-founder of the folk trio The Wailin’ Jennys. She has earned her rep as a gutsy live performer and insightfully honest songwriter with serious skills on the guitar and clawhammer banjo. JD is a riveting live performer and prolific songwriter, a soulful singer blessed with one of the most versatile and powerful voices in Canada. Their latest release is Assiniboine & the Red, an album that celebrates the Canadian prairies and the happenstance meeting of Cara and JD.

There is no doubt that after almost 40 years as a professional musician Martin Simpson is, right now, better than ever. Widely acknowledged as one of the finest acoustic and slide guitar players in the world, his interpretations of traditional songs are masterpieces of storytelling. His solo shows are intense, eclectic, spellbinding and deeply moving. There is noone who has more successfully combined the diverse elements of British, Afro-American and old-timey music than Martin; his 15 years living in the US were well spent. While he is a master interpretor of traditional work, his own songwriting has also produced some real gems, from the truck-stop epic, “Love Never Dies” to the profoundly moving “Never Any Good” and “One Day.” He has a brand new album out called Rooted, which was just released last month.

If you’ve never heard how the Sojourners got their start, the story goes like this: when Canadian blues icon Jim Byrnes called Vancouver-based gospel singer Marcus Mosely on the phone back in 2006 to ask if he could round up a few friends to record some back-up vocals for a new album, noone could have guessed what would happen next. From the moment Marcus and his pals stepped up to the microphone and began singing, they realized that they had something very special going on. Jim dubbed the trio The Sojourners, the name stuck, and – as they say – the rest is history. Their new CD is called Freedom Never Dies, and we have been waiting a long time for a new release from this talented trio. Based on their past work, we just know it’s going to be a good one! The concert promises to be a memorable night.

Tonye Aganaba is a dynamic and sultry singer-songwriter born in the United Kingdom and raised in Canada. She is a multidisciplinary artist, musician, and arts facilitator whose new album, Something Comfortable, is an intentional and devotional endeavour inspired by a battle with multiple sclerosis. The album serves as the score to AfroScience, an immersive performance and workshop series fusing live music, dance, visual art, digital media and storytelling to stimulate conversation and action around identity, addiction, healing, and expression.

Teesside’s triumphant trio the Young’uns, current holders of the BBC Radio 2 Folk Awards’ coveted Best Group title, have proved themselves a unique proposition – writing and performing a cappella or subtly accompanied songs that tell it how it is, alongside traditional songs from their native north-east and further afield – songs of conscience, songs of warmth and wit, songs to provoke, songs to inspire. Renowned for their pitch-perfect harmonies and rapid fire humour, their live show undeniably has the human touch. Always engaging, frequently heart- warming, they have built an enviable audience rapport. They are an act that truly takes the cliché out of the “make you laugh, make you cry” tag.

Since being awarded the title of Best Up and Coming Artist of 2009 at the MG Alba Scots Trad Music Awards, The Paul McKenna Band has gone from strength to strength touring extensively throughout Canada, the USA and Europe. In 2012 Paul was named Scots Singer of the Year, and the band was nominated for Folk Band of the Year at the same awards ceremony. The exciting sound of The Paul McKenna Band is created through outstanding vocals, driving guitar and bouzouki, intense fiddle playing, a warm pairing of flute and whistles and dynamic bodhrán and percussion. They adopt a contemporary approach to songs without straying too far from their roots, making their arrangements both fresh and innovative.