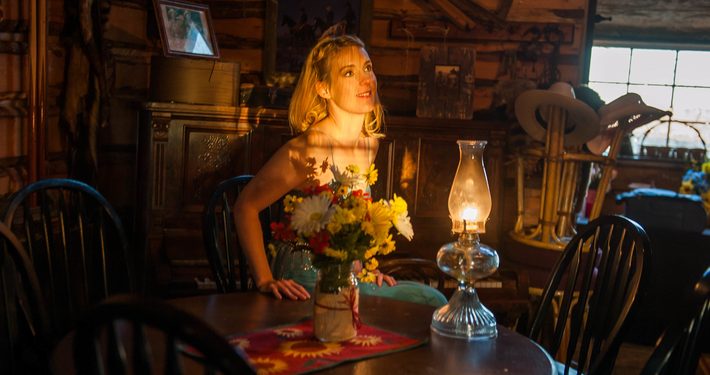 As she’s proven over the past two years, Edmonton singer-songwriter Andrea Nixon is an artist who believes that one’s life and one’s music are inseparable. That was the foundation of her acclaimed debut album, Diary Of A Housewife, and those who have yet to check it out have another opportunity now with the release of its latest single, “Stronger Than The Storm.”

It’s unfortunate timing that the song arrives immediately after Hurricane Dorian, but its message of hope can offer solace to those affected, and to anyone else going through challenging times.

“This song is all about coming through a storm on the other side with the help of those you love and who love you back,” Andrea said. “Over the course of the last few years, the song has deepened in meaning for me. I wrote it initially as an apology to my husband; I was the storm and he was the one I was reaching out to. Now when I sing it, I try to send it out to everyone who has weathered the storms of life and, rather than being swept away, has found their wings.”

Like previous singles from Diary Of A Housewife, “Stronger Than The Storm” offers Andrea’s distinct brand of country music, which leans slightly more toward folk, but without sacrificing any of the passion associated with Dolly Parton, Loretta Lynn and other strong female artists who are among Andrea’s primary influences.

Following its release in 2017, Diary Of A Housewife spent 14 consecutive weeks on Earshot’s national Roots, Blues & Folk Chart, while racking up airplay on CBC Country and SiriusXM Canada. Andrea has steadily been building a national profile since then, including performances at the Association of Country Music of Alberta (ACMA) Awards’ Fan Fest and Rogers Hometown Hockey festivities in Airdrie, AB.