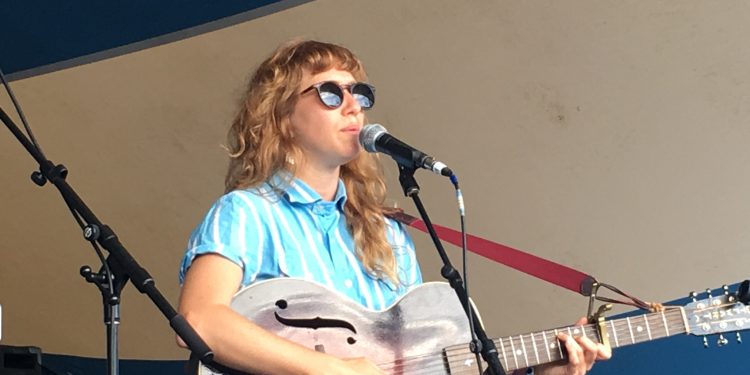 Ottawa’s CityFolk festival is upon us, bringing some strong nostalgic headliners, such as Lucinda Williams and Led Zeppelin’s Robert Plant among others, along with a myriad of local acts.

CityFolk a few years back introduced Marvest, an idea as I understand it based on the SXSW festival model. Marvest features numerous acts performing in local Ottawa shops, cafes, music stores, barbershops and small night clubs in the area surrounding the festival.  It is a wonderful concept.  During Marvest 2017, I played in an activist book shop called Octopus Books, and I can attest to the fact that it is a cool experience for all parties!

As we hang on to the last throes of summer, what better thing to get us outdoors than a music festival?  And the opening night line-up featured Lucinda Williams, Larkin Poe, Dwayne Gretzky and the Strumbella’s.

Friday, Sept 13, Marvest features almost 30 acts performing across the Glebe, which is walking distance from the main festival at Landsdowne Park.  John Allaire and the Fi-Delities, Graven, and Jack Pine and the Fire – all local folk favourites – are on the wicket for Friday evening.  The McKenzie Rhythm Section will be closing the night at the mainstay local watering house, Irene’s – a great spot that has supported live music in Ottawa for decades now. The CityFolk mainstage’s Friday will host our beloved The Pairs at 7 p.m., along with Donovan Woods for us folks.  If you lean towards the rock end of the spectrum of musical taste, Bush, Live and Our Lady Peace will surely entertain!

Saturday’s Marvest features many familiar faces from the folk world including Piper and Carson, Dana Sipos, Kate Weekes, Krista Hartman, Susan O, Alexandra Sullivan and Jillian Kerr. They’re all artists I’ve caught performances of or performed with over the years, and they’re all sweet folk.

Tom Wilson, a.k.a. Lee Harvey Osmond, will be playing the big stage at 8:45 p.m. and Marvest at the 4th Avenue Baptist Church at 3 p.m. Saturday.  If you haven’t seen Tom, it is a religious experience, so the church is an appropriate venue. I saw him at Folk Alliance this winter, and he sang some of his new book. It was an inspiring moment. I highly recommend this show.  Kate Weekes is on just after Tom at The Papery around the corner; she has a recent album, and she’ll have some wondrous stories of her travels to share, I’m sure.

The evening brings 28-year-old Grammy winner Leon Bridges, a soul-inspired RnB artist. He has been busy opening for the Rolling Stones and participating in many co-writes, songs for recent films and a collaboration with Gary Clark Jr. on Neil Young’s song “Ohio.”  Leon takes the stage at 9 p.m.

Late night on the Marvest scene starts with the wonderful Piper and Carson 9:30 at Bowman’s, Dana Sipos at a wine bar on 4th Avenue, the Brian Asselin Duo at the Crate, and Amos the Transparent at Irene’s at 10:30. Depending on your mood, you may want to spend Saturday night show-hopping on the Magic Marvest Bus all the while being entertained by the worldly, engaging songwriter Krista Hartman.

Sunday will see the Festival wrap up with what is expected to be a beautiful pre-fall day in Ottawa.  Shows start at 3:30 p.m. with the East Pointers and the Bsoma Ukelele showcase.  The White Buffalo takes the stage at 7. Dawes, a great rock band, plays at at 7:30, and Harrow Fair hits the stage at 8:30.  The one, the only, Robert Plant, with his Sensational Space Shifters, is set to take the stage to close the show at 9:15.

CityFolk has put together an incredible festival this September.  Tickets are approximately $160 for the full weekend, $90 for two nights and $70 for a single day.  Marvest is FREE and a great opportunity to ramble out and see some live music in Ottawa this weekend!