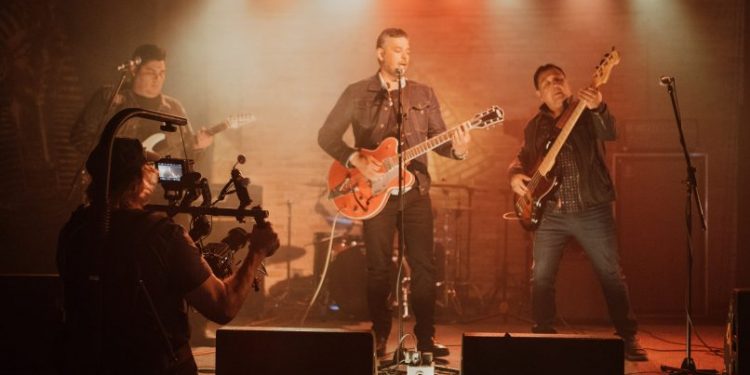 We’re pretty big fans of Midnight Shine here at Roots Music Canada, so we’re excited to be taking part in the premiere of the band’s new video for “Lonely Boy” today.

If you’re unfamiliar with Midnight Shine, the story is pretty amazing. Lead singer Adrian Sutherland grew up in Attawapiskat, and, in 2011, was offered a chance to open for Trooper in Timmins. He put together a band, hoping to make the most of this supposed, one-off opportunity, and eight years later, that band is still going strong – turning heads with a sound that mixes roots, classic rock, modern rock and touches of Mushkegowuk Cree. Crafting a musical soundscape giving a glimpse into their remote landscape, they continue to push musical boundaries and boldly take new strides, while staying true to who they are and where they come from.

Adrian himself is a traditional knowledge keeper of the Mushkegowuk Cree of the James Bay. He speaks his language, participates in seasonal harvests, takes part in and often leads ceremonies, and is a genuine example of someone who lives authentically. He is a father of four, grandfather of three, hard-working husband, respected leader, and tireless advocate who is proud of who he is and where he comes from.

“Lonely Boy” is the latest single from Midnight Shine’s 2018 album High Road, co-produced by John-Angus MacDonald of The Trews and and Tim Vesely of the Rheostatics.