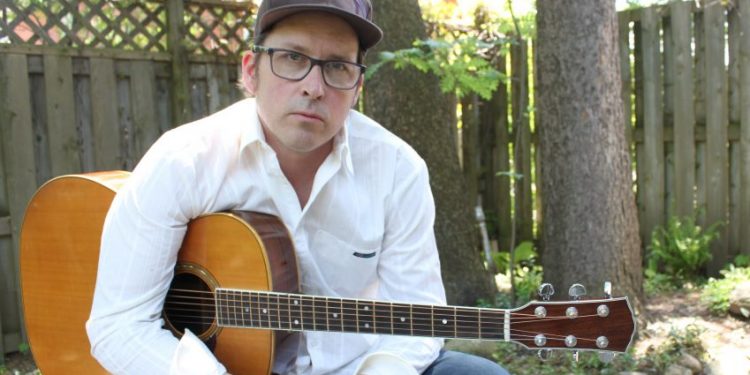 On the surface, Neil Little is an acoustic singer-songwriter. But that simple description does not come close to capturing the sparse, haunting beauty of his eponymous debut EP, out Sept. 27. A more accurate phrase may be “ambient folk,” or perhaps “Zen Americana” – anything that better illustrates the transcendent qualities of his overall sound.

For Neil, a native of southwestern Ontario, this first collection marks a turning point in his creative evolution. It’s his first completely solo recording after working with his band, the Chrome Hearts, for several years, a move that has allowed him to venture deeper into his creative process than ever before.

“When I was writing these songs, I wanted them to be able to stand as solo numbers, but also be played in a band situation,” he said. “When you think about being on stage by yourself, it makes you see the songs in a different light in terms of guitar and vocal details. I believe the entire process made me a better songwriter.”

For recording the EP, Neil found a kindred spirit in producer Scott Merritt (Fred Eaglesmith, Stephen Fearing, LCON), who has been pushing the boundaries of folk music since the 1980s from his Guelph, Ontario studio, The Cottage. Neil arrived with a cache of material, but eventually it was decided to limit the scope based on the mood that several of the tracks shared, with the song “Untended” serving almost as a focal point around which the other songs revolve.

These include “North,” a farewell to summer written after the last canoe trip of the season in Algonquin Park, “Downstream,” a reflection on his great-grandfather, Ralph Knights, a painting of whom adorns the EP’s cover, and “Million5,” inspired by an encounter with a street person outside Toronto’s Massey Hall while attending a 2016 Rheostatics concert. Indeed, Canadiana in nearly all forms is one of the cornerstones of Neil’s work.

“My inspirations include Gord Downie, Daniel Lanois, Gordon Lightfoot, Neil Young to name a few,” he said. “Maybe it’s our shared geography or a shared Canadian experience, but their music really resonates with me.”

Upon hearing Neil Little’s first solo effort, listeners are sure to have a similar reaction. Whether they transport you to a place real or imagined, his songs will inevitably touch a special place within your soul. Find out more at neil-little.com

Five questions for Babe Gurr ahead of ...

Why Lindsay Ferguson needed to step away ...