Five questions for Babe Gurr ahead of her Sept. 6 Vancouver album launch 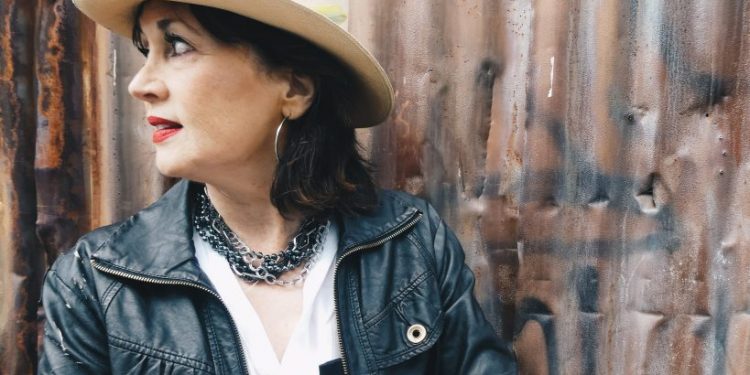 If you don’t live in Vancouver, you might not have heard of Babe Gurr, but she’s been around the west coast scene for more than 20 years now, blending a wide variety of roots sounds into a style that is all her own.  She launches a brand new album called Blurred Lines Sept. 6 at the Mel Lehan Hall at St. James (roguefolk.bc.ca for info and tickets), and I sent her a few questions about her latest project.

RMC:   OK, let’s get this one on the table right away:  Is it just a coincidence that the album is called Blurred Lines – given that Robin Thicke had a rather controversial single with a song of the same name, and you’ve written some pretty pointed feminist numbers in your time?

Babe:  Ha! Yeah it is a total coincidence. In fact, no disrespect to Robin, but I am not familiar with his music, and I knew nothing about the controversy around his same-titled album. The reason behind my choosing Blurred Lines as my CD title is simply a reference to how I like to sometimes blur musical genres into one song. I don’t allow myself to be marginalized by any one style of music or one form of lyrical content.

Which of course has frustrated the music Industry as it has made it hard for them to box me into one genre all these years.

RMC:  Was there a particular inspiration for this album – a life event or a theme you found yourself coming back to?

Babe: Hmmmm, well nothing specific. I have always written from my heart and tend to be quite a pensive writer who is influenced by all the world’s conversations going on around me. However, I will always simplify and bring the lyric to sometimes what might be a more personal level.  So I would say life in general, mine and others, have always been my constant muse.
RMC:  Tell me about the closing track, “Trust.”  It seems to touch on some themes that a lot of mature women find themselves reflecting on – transformation, confidence, healing perhaps?
Babe:  Yes that’s true. You nailed exactly what I was going for with the lyric and music on that song. I was inspired to write the song “Trust,” after hearing an interview on the radio with a woman who had grown up with two drug addicted parents, poverty and major neglect.

And yet this young girl could keep hope in her heart, and even after becoming a drug addict as well in her younger life, she  managed many years later to find a way to get clean and turn her life around. That is a concise version of course, as there is so much more to her story and only so much you can say in a four-minute song. But I wanted the song to feel hopeful and healing.

RMC:  The sound of this album seems to draw quite a bit on torchy blues and country noir. What were you going for with the sound?

Babe:  I always find it interesting to hear where someone slots my style of music after hearing the songs. I call myself roots-based adult alternative for lack of a better term. I do mix in some blues, pop, roots and rock all into my music. I guess I just always go for the instrumental sound that will best suit the lyric when in the studio, so that opens it up to interpretation in terms of which instruments I choose and what feel the song will take on. However, as I write songs with guitar, the tone and feel of the tune starts there. I am sure they would take on a completely different vibe if I wrote with piano.

RMC:  What can people expect at your Rogue show on Sept. 6?

Babe: A fun and thoughtful musical ride with some great musicians (Paul Pigat, Simon Kendall, Nick Apivor, Jeff Gammon)! You will walk away smiling – and that won’t just be because of the booze you may have consumed.