Janet Bates – It is Here I Leave You, Dragon 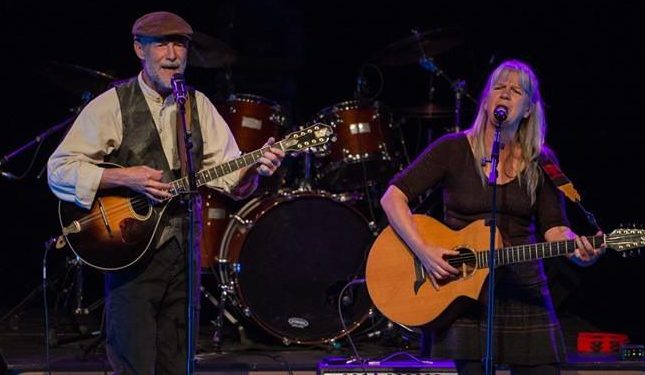 This is a voice you feel like you’ve known forever. Like a clear mountain river running unto the sea, it surrounds and envelops you as you bathe in its warm sunshine.

This is the voice of Janet Bates from Scotch Creek, British Columbia, and these are also her words. Here are eight new songs from this wholly original songwriter and singer who has spent her 15 year-long musical career using her magnificent voice and her clear and resonant 12-string Breedlove guitar to give life to the stories of those who have no voice.

“It is Here I Leave You, Dragon,” the title track of this, her fifth recording, refers to Janet’s bout with cancer in 2009. It is now 2019, so there have been ten years for Janet to live with the dragon, to recuperate from it’s slaying, to say goodbye to that history and now to look to the future. It is also ten years since the release of Janet’s previous album, Little Spinner, which took Janet’s fervent convictions about social justice to new heights.

Janet’s new recording still reflects her “stealth activist” political views. There are wonderful songs exploring themes like the futility of listening to speeches where the orator lies continually; leaving your home and your homeland to ensure a child’s safety; and actively seeking peace under threat of a sniper’s bullet.

This recording, however, shows yet another side of Janet: her love of her dog, despite questionable behavior; a love song about aging, enduring love and the ultimate years together; and even one about Napoleon, lamenting a life with his Josephine that they could have had, had he made different choices. If you noticed the running theme of love there, you’d be right on.

This is Janet in mostly comfortable clothes, finding a new peace in her life, feeling and valuing the love that surrounds her, and reinventing herself after slaying her own personal dragon, even though there remain monsters in the world that still must be dispatched.

Five questions for Babe Gurr ahead of ...