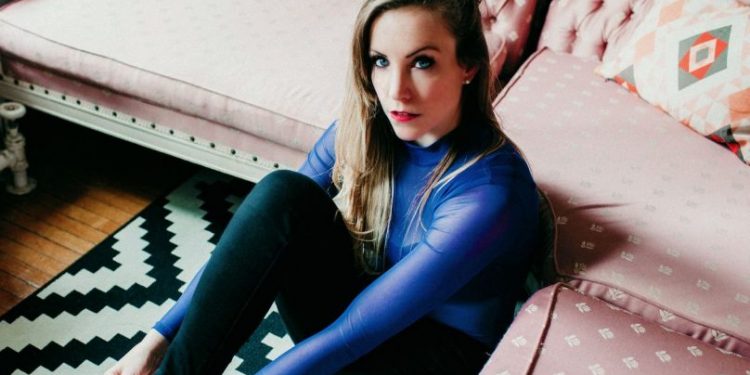 Sylvia Siemens checked out Jenie Thai in the lead up to the Salmon Arm Roots and Blues Fest.
The week before the Roots and Blues weekend, Salmon Arm welcomes Super Crawl.  This involves local artists performing at outdoor locations or local businesses.  This is a great build-up for the festival.  On Thursday night, musicians who will be performing at the Roots and Blues Festival join the Super Crawl at various locations.  I decided to check out Jenie Thai at the Barley Station Brew Pub.
I chose that event for two reasons:  First, I have some challenging culinary requirements, and the Barley Station Brew Pub makes a Glory Bowl, which is free of dairy, soy, and wheat;  secondly, you might say I have a connection to the artist. Jenie Thai is the house pianist at the Yorkdale Holiday Inn in Toronto. When Jenie is in Toronto, you can find her tickling the ivories in the bar by the poolside.  My husband is often at the Holiday Inn in Yorkdale for his work at Flight Safety and has seen Jenie’s billboard and heard her play. This is Jenie’s first time to Salmon Arm, and it was fun to blow her mind by connecting the Toronto gig to the Roots and Blues Festival.
After enjoying Jenie’s first set, I headed down to the festival grounds.  As this is my first time attending the Roots and Blues Fest, I wanted to get the lay of the land and find my way to all the back stage locations where I will be able to meet the musicians and take some photos.  Thursday night at the festival grounds is a volunteer appreciation night.  The stage performances aren’t included in the regular weekend ticket price but can be purchased for an additional $25. The volunteers are all invited to check in, pick up their identifying t-shirts and lanyards and enjoy two band performances on the Canada Dry Barn Stage.
I slipped into the pit for the Jack Semple Band with Guests. Kim and Susie were at the fence and decided they wanted my job so they could be on the inside of the fence.  They were very excited to be attending the Roots and Blues Festival once again and were happy to be part of a photo op. We would have chatted longer, but the band started playing.  After enjoying two songs from the pit, I headed to the back stage area.  I introduced myself to who I thought was another volunteer, but who turned out to be the wife of the horn player Dave (one of the “guests” with Jack Semple).  I had a lovely chat and learned that the “guests” are members of the House Band at the Roots and Blues Festival.  The House Band are the talented musicians that agree to join any of the headliners who were unable to travel with their whole band.  The bass player and drummer who joined Jenie Thai at the Barley Station Brew Pub were also members of the House Band.
This experience is proving to be quite an education, and I am looking forward to listening to some more great music and learning all about the workings of a music festival.
If you are enjoying this content, please take a second to support Roots Music Canada on Patreon!