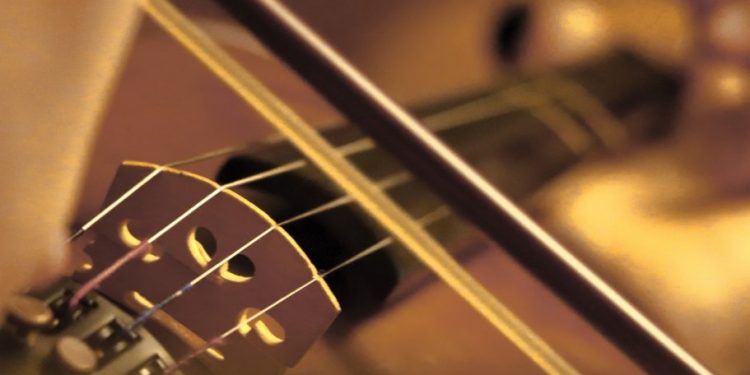 I’m thrilled to see the 2019 lineup of performers for the Sutton Festival Violon Traditionnel, one of my very favourite Trad Québec gatherings of the summer.

Sutton is a small, quite bilingual mountain town close to the Vermont border, where outdoors pursuits are a primary driver of the economy. It’s skiing in the winter; cycling and hiking in the summer. It’s a beautiful area, this region of the “Blue Rocks,” so it’s not surprising that this pretty mountain town should want to add music to the mix of lovely summertime activities.

This year, it’s the sixth edition of the Festival Violons. The artistic director, Jean de Grosbois, has put together an exciting program.

The fiddle, said Jean, is most emblematic of the music of Québec, but also is used to make music all around the world. This summer, the Sutton Fiddle Festival welcomes a total of 32 artists, including 18 violinists as well as accordionists, bagpipers, dance callers, and a host of other accomplished entertainers.

One of the province’s most accomplished fiddlers, Lisa Ornstein will perform with her long-time musical partner, guitarist André Marchand. This duo, members of one of Québec’s most venerated bands, Le Bruit Court dans le Ville, will be the centerpiece of the opening concert for the festival.

Acadian fiddler Martin Aucoin will also be performing during the weekend. Capucine Madague will be joining Martin as they present their unique blend of voices and melodies from Québec and Acadia.

La Suite, two stunningly accomplished violinists, Marie-Pierre Lecault and Robin Boulianne, is a highly original take on the universe of the violin. It’s a groovy voyage through their own original compositions combining elements of trad, classical and modern music. What you hear becomes basically unclassifiable, without boundaries, an exploration of what the violin and viola can do together, exploring, deepening, and liberating their relationship. It’s music that’s absolutely exciting to experience live.

Fiddler and composer Richard Forest will also be performing over the weekend. Richard is a living legend in Québec, having composed some of the most memorable tunes that are played regularly in sessions all over the province, and beyond. Richard will be accompanied by banjo specialist Thomas de Grosbois.

I am really thrilled to see that Anit Ghosh (Gypsy Kumbia Orchestra) is returning to the Sutton Festival Violons this summer. Anit wowed the audiences last year with his solo voyages to exotic places in Asia. This time, he returns with accordionist Karinne Paquette in the duo Nomanka, to perform a nomadic adventure through eastern Europe, the Orient and Québec.

A new trio is coming to Sutton: Triton, the formation of Jeremiah McLane, Timothy Cummings and Alex Kehler will be bringing their charming traditional music of central France, Brittany, and Scotland together with strings of many kinds from Scandinavia. They’ll be wheezing and squeezing bagpipes and accordion while Alex will be adding the magnificent sympathetic string sounds of nyckelharpa, fiddle and låtmandola. I can’t wait to hear what they have for us!

Another trio that is new to me is Beata Bermuda, a trio of women violinists from Scandinavia. Linnea Campbell Aal, Hanna Andersson and Samantha Ohlanders are bringing light and energy from the Swedish fiddle scene. Their live performance promises to be exuberant!

Élisabeth Moquin and Samuel Royer-Legault are also on the festival program. Élisabeth, from the astounding band É.T.É. that wowed festival audiences last year, is a highly accomplished stepdancer as well as fiddler. She met Samuel in a heritage and historical environment and discovered musical connections. I look forward to hearing the favourite pieces from their repertoire.

Gabrielle Létourneau from Montérégie region will also perform her rich and varied repertoire of Celtic, Québec, American and Scandinavian music. Together with Sylvie Ladouceur, she will co-lead the fantastic late night fiddle jam sessions that are a hallmark of the Sutton festival.

Soulwood will be returning to the festival this year. Alex Kehler, Daniel Haché and Willy LeMaistre play wooden instruments of Celtic and Scandinavian origin. They all hail from the mountains of the Eastern Townships and have built a repertoire that really reflects the Appalachian musical spirit. You’ll hear Cajun bayou tunes as well as Acadian airs, Québecois swing and Scandinavian dances.

No festival in Québec would be complete without dancing. Exciting and unique Québecois square dances will be held Friday and Saturday nights. Live bands comprised of a variety of festival musicians will provide the music, while the callers Robert Goulet and Donald Dubuc teach and call the dances. If you’ve never tried Québecois square dancing, you’re in for a real treat.

Young Tradition Vermont is a regular contributor to the festival, and this year is no exception. This is a large ensemble of young musicians that is mentored by Pete Sutherland and Oliver Scanlon (Pete’s Posse) with Jeremiah McLane. They perpetuate the musical traditions of the Vermont region that are known for the influences from Québecois immigration from the early part of the 20th century.

The 2018 Young Tradition Vermont Award Winners, Romy and Ben Munkres will be performing their own showcase on Saturday afternoon.

There will be a French language Children’s Festival again this year as well. There will be face painting, fiddle workshops, storytelling, a performance by the young fiddler Léandre Chênevert and all around fun – even two square dances especially for young people! The amazing Cajun, old time and Québecois fiddler Catherine Planet will be the host for the Children’s Festival.