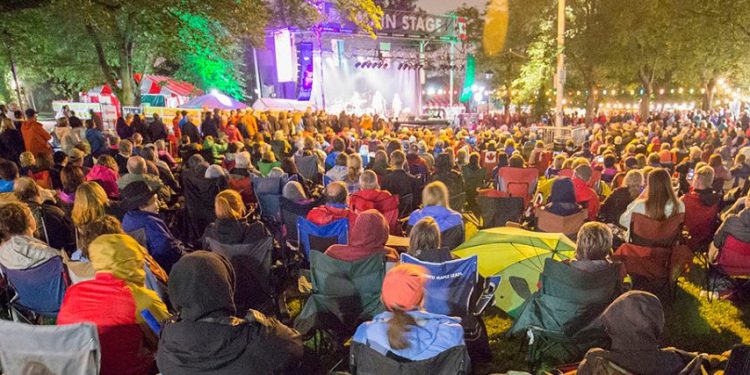 As I write to you just now, I am 35,000 feet up in the air, soaring on a plane to Newfoundland. It is not the first time, and it will not be the last. Three summers ago was my last visit, and this trip is due! I moved to St. John’s on a whim when I finished university, not knowing anyone or anything about the place. It was a spontaneous decision for me, and I am forever grateful to the universe for pointing me toward the east once upon a looong time ago!

St. John’s is a vibrant city, alive with music. It is one of my favourites, and the calibre of musicianship is very high. I bought my first guitar on this colourful island, desperate to be infused with even an ounce of this musical magic I was being inspired by on a daily basis.

The streets are lined with an array of jelly bean houses, ne’er a straight line to be seen! With the scent of the salty sea and the sounds of the foghorn off in the distance, there is a certain enchanting quality to this place, out here on this island in the Atlantic. Not to mention the hills, which strengthen your butt muscles to be sure and definitely aid in the hangover cure. There are a lot of drinking holes. There is even one long street dedicated to music, food and drink. But George Street is an entire story of it’s own.

The Newfoundland and Labrador Folk Festival is in it’s 43rd year and takes place from Aug. 9 to 11. In its 33rd year, I had the great pleasure to share the stage with Ron Hynes, Colleen Power, Amelia Curran and Blair Harvey. It was a song circle like no other, memories of which I will forever treasure.  Rest in peace Ron, a lyrical legend and song master. How lucky was I?

This year, I return to the festival grounds as a festival-goer and as a writer for you, loyal readers of Roots Music Canada. I am so excited about the acts this year! Joel Plaskett, The Jerry Cans, Mark Hiscock, Jenina MacGillivray, Kaia Kater, Sherry Ryan, Denis Parker, Kelly & Tasmyn Russell, Sharon Shannon – Sheesh! There are too many goodies! Come one, come all! Thanks to Heather Kitching for giving me the opportunity to share some moments from out beyond the Maritimes and into the wilds of Newfoundland! Here I come!