Festival Place in Sherwood Park, AB, has announced the full lineup of concerts for the 2019/2020 season. Tickets are on sale now to see acclaimed musicians from around the world. Browse a selection of the blues, roots, folk, Celtic, and world music the season has to offer below. 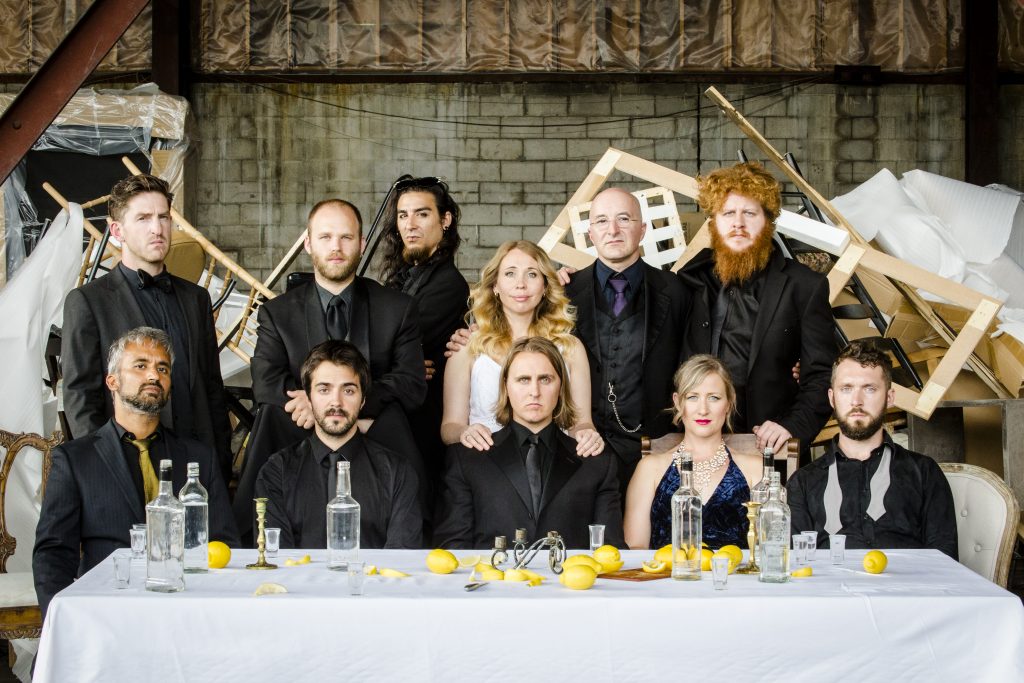 Lemon Bucket Orkestra is Toronto’s original guerrilla-folk party-punk massive. The multi-award-winning ensemble has been heralded as a ground-breaking, genre-bending phenomenon by media and fans alike, and over the past eight years has performed all over the world from WOMAD in New Zealand and Pohoda in Slovakia to Festival D’Été in Québec City and Luminato in Toronto. The Guardian proclaimed that their performances are “gorgeously sung and passionately played,” and The New York Times declared them “charismatic … handsome and ambitious.” LBO’s live shows are a truly immersive experience and capture the band doing what they do best: taking the audience on a joyful, impassioned ride through the Balkans and beyond. 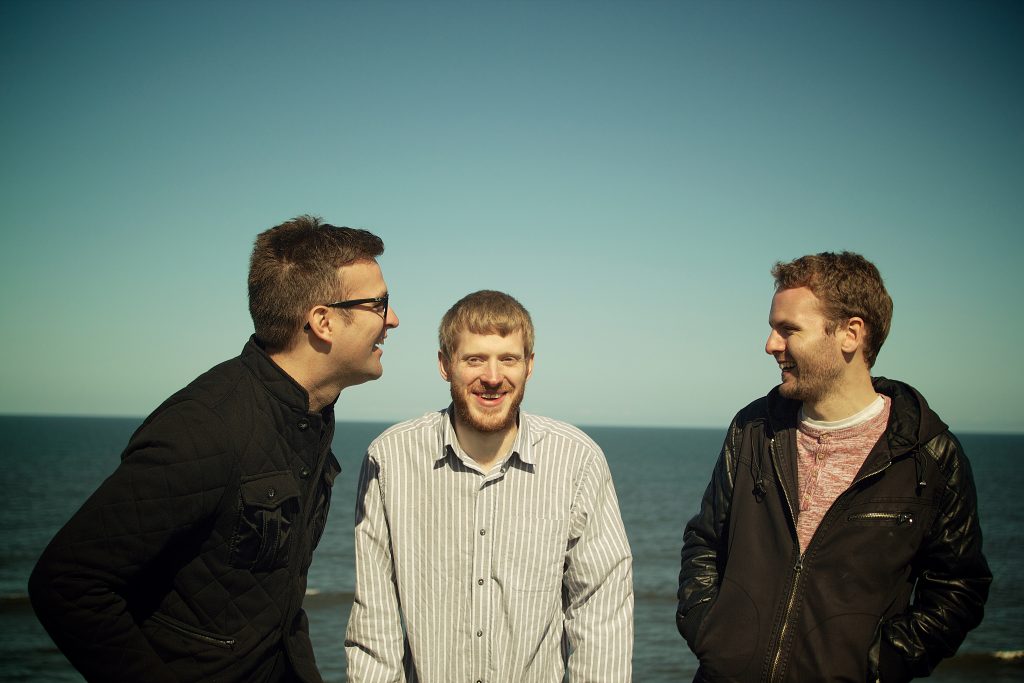 “Glorious harmonies, waspish wit, powerful songs and relentless banter …. irresistible” – The Guardian. Teeside trio The Young’ Uns has always had the human touch. In the space of little more than a decade – and just five years after giving up their day jobs – they have become one of UK folk music’s hottest properties and best-loved acts. Renowned for their pitch-perfect harmonies and rapid fire humor, their live show is undeniably infectious. Always engaging and frequently heart-warming, they have built an enviable audience rapport. The Young’ Uns are the current holders of BBC Radio 2 Folk Awards coveted Best Group title. 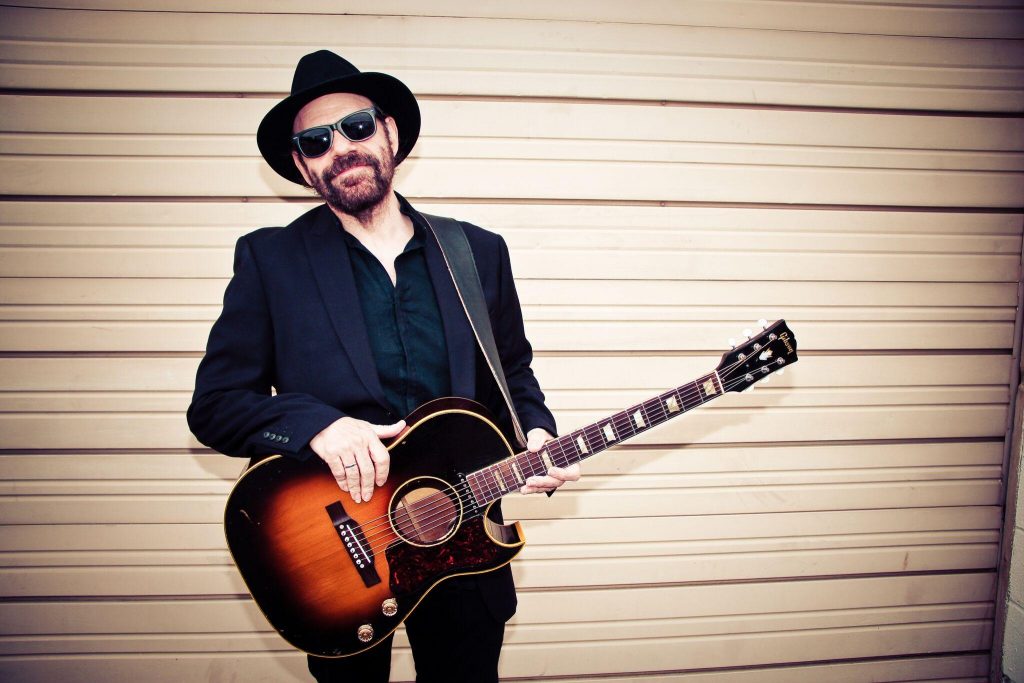 Colin Linden is a genuine renaissance man of roots music. He’s a singer-songwriter of great skill, an in-demand and prolific record producer, a sideman to the stars as guitarist for the likes of Bruce Cockburn, Emmylou Harris, Robert Plant and Alison Krauss, and, for the past decade, a member of the highly successful trio Blackie and the Rodeo Kings. Colin’s songs have been covered by The Band, The Blind Boys of Alabama, Keb ‘Mo’ and Colin James, and his well-stocked trophy case includes seven Juno awards, multiple Maple Blues Awards and a Toronto Arts Award. He was nominated for a Grammy Award for the star-studded A Tribute to Howlin’ Wolf CD and was involved in the ground-breaking O Brother Where Art Thou phenomenon. 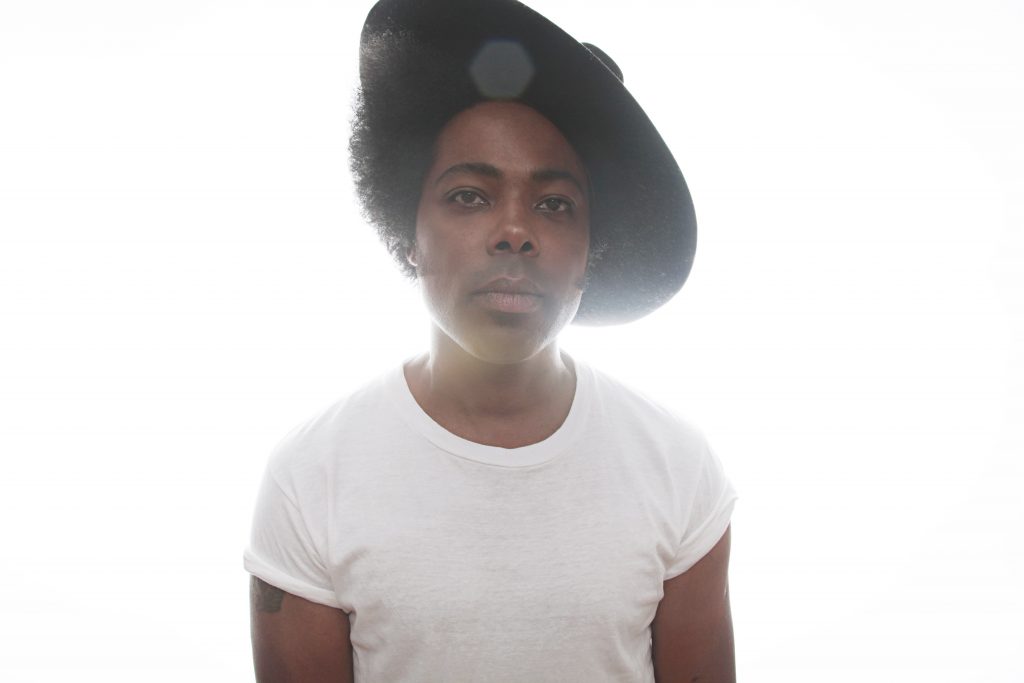 Alex Cuba is a singer-songwriter who is not tied to tradition; Alex has a vast musical vision. His sugarcane-sweet melodies, pop-soul hooks and powerful guitar riffs relinquish a conventional stereotype that exemplifies much of the Latin music landscape. He has multiple JUNO and Latin Grammy wins as well as three GRAMMY nominations. “Wicked guitar, undeniably soulful vocals. His package is simplicity, and he wears it well,” wrote PopMatters. His music beautifully bridges cultures and influences in a way that not only entrances audiences but has drawn the attention of other artists, musical collaborators and critics. 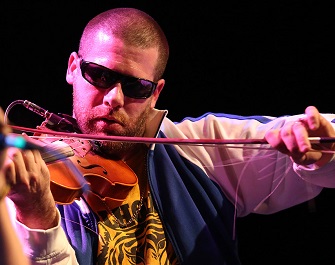 One of the most celebrated Canadian roots musicians of all time, Ashley MacIsaac has garnered International acclaim by playing fiddle in that hard-nosed, traditional Cape Breton style, while adding his own spin, mixing genres and updating Celtic music to appeal to a broader spectrum of fans. Throughout his career he’s received countless awards and nominations including three Juno awards and an honourary doctorate from Cape Breton University. Ashley continues to surprise crowds, whether it’s with his new duo project FIDLR (hybrid Celtic/dance) or with a traditional fiddle set. He shreds on a fiddle like no one else can. 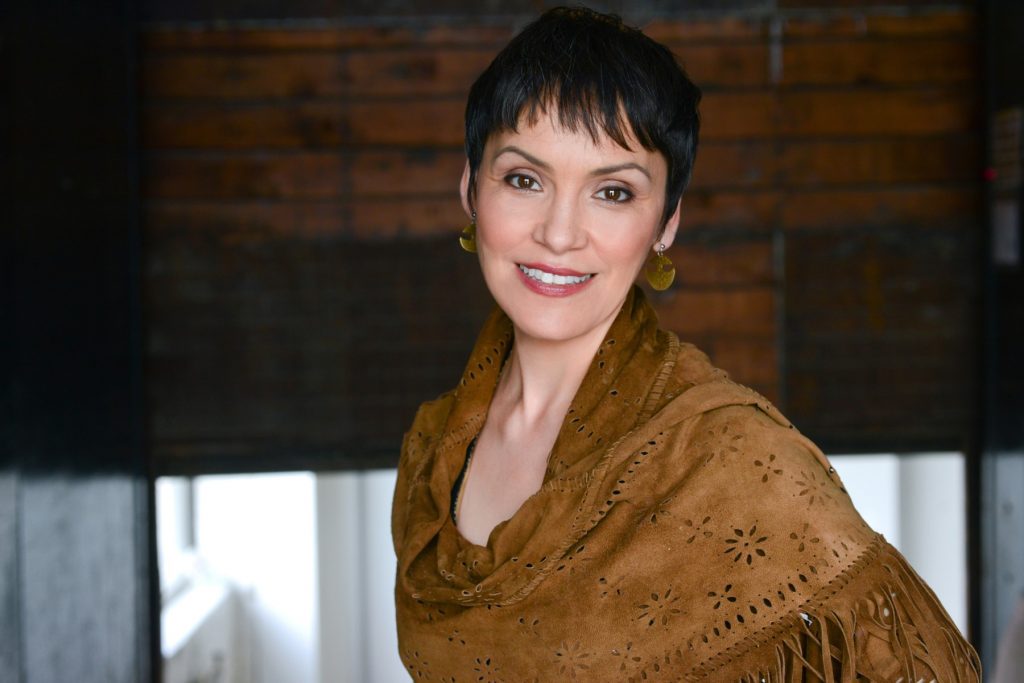 Susan Aglukark is one of Canada’s most unique artists and a leading voice in Canadian music. She blends the Inuktitut and English language with contemporary pop music arrangements to tell the stories of her people, the Inuit of Arctic Canada. The emotional depth and honesty of her lyrics; her pure clear voice and themes of hope, spirit and encouragement have captivated and inspired listeners from all walks of life. Susan has garnered three Juno awards, received The Order of Canada in 2005 and most recently was awarded the Governor General’s Lifetime Artistic Achievement Award (June-2016). 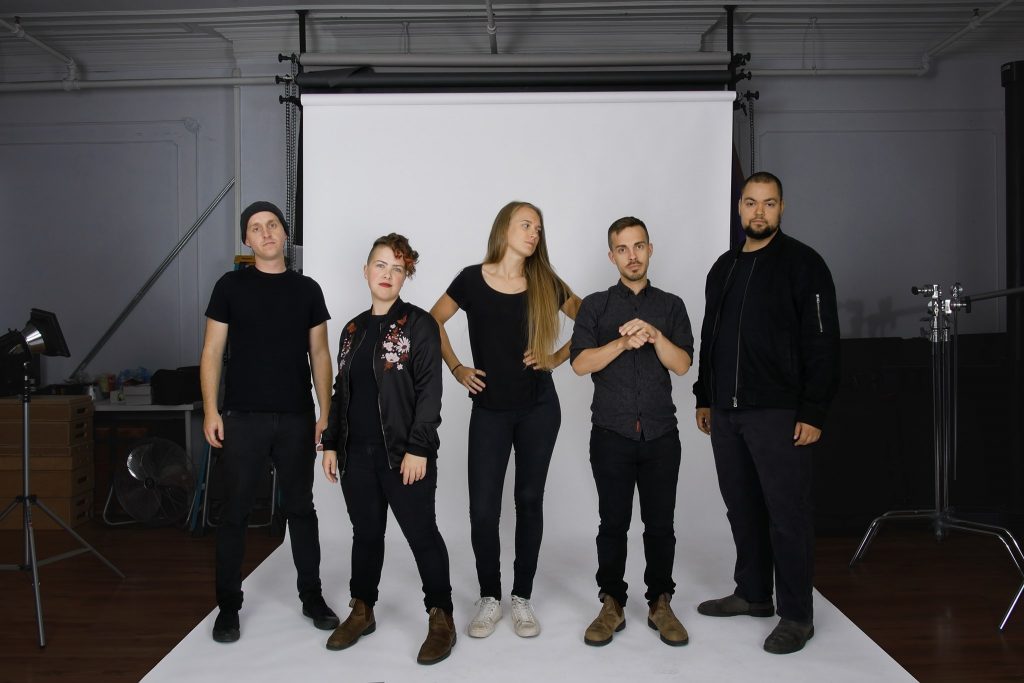 Hillsburn blends powerful songwriting, soaring three-part harmonies and huge presence for an electric live show that draws on elements of folk, rock and popular music. After touring extensively in support of their award-winning debut, In The Battle Years, the band released The Wilder Beyond in February 2018 and a deluxe version of the album in February 2019. Winner of a 2017 East Coast Music Award and 2016 Canadian Folk Music Award for New/Emerging Artist of the Year, you won’t want to miss this band that is already on its way to becoming a national treasure. 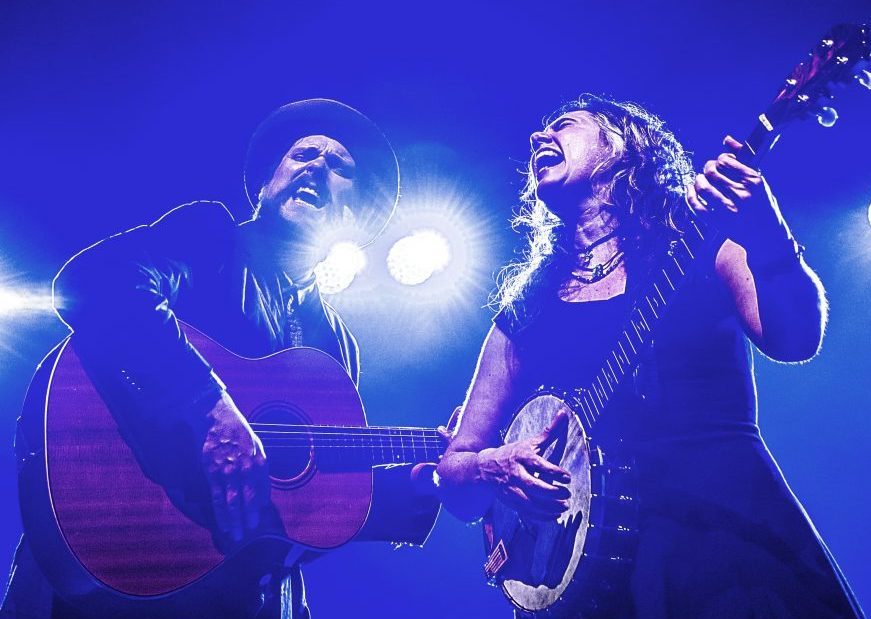 Roots powerhouse duo The Small Glories is Cara Luft and JD Edwards, a musical tour-de-force partnership planted on the Canadian Prairies. With a stage banter striking a unique balance between slapstick and sermon, these veteran singer-songwriters have a way of making time disappear, rooms shrink, and audiences feel as though they are right there on the stage with the band – writing the songs, living the songs, performing the songs.

Dervish is long-established as one of the biggest names in Irish music. The band is renowned for live performances that match dazzling sets of tunes with stunning interpretations of traditional songs. Their studio and live albums – 12 to date – make up one of the outstanding catalogs in Irish music. All six members of Dervish are steeped in the musical traditions of counties Sligo and Leitrim in northwest Ireland. Dervish are Shane Mitchell (accordion), Liam Kelly (flute/whistle), Brian McDonagh (mandola/mandolin), Michael Holmes (bouzouki), Cathy Jordan (vocals/bodhran) and Tom Morrow (fiddle)

Lindsay Ferguson is on her way to ...