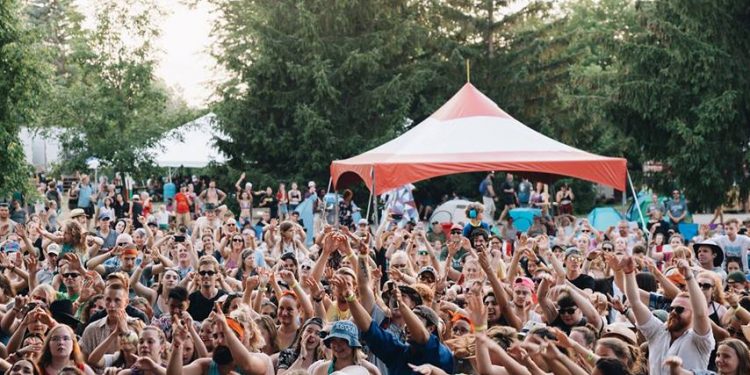 Summer is an exciting time here at Roots Music Canada. For the second year in a row, we’ve put together a smashing team of writers right across the country to hit up the regional folk festivals and bring you wall to wall coverage of them here.  You saw their work all through the month of July on the site, and you’ll be seeing much more this month.  Let me take this moment to introduce them to you.  This is an amazing team of writers and music fans, and the moose and I are so proud and humbled to work with such an amazing crew. Brooklyn is a 20-year old journalism student going into her third year at university. She is a proud East Coaster with an endless love for the beach, local music and, of course, fish n’ chips. You can often find her with her head in a book, heavily inspired by Gloria Steinman and George Orwell. Social activism is a topic she feels passionately about, and she hopes to someday leave a positive impact on this world. 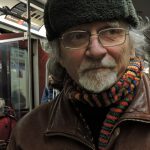 Before it folded, Paul Corby won an award for playing the most Cancon out of all the DJs on CKLN, where he initiated his weekly show, Corby’s Orbit. It continues on Radio Regent out of Regent Park in Toronto Friday evenings. His modern reggae ensemble, The Memberz, has significant CBC love and is close to completing its debut album. Teaching music at the public school level, painting musicians’ portraits and fitting in a few live shows a week leaves him just enough time to file reviews and profiles with Roots Music Canada. Tom Coxworth needs no introduction. As the host of Folk Routes on Alberta’s CKUA Radio, he’s helped build the careers of virtually every notable roots musician in Canada for the past 25 years. And before that, he spent a decade hosting In the Tradition with Andy Donnelly on CJSR in Alberta. Tom is a past board member of CJSR, the Edmonton Folk Festival, the Calgary Folk Music Festival, and Folk Alliance Canada (now Folk Music Canada). He won the Spirit of Folk Award from Folk Alliance in 2015, and he is a lifetime member of the Edmonton Folk Festival. Tom hits about 10 festivals every summer, and we’re thrilled he agreed to cover one for us! 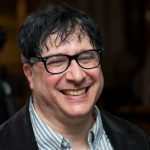 Christophe Elie is an activist singer-songwriter based in Ottawa, Canada.  Christophe has released two albums through the years, and he recently toured parts of Canada and the US.  His most recent album, Bridging Borders, is a collection of 11 songs that explore both the beauty and challenge of those intersections of culture, religion, history, language and geography. Christophe has a blog, he has written for Tour Bus Entertainment, and he has most recently begun writing for RootMusic.ca. For more info visit http://www.chriselie.com 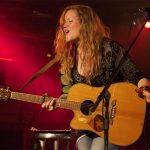 Lindsay Ferguson is a Canadian songstress living on a farm with her two mules in Switzerland. Known for her captivating, sometimes haunting and dynamic vocal style, Lindsay has been writing music and touring the world with her songs for the last fifteen years. Born in Bermuda and raised in Prince Edward County, ON, Lindsay got her true musical start in St. John’s, NL. With seven records under her belt and a new one on the way, her genre has settled somewhere between hip hop and country. A singer first, a writer second, she is no stranger to delivering zest and spirit through music and lines. 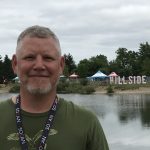 Ted Ferris is a self-described bleeding heart and live music addict. The closure of his favourite local venue rekindled a love of live music and support for community and the arts. Whether reviewing an album or a show, Ted writes from a fan’s perspective, hoping to convey how his latest discovery or long-time favourite artist fed his addiction, so his readers become inspired to get out there and see some of the awesome live music happening is this country. Hailing from Cambridge, ON, Ted and his wife enjoy packing up their trailer, Eileen, and hitting the summer music festival circuit. Richard Flohil needs no introduction, but the moose is going to introduce him anyway.  Richard was born in the UK in 1934, came to Canada in 1957, and played a big role in creating the roots scene we have today. Richard’s promoted shows by Muddy Waters, Ry Cooder, Miles Davis, Stephane Grappelli, B.B. King, and countless others. His publicity company, founded in 1970, has done work for Nana Mouskouri, Ian Tyson, k.d. lang, Loreena McKennitt, Serena Ryder and probably hundreds of others. And he won the Ontario Council of Folk Festivals’ Estelle Klein Lifetime Achievement Award in 2006. Richard also started his career as a journalist and has written for and edited industry publications that actually pay real money, so the moose is humbled and honoured that he’s agreed to write about Mariposa for us.  Thanks, Richard! Although Deborah Holland has had a long career in the music business as a singer-songwriter-artist, she has never lost her passion for discovering and championing new music. Since moving to Canada in 2010 (and soon to be sworn in as a citizen!) she has expanded her musical library with many (and mostly unknown to the mainstream world) great Canadian musicians, singers, songwriters and producers. She has recently begun writing reviews of some of these artists she considers required listening for any lover of great music. 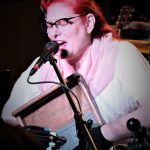 PR professional Beverly Kreller is passionate about music. As owner/director/publicist of SPEAK Music (a Canadian publicity/promotions company based in Toronto), she has 15 years of publicity, special event, and production experience. A former theater actor, wig-maker, and radio personality, Beverly has strong communications and writing skills, and is a highly organized, motivated individual. She’s a juror for various granting organizations and for the JUNO Awards, and she has been the publicist and artistic director of the Winterfolk Blues and Roots Festival for the past 12 years. She’s a chorister for Danceworks’ “Moving Parts” and Arlene Bishop’s Vorchestra and also performs and tours with her widely-acclaimed duo HOTCHA! and her trio SHAKE The Bellows. Heather Kitching and Veronica Kovacs – The Live from the Rock Folk Festival, Red Rock, ON, and the Moose and Fiddle Festival, Nester Falls, ON.

Heather Kitching – Hey! That’s me! – is the managing editor of Roots Music Canada. I’ve been working with roots artists for more than 20 years in music industry sales, marketing and publicity. Most recently, I spent more than 10 years running an independent music publicity company working with wonderful folks like David Francey, Alex Cuba and Steve Dawson. These days, when I’m not writing about roots music, I’m usually making radio, mostly for the CBC.

As for Veronica, she’s a great photographer who has a knack for social media, and she really loves music. She also lives for the outdoors – fishing, berry picking, hiking, camping – so she’s perfect for covering festivals. In addition, she makes a mean home-made jam, so she’s pretty popular around here. 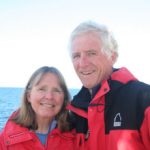 Keith and Heather Nicol are freelance travel writers, and we’ve been thrilled to partner with them for coverage of the Vancouver Island Music Festival for two summers now. Most of their travels deal with outdoor activities like hiking,sea kayaking, cross country skiing, alpine skiing and other activities. They also enjoy traditional music and cultures. They have written over 800 articles in various magazines and newspapers and are frequent contributors to Ski Trax and Saltscapes Magazines. Keith has also written two books and has a popular you tube channel http://www.youtube.com/user/k2nicol.  They blog at http://keithnicol.blogspot.com. 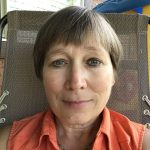 I recently moved to Sicamous. This was my 20th house move in the 12th location since my marriage to a bush pilot 32 years ago. The moves included locations in Manitoba, Australia, Papua New Guinea, Northwest Territories and Ontario. Having grown up in Prince George, I feel like I have returned home. The foray into concerts and festivals began when my husband and I became patrons of the arts through supporting our bass playing son in his journey as a musician in Victoria. The son began supporting himself through a carpentry apprenticeship leaving me free to pursue my own music dreams by engaging a voice coach and learning to sing opera arias well enough that people might like to listen. Covering the Salmon Arm Roots and Blues Festival is my first foray into reviewing festivals. Time will tell if I need to move on to a different adventure, or if I will have the opportunity to review other festivals. 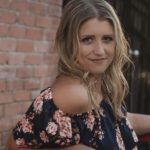 Lauren Trelford is an Edmonton raised performer with a Bachelor of Music Degree from the University of Alberta. Trained in classical music and opera, Lauren shared her passion and knowledge for music by teaching voice and piano lessons. In 2016, she was inspired to open her own music studio. Lauren is an advocate for using music lessons as a tool to share, story tell, mentor, bond, and build life skills. She is in her third year of the Public Relations program at Mount Royal University, minoring in Social Innovation. In her spare time, Lauren enjoys volunteering as a social media coordinator with the Calgary Area Girl Guides. Award-winning journalist Broose Tulloch is the host of Beer for Breakfast, a popular Winnipeg radio program, and has extensively covered, exhumed, and experienced the local music and arts scene for the past 20 years.  Founder of Winnipeg’s Independent Music Awards, The Brewnos, he has a keen ear for up-and-coming artists and a reverence for the trailblazers.  The former Winnipeg Sun music journalist and Stylus magazine columnist has also contributed regularly to The Uniter, Manitoba Style, ChartAttack, and a host of others. He eats, sleeps, and breathes his mantra of “be good, have fun, stay motivated.” 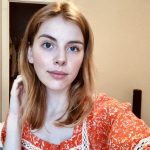 Meaghan Walsh is a communications major at Mount Royal University. Meaghan is passionate about photography, writing and music which is why covering Calgary Folk Fest is listed at the top of this year’s highlights. As an avid fan of Canada’s music scene, Meaghan hopes to showcase all of the outstanding musicians at the festival to as many people as possible. When she’s not writing, Meaghan can be found strumming on her guitar or frequenting local cafés. In September, Meaghan will be flying off to the U.K. where she will study and travel for the year.