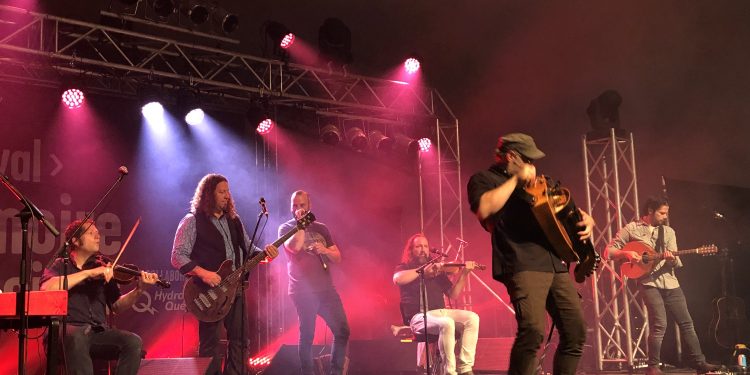 The four young people in the band Inn Echo come from Ireland, British Columbia, Ontario and Prince Edward Island, but they sound like they’ve grown up together. They are musically that tight of a band. Their two fiddles, concertina and guitar sound great together.

These two women and two men have a powerful sound, playing Celtic music, often from Ireland. They have a great stage presence and a poise usually found in much more mature artists. I was very impressed with their complete command of their repertoire and material. What a powerful sound. 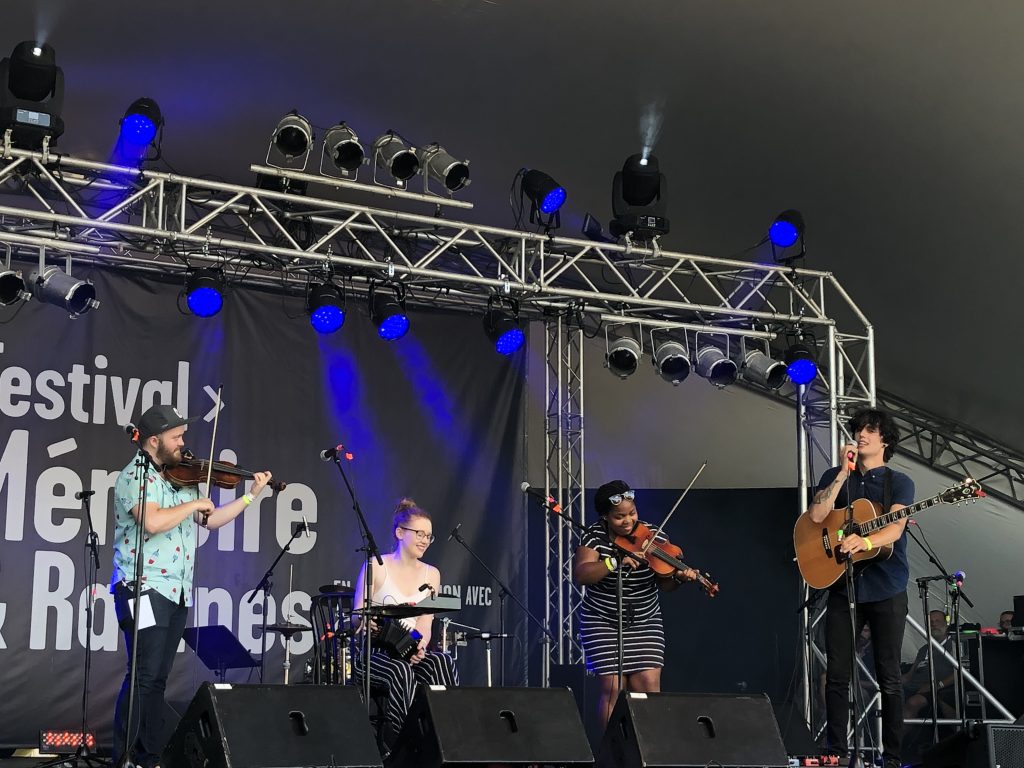 Just after the sun went down on Sunday night, the video screen behind the mainstage tweener spot lit up. A very moving film tribute to legendary composer, singer and musician Jean-Claude Mirandette (Les Charbonniers de l’Enfer) who died recently, was shown.

At the end of the film, the duo Beaudry/Prud’Homme took the stage with a guitar accompanist to sing “Coloniser,” a very beautiful song that Mirandette composed. It was a lovely send-off for this extraordinarily talented musician. 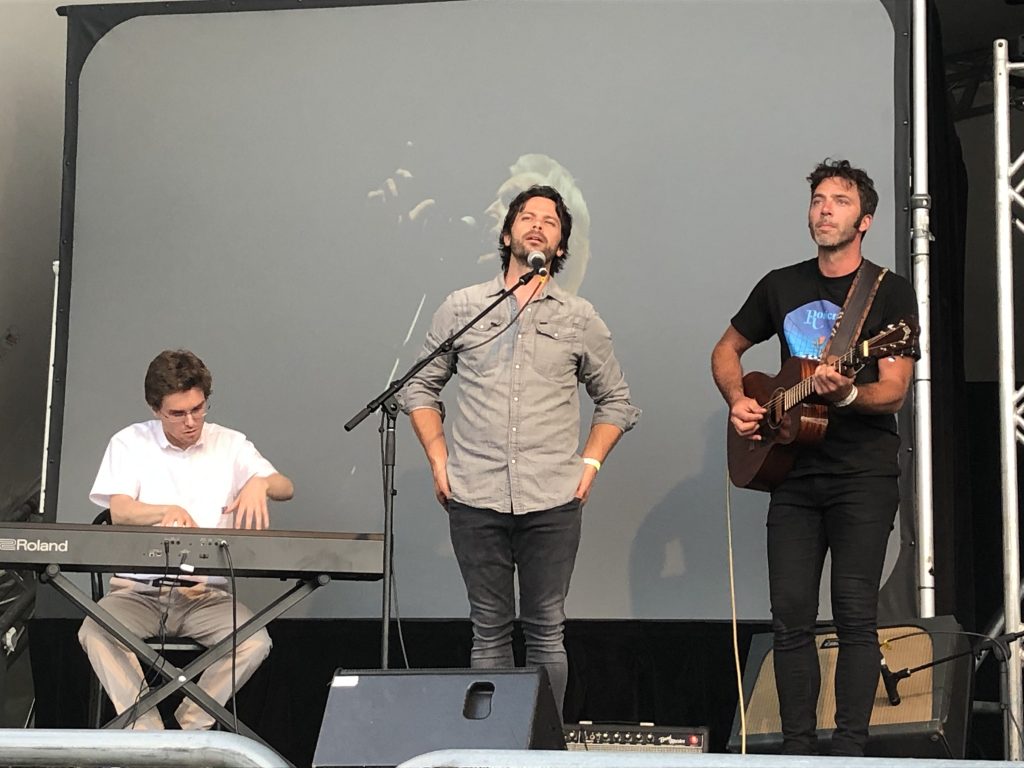 Always a crowd pleaser, the trio De Temps Antan had the second last spot on the mainstage Sunday night.

Dávid Boulanger on fiddle, Pierre-Luc Dupuis on jaw harp and accordions and Eric Beaudry on guitars and bouzouki gave a memorable performance that had the crowd up dancing in no time. It’s pretty astounding to hear simultaneous foot percussion from musicians playing their hearts out.

Tonight, De Temps Antan was showcasing their new CD: Consolez-Vous, bringing jazzy numbers into their solid progressive trad repertoire. The influence of Dávid Boulanger, who joined the band last year, is bringing their material down a new road.

The guys brought invited guests with them on stage for the show tonight. There was Marie Savoie-Levac (Rosier) on bass, Béatrix Méthé (Rosier) on voice, Sébastien Dubé on contrabasse, and Michel Bordeleau on mandolin. They all made a joyful noise that the crowd was wild for. Such fun! 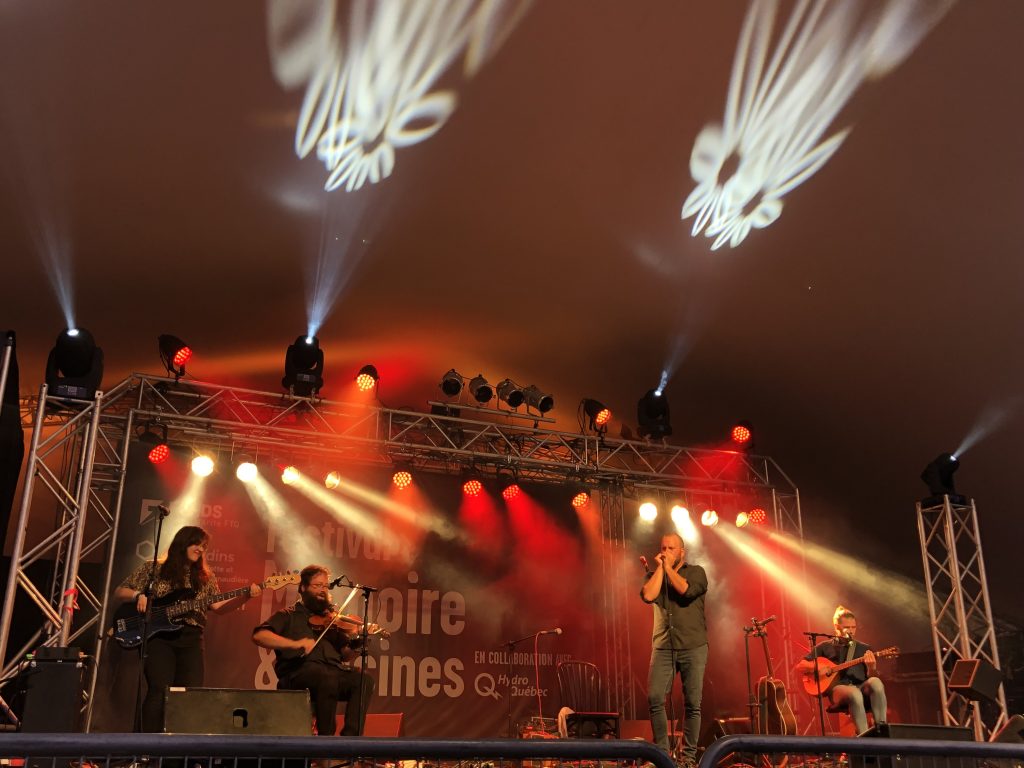 Just before Le Vent Du Nord was to take the stage for the Sunday night finale, we were treated to a tweener from Tipsy 3. Three talented women from Québec, New Brunswick and Nova Scotia played Celtic/Cape Breton sets of dance music.

They were joined by three members of the dance ensemble La Foulée, stepdancing up a storm on the tiny tweener stage. Triple, triple threats! 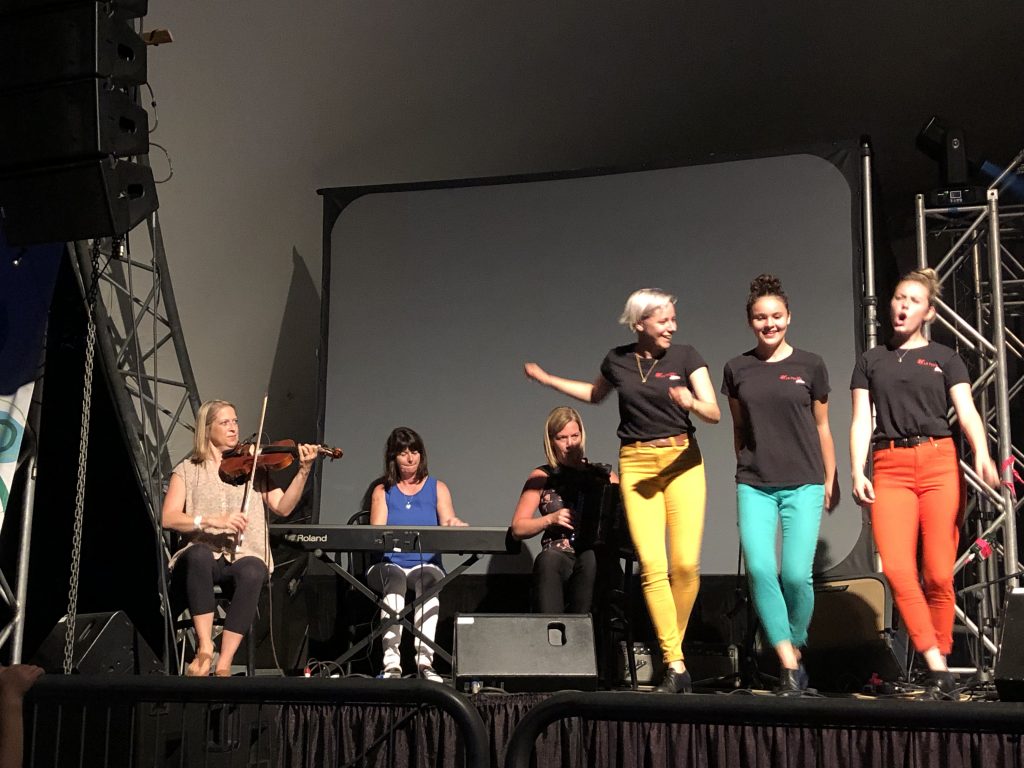 What can I possibly say about Le Vent Du Nord that hasn’t already been said?

Well, one thing is that the addition of the extraordinary fiddler André Brunet to the band last year has made it better than ever.

The sheer energy of the performance tonight was incredible. These guys are brilliant entertainers.

Le Vent Du Nord showcased their new CD, Territoires in this performance. They brought guest artists on stage with them: François Beausejour on electric bass, all the members of De Temps Antan, Sébastien Dubé on acoustic contrabasse and a whole crowd of musicians who had performed on the same stage over the weekend.

Nicolas Boulerice was on keyboard and vielle à roue. André Brunet and Olivier Demers were both excellent on fiddles and foot percussion. Réjean Brunet played accordions and bass and Simon Beaudry was on guitar. What a great team they made, pleasing the crowd to no end. I lost count of the encores, but I definitely took notice that the dancing crowd knew all the words to every song. 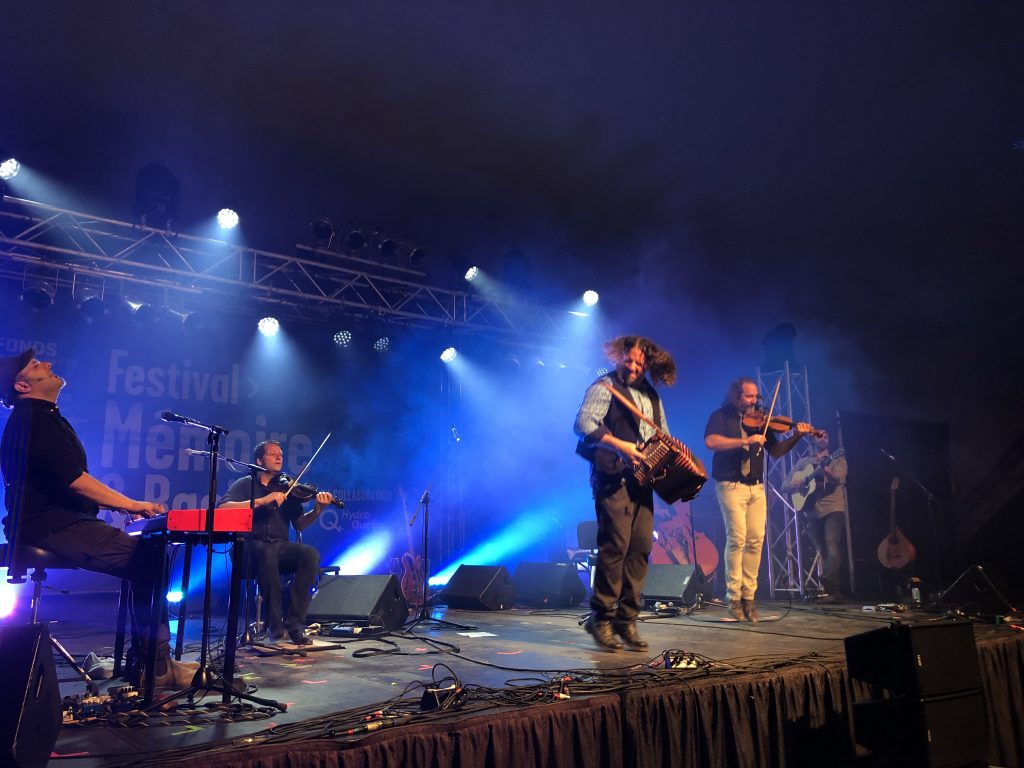 Dispatches from the Calgary Folk Fest – ...