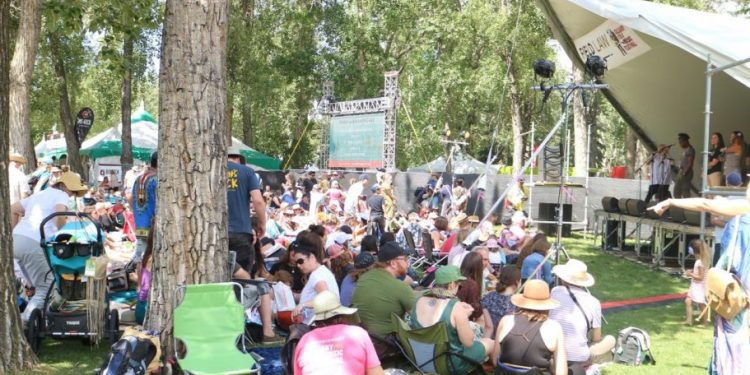 It was hard to believe that the last day of Calgary Folk Fest 2019 had arrived. Sunday morning provided patrons with the opportunity to immerse themselves in musical improv, which saw multiple bands unite onstage to play together for the first time. Here, Calgarians witnessed musicianship at its finest as lyrics and melodies were learned on the fly. Perhaps this is why these performances are astoundingly impressive to watch as a music lover. It’s not simply live music; it’s a magic show! The acts come together to create a truly unique experience. I had the pleasure of watching two of these shows: Manual Transmissions and Knocking on Heaven’s Door.

Manual Transmissions kicked the day off with an accumulation of bluegrass and folk artists. We Banjo 3, Della Mae, Willie Watson, and The Young Novelists all took to the stage although, when they started playing, they blended as one. The array of instruments included banjos, acoustic guitars, fiddles, harmonicas and a double bass. In essence, the sound produced was exactly what comes to mind when someone imagines the epitome of “folk”.

Each group took turns leading the others, which was especially fun to watch. One would begin to play a song while everyone stood back, intently listening and figuring out how they could compliment the sound. Once the second verse rolled around, everyone joined in, picking up on queues and patterns along the way. At one point, an audience member threw her hands in the air as if to say, “How do they do that?” 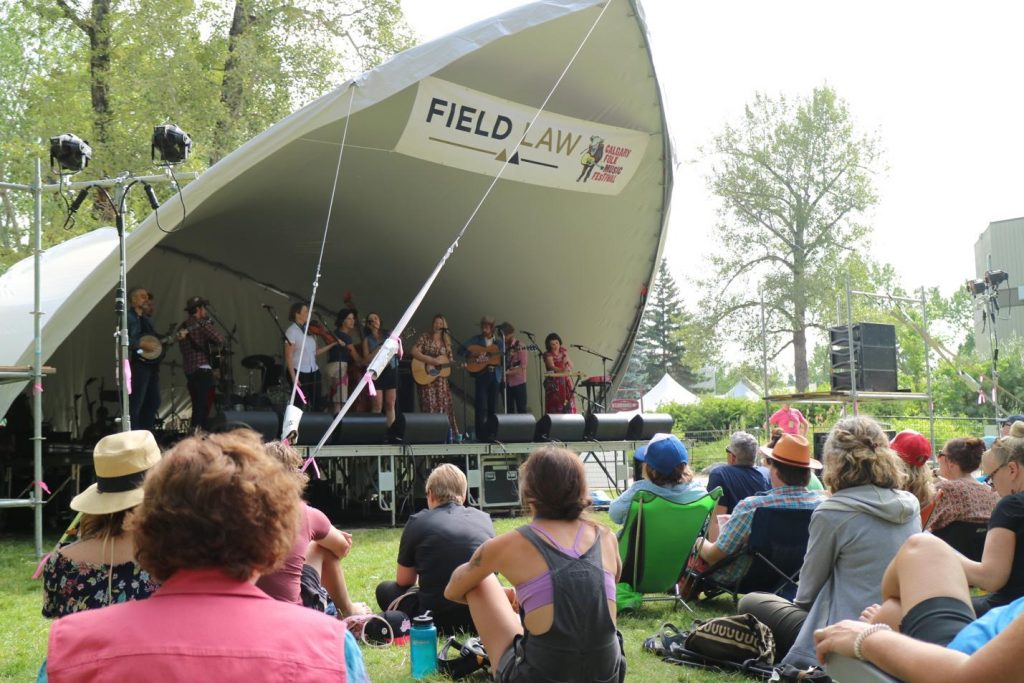 At many times in the set, the fiddles stole the show. The two players, one from Della Mae and the other from We Banjo 3, would often duet and take turns showing the other off. They would tease and taunt each other in the kindest way possible, and the crowd adored the playful jest.

An unforgettable moment came when the lead singer of We Banjo 3, David Howley began crooning Stevie Wonder’s “Superstition.” As he belted the first few notes, the excitement from those on stage and the audience became tangible. Toned harmonies fused together, along with the perfect balance and blend of each instrument on the stage. This song was the equivalent to a magician pulling a rabbit from his hat. The entire set was building up to that moment, and it was pure magic.

After that came Knocking on Heaven’s Door. This collaboration featured the likes of Kat Danser, Ranky Tanky, Revel In Dimes and Blackburn. The concept was the same as the last performance, only this set was rooted in the blues. The musicians provided a seasoned balance of smooth, sultry tones with rich instrumental background. Each group had powerful female vocalists who complimented each other extremely well. Where the last group was more hesitant to join in, these acts took risks, and they paid off. 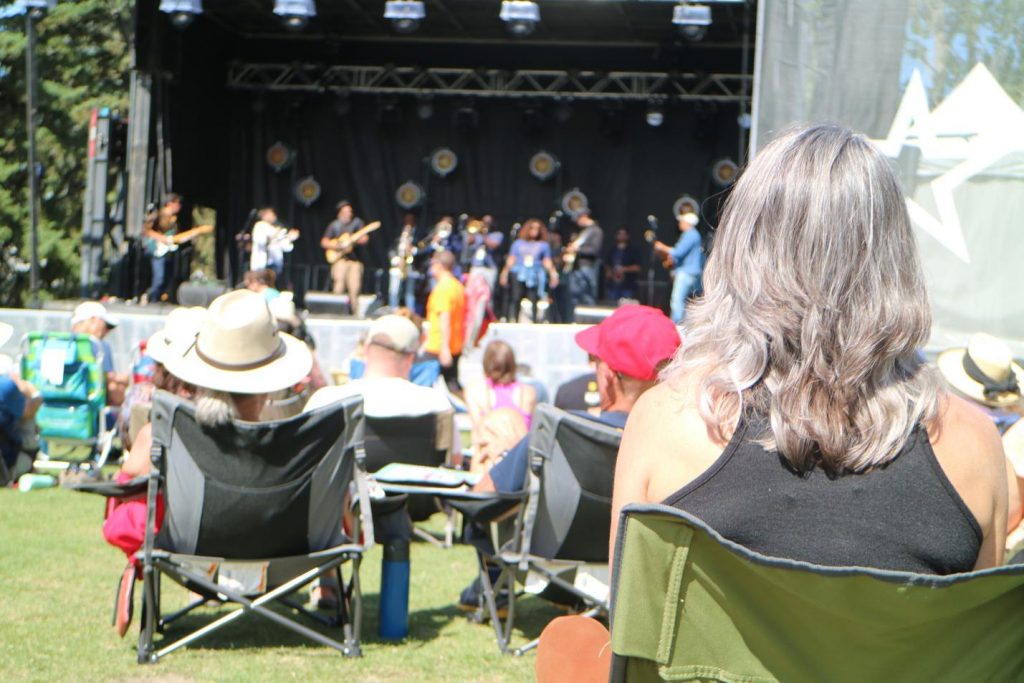 With a few hand signals, a guitar solo would begin, and once the last strings were plucked, it was time to focus on the wind instruments. Everyone was encouraged to revel in the spotlight at least once during a song. It made for dramatic moments that got the crowd on their feet.

Ranky Tanky announced their song “Knee Bones” by explaining that in Africa, where their style of blues originates, the idea of rigidity is likened with death. They encouraged everyone to get up and groove to the music – and groove they did. Each musician on that stage melded into the song, which took flight and expanded into the audience. It was a remarkable performance to witness, and it ended with a sing-a-long that resulted in the entire field crooning.

The set was energetic from start to finish, as they catapulted from one band’s song choice to the next. The best parts came in the middle of each track, when the crescendos would build to the point of combustion. Those were the most memorable moments, and the times when even the musicians themselves could be seen hanging their heads back, absorbing every second.

The end of the performance resulted in a standing ovation. I suppose one could say that my experience at Calgary Folk Fest ended on a high note.