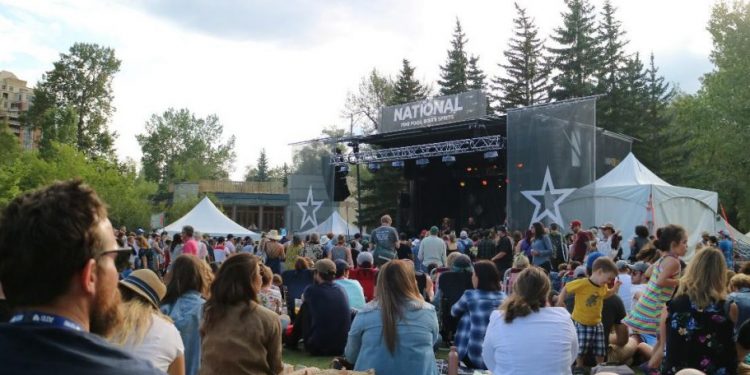 Improvisation was a big part of Saturday’s excitement at the Calgary Folk Music Festival. What started as a beautiful day on the Island quickly turned ugly, as severe weather rolled in. Thankfully, the fast-acting festival coordinators and volunteers swooped in and bolted down the equipment as the unexpected winds picked up and rain poured down. The storm only lasted a moment; it left as quick as it came. The determined crowds and artisans endured the brief inconvenience, and the festival carried on without a glitch. “The show must go on,” as they say, and it did with Ramy Essam, The Devil is Three, and Mekon, all performing their crowd-pleasing sets.

Ramy Essam and his band both looked and sounded the part of heavy metal and rock n’ roll. With an eye-catching power stance, Essam belted out his opening song, which was riddled with militaristic beats and oozing with fierce purpose. This rugged performance was quickly qualified when Essam spoke of Egypt’s democratic strife and how his music is his platform to advocate for human rights. Experiencing the country’s injustices first hand, Essam has sought refuge in Sweden where he continues to plot his social and political endeavors. Revered in his hometown for making waves in the political revolution of 2011, Essam’s stories resonated with the Calgary audience.

One of the most powerful moments of the afternoon was the audience singing a long to John Lennon’s “I Don’t Want to be a Solider Mama.” This was followed by a standing ovation from the crowd, which was clearly deeply moved by Essam’s music. He ended the set by commending the festival for its compassion and understanding when paperwork stopped him from performing at last year’s event. 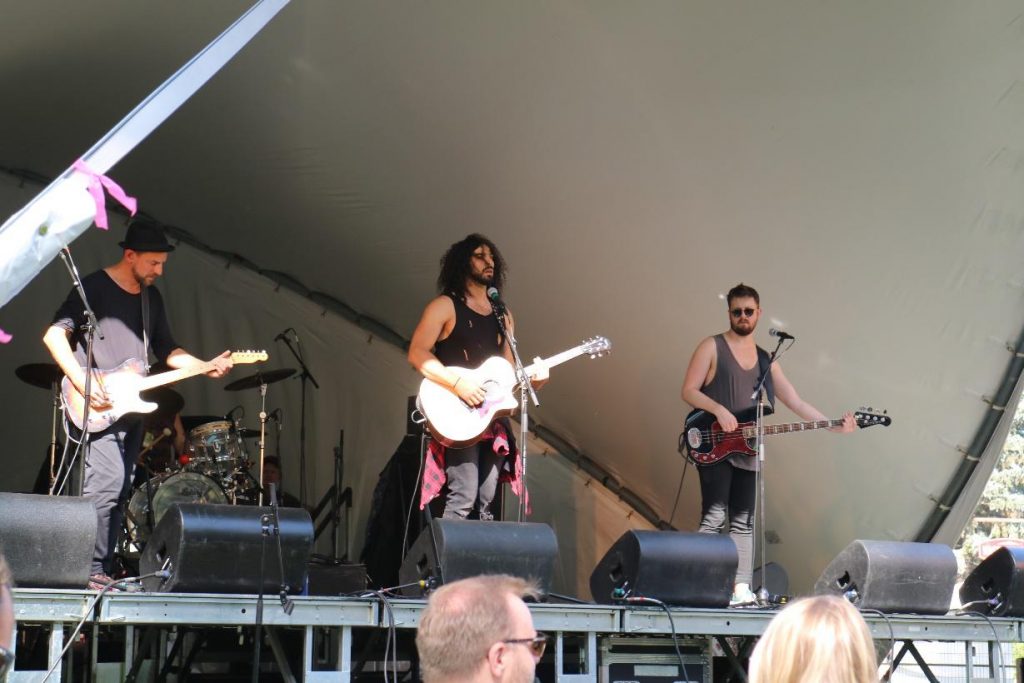 On the National Stage, there was a dramatic contrast in music and culture with The Devil is Three taking the stage. This set explored the genres of bluegrass, country and ragtime. The audience enthusiastically sung the songs word for word as they bopped along. Pete Bernhard, a self-declared rebel, is the band’s lead vocalist and guitar player, who fueled the crowd to let loose and party. This storyteller had a rock n’ roll energy that was dangerous in his mixture of mischievousnes and charm, and that kept the audience reeled in until the last song. As the band left the stage an audible, “one more song” was chanted in hopes of their return.

Pete’s bandmates, Cooper McBean and Lucia Turino, remained tight on the harmonies and unified in the playful builds that often erupted into a jumping good time. Bernhard demonstrated his seasoned professionalism with his commanding stage presence, charming banter, and humble appreciation for the sound technician.

If the sound technician was basking in his high praise, his attention was quickly redirected, as the next act, an eight-piece band, took the stage for the night. Mekon had an energy that was similar to a welcoming English pub, as they belted their punk-rock songs. Thick in textured sound, the members shared the spotlight highlighting each bandmate’s talents. The four vocalists were strategic in the division of verses and harmonies and in the layering of cannons. Their light-hearted jokes and silly banter let the audience know early on that nothing was to be taken too seriously during this performance. The up-tempo fun was contagious, and the audience was quickly up on its feet dancing along. 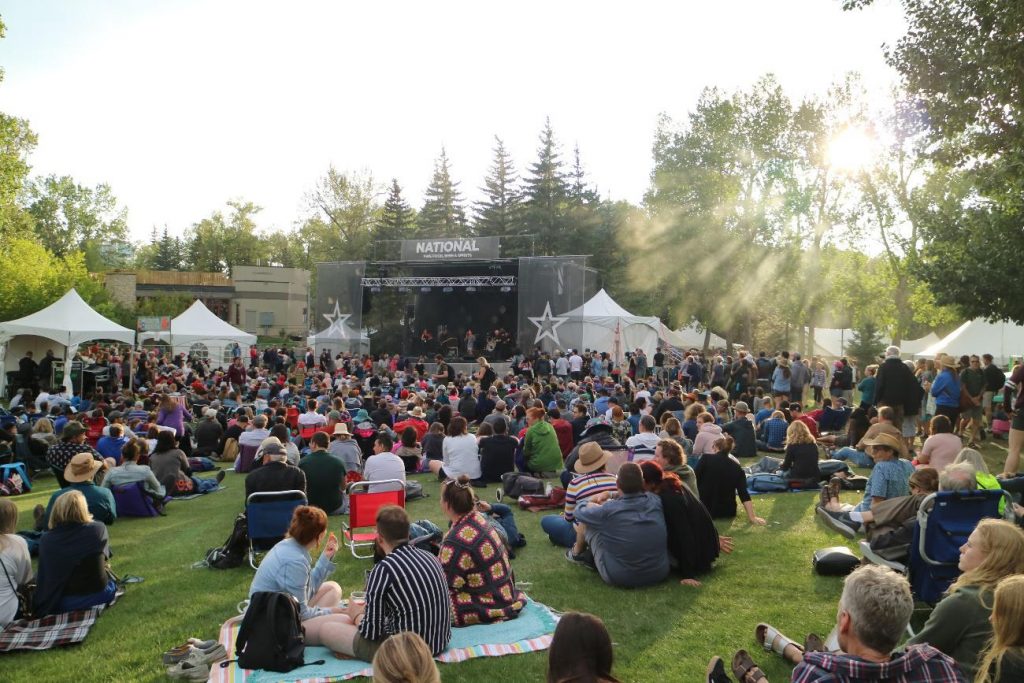 The set was carefully thought out as even the mellow songs had a bop that led right into the hard-hitting beats. This colorful band was not short of a good-time with their multi-talented crew playing an array of instruments. The on-stage dynamic kept the audience captivated, leaving the crowd eager to see what they would do next. Mekon ended the set with their signature forward air kicks and guitar strums into the air.

All in all, it was an international and diverse fusion of music at the Saturday Folk Festival that left us wondering: what does Sunday have in-store?

Dispatches from the Calgary Folk Fest – ...