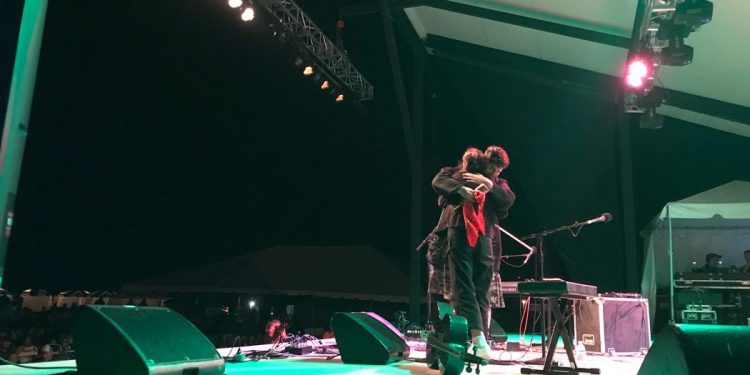 The day began quite unlike they do at other music festivals – the pop music festivals where alcohol flows freely. Folks (no pun intended) were out stretching, jogging, and making their morning coffees. Nobody is here to show off how much they can drink or how early they can do it; they’re here for the music.

I know everyone and their dog writes about how peaceful and serene the festival grounds are, but I can’t in good conscience not mention it. You’re between grassy cliffs with your best friends, it’s not too hot, the weather is sometimes terrible—but there’s not many bugs, the music is great, and everybody’s looking out for each other.

A clear standout from the early shows was the Berklee-trained Lula Wiles trio. 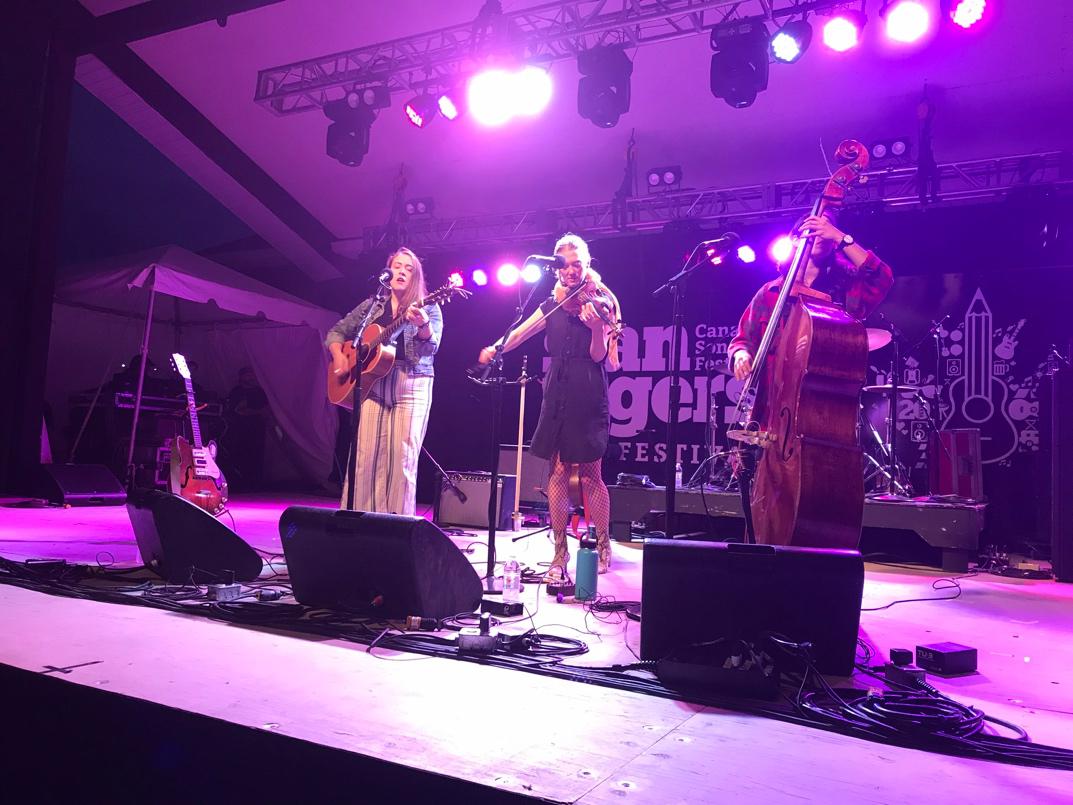 On stage, they were outspoken about Indigenous issues in a common sense, strong, yet gentle way. As it turns out, their bassist, Mali Obomsawin, is the cousin of Alanis Obomsawin, an Order of Canada-winning filmmaker known for her poignant documentaries on colonization. The trio’s Ellie and Isa confirmed there is nothing cocky about Stanfest. They say it’s one of their favorite festivals they’ve played. There’s no fancy green room, but the food is home-cooked, and the organizers are prepared for anything.

Another stand-out was — of course — headliner Jeremy Dutcher. As luck would have it, his ancestry is Wolastoqiyik, which is connected to Mali Obomsawin’s heritage of Abenaki through the Wabanaki confederacy. He sang soulfully, almost operatic, incorporating recordings of his ancestors’ language that he tells me are over a hundred years old. 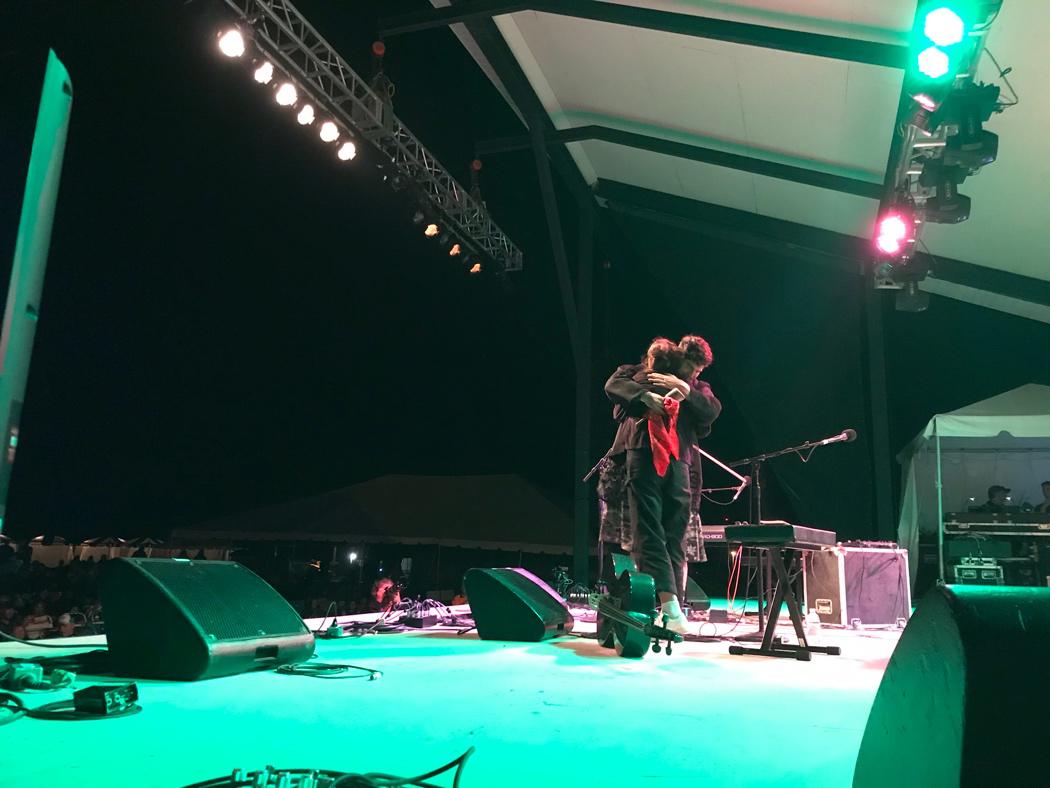 Recent Juno-winner Donovan Woods was thrilled to interview with me before his show. Frankly, I’m not used to that. He was calm, cheery, and definitely didn’t walk around “like a headliner.”

On the topic of facing rejection in his early career in Nashville, Donovan told me, “I’m okay with rejection. I’m amazingly okay with it.”

Asked who his Canadian influences are, he replied, almost humbled to be speaking of his predecessors, “any Canadian who has made a living in the arts is an influence of mine.”

Wrapping up the chat on a dimly beautiful note: Donovan reflected on how his divorce may have fueled his song-writing.

“It hasn’t really,” he said. “I’m pretty open to sadness all the time. Even with my kids, I see them going through little things at school like the friendships, being popular, fitting in or not fitting in. All those things are so devastatingly sad to me. There’s enough sad things to write a million songs about every day. So, I don’t really need to go through horrible things to feel that. … It’s other things in the world that prompt me for sure.” 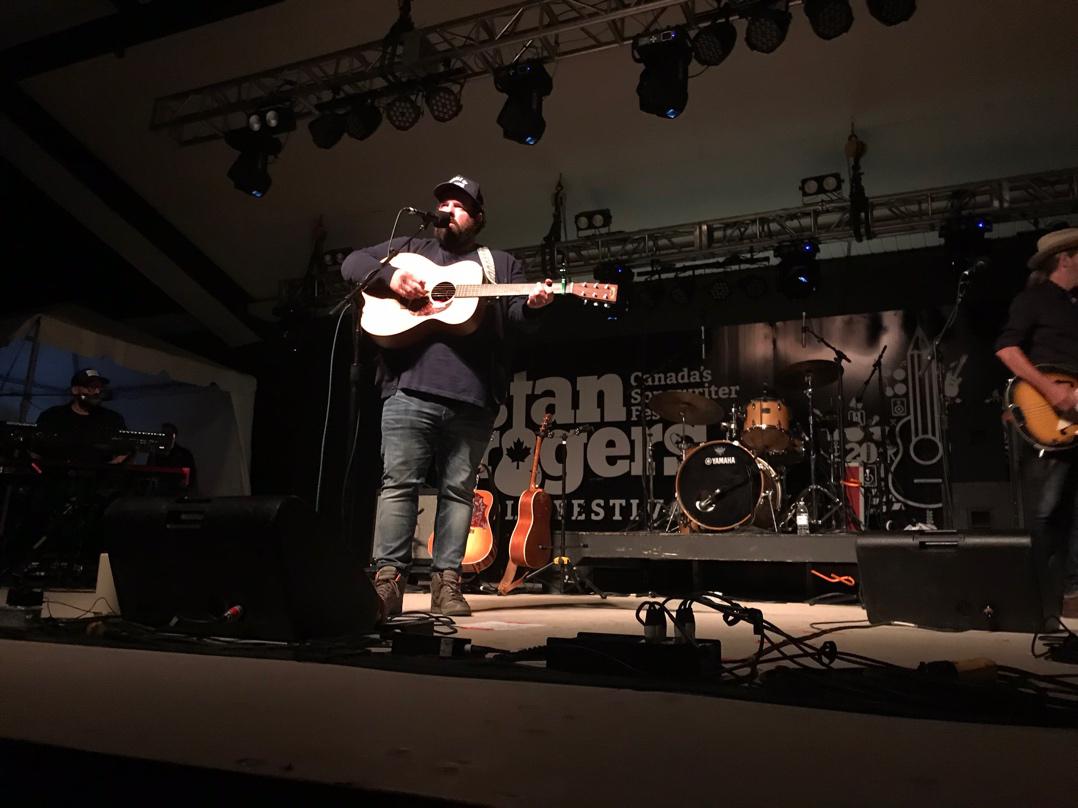 Correction:  a previous version of this story said that Mali Obomsawin is the niece of Alanis Obomsawin. She is actually her cousin.