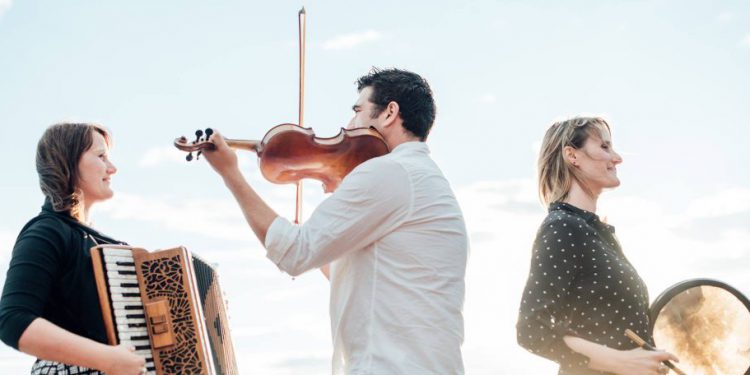 The Rollo Bay Fiddle Festival is upon us! From July 19 to– 21,, music lovers can flock to the beautiful rural region of Rollo Bay, just minutes outside the coastal town of Souris in eastern Prince Edward Island.

To give you a bit of history on the festival, according to the event’s website, “The Rollo Bay Fiddle Festival was created to preserve Prince Edward Island’s tradition of music. Every year, during the third weekend of July, our festival continues to feature top world class performers. Over the years musicians like Natalie MacMaster, Ashley MacIsaac, Richard Wood, Troy MacGillivray, Jerry Holland, The Chaisson Family, The East Pointers and many others have performed on our stage. Our festival draws fans both young and old from around the world. July 19 – 21 will mark our 43rd year.”

There will be lots to see and do while you’re there! If you check out the schedule, you will see the various musician workshops, songwriters circles, barn dances, trivia, even daily yoga and the Friendly Fiddler’s 5K run – so there really is something for everyone to enjoy! In addition to that, this year’s festival brings with it some of the best artists and groups in traditional music today! Here are some of our picks for some artists you need to check out when you visit the festival!

The Barra MacNeils: From Sydney Mines, Cape Breton, siblings Kyle, Lucy, Sheumas and Boyd MacNeil, along with Jamie Gatti, have been performing together the world over for more than 30 years now. As a group, they are widely regarded as one of the greatest live concert acts in the Celtic world. The family group is deeply rooted in Celtic music, culture, dance, language and history. Their numerous critically acclaimed recordings have included their own original songs as well as tried and true standards, both instrumental and vocal. With over 20 albums and countless awards (including the 2019 ECMA for Fans’ Choice Entertainer of the Year) to its credit, this group is one you do not want to miss this year.

Vishtèn: The trio comprises multi-instrumentalists Emmanuelle and Pastelle LeBlanc from the Evangeline Region of Prince Edward Island and Magdalen Islands native Pascal Miousse. For over a decade, the Acadian trio has dazzled audiences with its fiery blend of traditional French songs and original instrumentals that fuse Celtic and Acadian genres with a modern rock sensibility and indie-folk influences. Lauded as “traditional but fiercely up-to-the-moment,” this band from Canada’s east coast has been recognized as an ambassador of Francophone culture around the world. I caught their performance during East Coast Music Week in May and was instantly made a fan, and I know you will be too!

Mairi Rankin: One of the hugely influential Rankin Family – legends on the Canadian music scene – she plays fiddle, sings and also step-dances up a storm. Born in Mabou, NS, Mairi has been influenced by some of the best Cape Breton traditional musicians and instructors on the island. She has developed her own unique style by being immersed in such a rich musical culture. She has toured nationally and internationally as a solo artist and sideman and is a member of the Cape Breton Celtic super group Beolach. She has performed with the Rankin Sisters, Unusual Suspects and Bruce Guthro to name but a few. Mairi has recorded one solo album and two CDs with Beolach and has been featured on numerous compilations and recording.

The East Pointers: If I can tell you anything about The East Pointers, it’s that their shows have NEVER disappointed! If you want an idea of how great they really are, there’s already a waiting list for their upcoming third album, Yours To Break, out Oct. 25. Redefining the ever-evolving genre of modern folk with Billboard-worthy pop hooks, deep acoustic grooves, trance-like trad breakdowns and three-part harmonies, Tim Chaisson (vocals/fiddle/percussion), Koady Chaisson (banjo/tenor guitar/moog) and Jake Charron (guitar/keyboards), already internationally acknowledged as musical trailblazers, capture the furious energy of their live shows and push the boundaries of East Coast folk while lighting a path for a new generation of music lovers. What you might be interested to know is that, in addition to carrying out their own songwriting and touring, The East Pointers run the Rollo Bay Fiddle Festival, which was originally founded by Tim and Koady’s grandfather in 1976. Jake Charron, now an honorary islander, has been an in-demand touring musician for the majority of his life and met Tim and Koady on tours to Atlantic Canada.

Sultans of String are crowdfunding this very ...