What to see Saturday at the Winnipeg Folk Festival 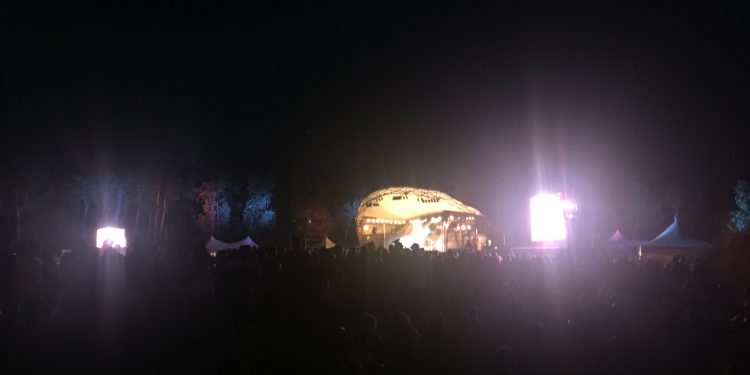 We’re in the thick of things now. Day three.  Don’t sleep in or you’ll miss Pete Seeger’s 100th birthday hootenanny at the Bur Oak Stage at 11:15 a.m. Folk legend and pioneer Pete Seeger passed away five years ago, but as with before, he continues to impact folk music in a positive way. Pete, best known for “Where Have All The Flowers Gone,” “We Shall Overcome,” and “If I Had A Hammer,” among others, never wanted to be the show. To him, the show was everybody singing. More than any other artist, Pete encouraged the entire audience to sing along. That was what folk music was to him, folks singing together. And that’s what the hootenanny is, so come prepared to sing!

One of my (yeah, yeah, yeah, keep yourself out of the story) personal faves every year is the Manitoba Music Workshop (11:30 a.m., Green Ash Stage), this year titled So Long Bannatyne, Hello Bird’s Hill, a play on the Guess Who hit, which features local artists. Bias acknowledged, but the Manitoba music scene is like no other for a couple of relevant reasons. First, there is a lack of competition. There is a camaraderie, mainly because everyone plays on everyone else’s albums. The liquor laws requiring entertainment if you want to serve alcohol mean they play a lot of shows together. And secondly, all these musicians have grown up with, usually at, the Winnipeg Folk Festival. All these factors make this workshop the embodiment of the folk fest spirit.  This is the quintessential folk fest experience – a kitchen party in the field with your friends.

Bird’s Hill Park and the Winnipeg Folk Festival are on Treaty 1 land and homeland of the Metis, and they honour that every year in various ways beyond just declaring it. From the opening blessing to the artist selection and performances, Indigenous culture is growing at the festival. One of the highlights will be the Gichitwaawin Nagamon (Honour Songs) workshop (4:15 p.m. at Spruce Hollow Stage) featuring Bebe Buckskin, Samantha Crain, and the incomparable William Prince. Like similar workshops in the past, Gichitwaawin Nagamon will move you, you will be overcome by spirituality and walk away a different person. This will be a profound experience you’ll never forget. And you’ll learn a few things, too. The importance of workshops like this and the land declaration in repairing burnt bridges cannot be overstated.

The lone Canadian folk artist on mainstage Saturday night is B.C.’s Luca Fogale. His introspective songs about the human condition and all that we are as individuals have been featured on Grey’s Anatomy, NCIS: Los Angeles, and Station 19, but it’s his voice that’s the main attraction. Sincere and innocent, though not naive, Luca’s voice will make you wonder if he’s not Sam Smith in folkie’s clothes. Cancon rockers The Sheepdogs and indie-alt-folk quartet Half Moon Run, who get as close to psychedelic folk as you can get without actually being psychedelic, close the night.