Johnson Crook expands their sound on new single “Dear Me” 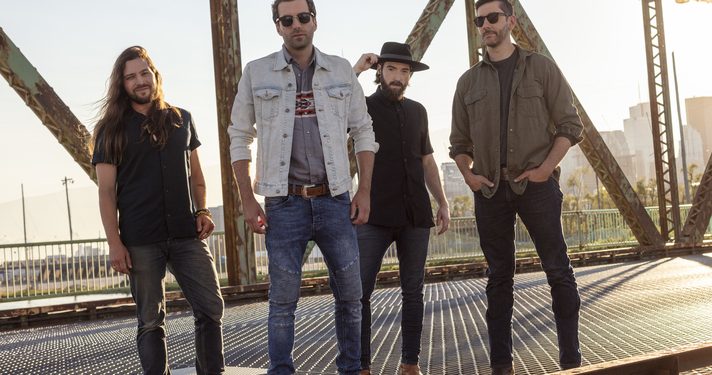 With their new single “Dear Me” — out July 12 on all platforms via Coalition Music — Toronto’s Johnson Crook returns with a fresh approach to their particular blend of rock, country and folk. It’s further proof that a great song, played by exceptional musicians, will always transcend genre definitions, something Johnson Crook’s ever-expanding fan base will attest to.

“Dear Me” follows the quartet’s previous full-length, simply entitled The Album, and shows how far their songwriting has evolved. Built upon a rousing, arena-sized musical foundation, the song’s lyrics are, in the words of singer/guitarist Noel Johnson, “a letter to your future self,” which he wrote in the van on the way to Americanafest in Nashville while thinking of his newborn son back home.

“I started with the idea of how decisions you make at certain times in your life can drastically affect your future,” Noel added. “I finished it back in Toronto and played it for a few people who really seemed to connect to it. Then we started working on it in the studio with our producer, Jeff Dalziel [The Washboard Union, Brett Kissel, Meghan Patrick], who helped craft an incredible arrangement for it. It was kind of a new thing for us to spend that much time focusing on a single song, but I think the results speak for themselves. We’re really excited about how it turned out.”

Since Noel and bassist Jared Craig teamed up with brothers Nathan and Trevor Crook (lead guitar and drums respectively), breaking onto the scene in 2016 with the song “Minnedosa”—an ode to the Crook brothers’ Manitoba hometown—Johnson Crook has become one of the most powerful live acts in Canadian roots music, with their group harmonies frequently drawing comparisons to everyone from the Eagles to Old Dominion. Signing with Toronto-based Coalition Music, they recorded The Album with acclaimed producer Bill Bell (Jason Mraz, Justin Nozuka, Tom Cochrane), who enlisted Tom Cochrane for a guest appearance. From there, they hit the road in earnest across North America, playing massive outdoor festivals, Legion halls, and everything in between.

Although Noel says the group has always thrived on equal contributions from all four members, its new material shows off even more of their distinct personalities. As further tracks are scheduled to appear in the coming months, it’s all going to add up to the next chapter for Johnson Crook—one that old and new fans alike are sure to embrace.

What to see Saturday at the Winnipeg ...