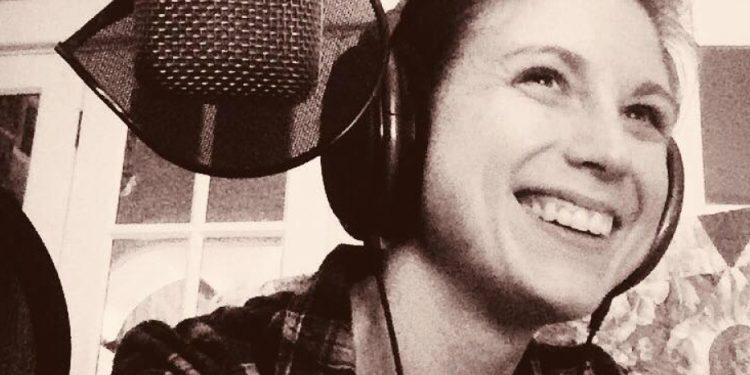 Several years ago I adopted the practice of waiting until after I’d seen an artist in concert for the first time before I listened to any of their music. My goal was to avoid going to a show with any preconceptions or expectations. This practice has resulted in my becoming an ardent fan of Craig Cardiff, Mo Kenney, Peter Katz, Kim Churchill, and Steve Poltz, to name a few.

I maintained this practice when a trusted source recommended Canadian Folk Music and Niagara Music Award-winning Canadian singer-songwriter Ariana Gillis. She remained on my wife and my “must see” list for some time before we found ourselves finally able to attend a Kingsville Folk Music Festival in Kingsville, ON the summer of 2017. Ariana was sharing the bill with a stellar lineup that included Sylvia Tyson, Cowboy Junkies, Steve Poltz, Harrow Fair and Madison Violet.

We were fortunate enough to see Ariana perform several times that weekend and were immediately mesmerized by both her music and her stage presence. She surprised us with the strength of her writing and the power of her vocals, which she delivered with a degree of confidence and professionalism that I’d expect from a performer twice her age and experience. We vowed to see her any chance we could.

After Kingsville we caught Ariana in concert at the Elora Brewing Company in Elora, ON. It was an intimate show, with Ariana accompanied by her father, musician, singer-songwriter, and producer, David Gillis. Once again, Ariana’s performance was completely engaging and she delivered her powerful lyrics earnestly and with a surprisingly wide vocal range.

On June 14, Ariana Gillis released her third studio album titled The Maze. I prefer to review only vinyl releases, and while The Maze is currently only available on CD and via streaming platforms, my understanding is that the plan is to release a vinyl version in the future.

The Maze is a beautifully heartfelt and thoroughly engaging album from start to finish. Ariana’s songs overflow with confident lyrics, not surprisingly, as she started writing original songs at a very young age. Buddy Miller clearly recognized Ariana’s overwhelming talent and used his award-winning skills to provide her the space she needed to deliver sometimes unique vocals while being accompanied by the perfect amount of production. The star of the album is Ariana’s incredible voice, and Buddy remained conscious of this fact on each and every track, never running the risk of hiding it behind too much instrumentation or overproduction. I found myself listening to the album over and over again and throughout an unexpectedly wide range of volumes. Each listen was as thrilling as the one previous. This is no small feat for a folk-pop album.

While “Dirt Gets Dirty” was the first single released from The Maze, several of the songs could’ve easily fit the bill. My personal choice would’ve been the upbeat and pop-flavoured “Slow Motion Killer” or perhaps “Rock It Like Fantastic.” I could easily imagine either song fitting in quite nicely on indie radio stations across North America.

Ariana’s passion and commitment to her craft are easily apparent throughout The Maze and it’s these traits that have earned her notable admirers such as Bernie Taupin (Elton John’s songwriting partner) and Dave Marsh (Rock Critic and author). I expect this album to attract even more. I know I’ve become a fan for life.

Live music fans won’t want to miss Ariana’s CD release party tonight at Hugh’s Room Live in Toronto, ON. Summer festival-goers in Ontario can catch Ariana at Summerfolk Music & Crafts Festival in Owen Sound this August. You’ll find my wife and me at the latter, attempting to catch Ariana as often as we can and hoping by then she’ll have a vinyl version of The Maze for sale in the merch tent.