Celebrate summer with live music on the patio at Festival Place in Sherwood Park, AB 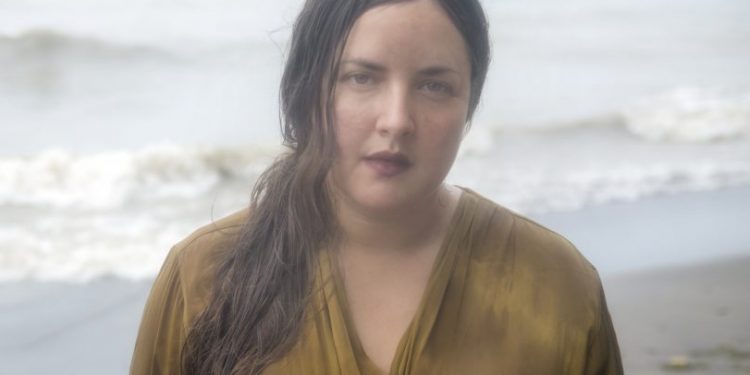 Rain or shine, every Wednesday night Festival Place in Sherwood Park, AB presents an eclectic variety of music throughout the summer season. You never know what treasures you might discover. 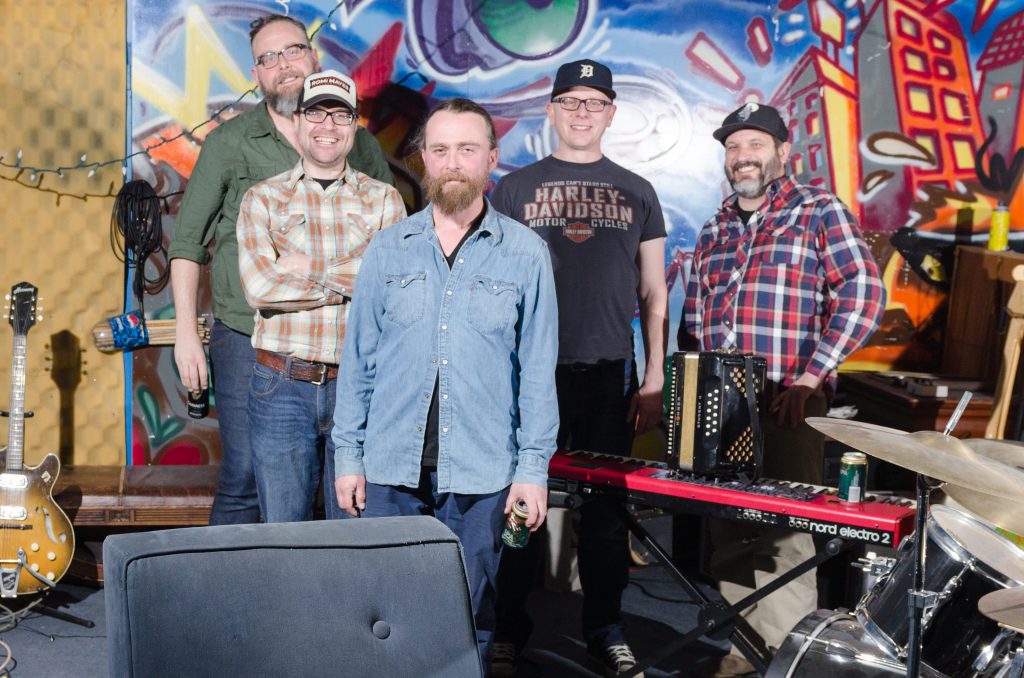 From his beginnings in Lily Plain, SK, to his records recorded with AA Sound System, to his solo work, Ayla Brook has remained tried and true. His latest release, (I Don’t Want to Hear Your) Break Up Songs, is exactly that: a tapestry of hurtin’ and feelin’ tunes about life on and off the bar stools. Joined by his regular five-piece band, The Sound Men, Ayla can be seen packing the dance floors of Albertan honkytonks, soaked in wine and whiskey. He’s made a name for himself on the road, supporting such diverse acts as Danny Michel, Daniel Romano and the Arkells, and is always up for the next great adventure. 2018 saw Ayla Brook & The Sound Men nominated for three Edmonton Music Awards, taking home Roots Artist of the Year, while also playing a full summer of folk and indie music festivals. 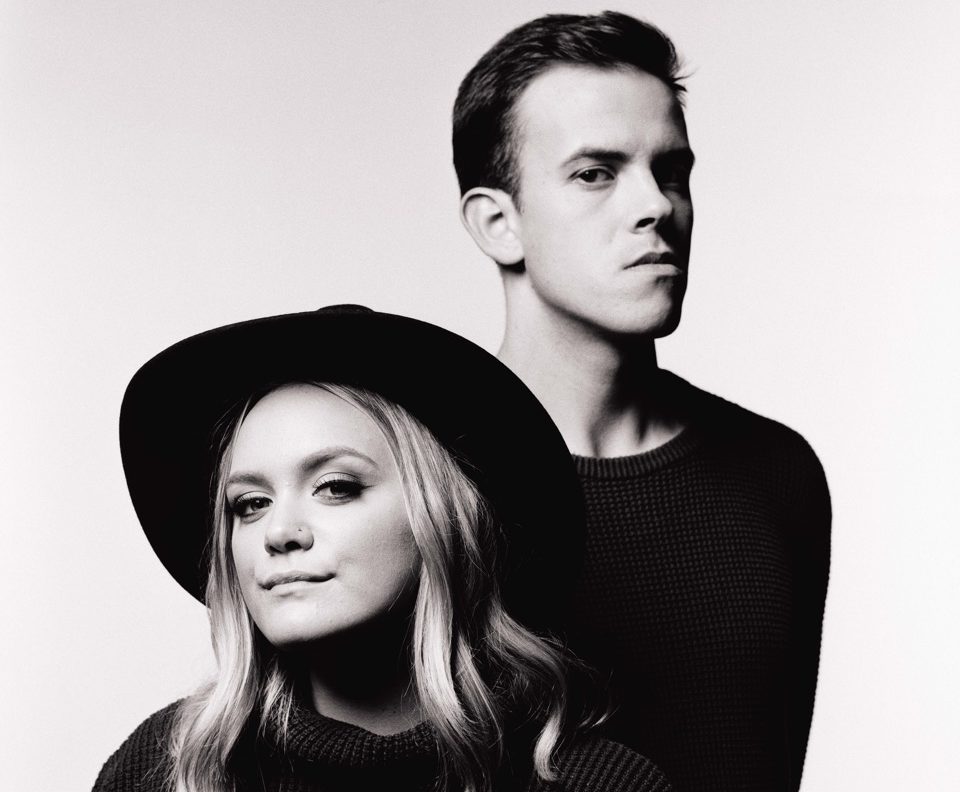 Post Script has been evolving since 2013 when fate joined their forces. The captivating vocal of Steph Blais with Paul Cournoyer’s rich baritone and soothing stand up bass delve into their shared Franco-Albertan roots. Their earnest lyrics blend with Nashville twang and French folk ambiance. Winners of Alternative Recording of the Year at the 2016 Edmonton Music Awards and shortlistees for the Edmonton Music Prize, the pair have trusted the art first and foremost, and that has led them to stages everywhere from the Canmore Folk Music Festival to the Winter Lights Festival in Reykjavik, Iceland, and many intimate and vaulted venues in between. 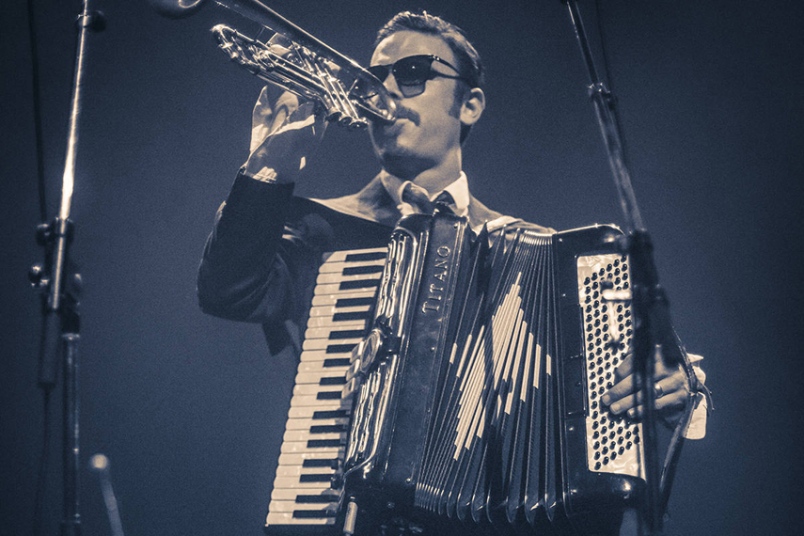 Jack Garton and the Demon Squadron are a highly-trained crew of Vancouver’s most unique musical talent. From rockabilly to rocksteady, country to Cajun, every show is roots music mayhem executed with classic showmanship and wry humour. While touring western Canada, Washington State, and Alaska, the Squadron has been honoured to serve festival main stages, concert halls, theatres, clubs, and cook-outs. It’s all in the line of duty for BC’s ramblers as they continue to wage Jack’s campaign of heavy honesty and devastating joy throughout the region. 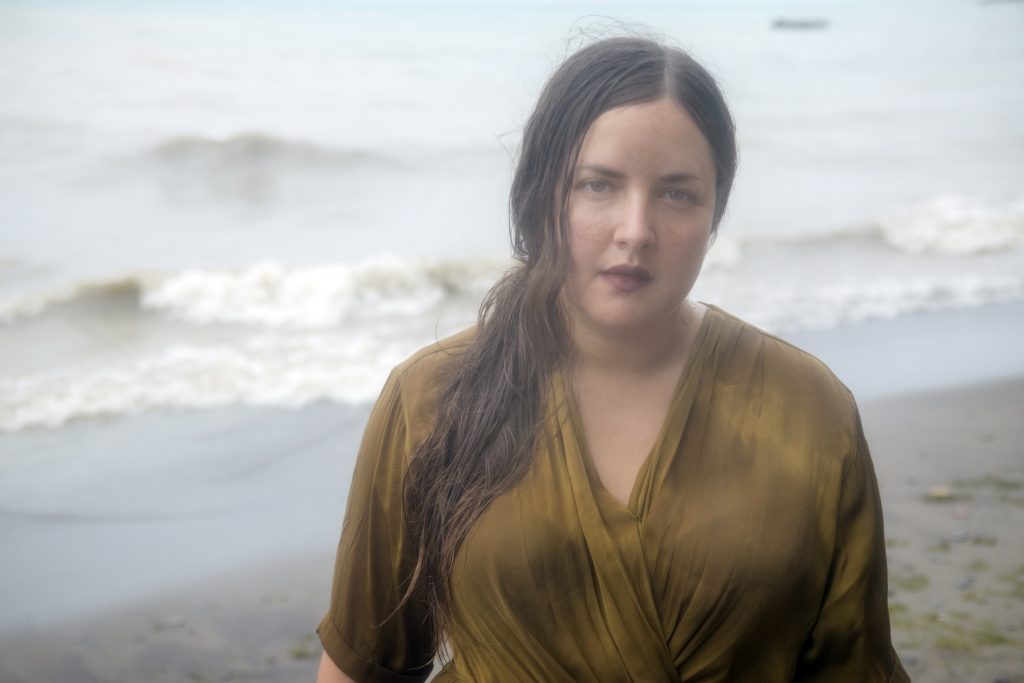 Call it prairie noir, or Canadiana desert rock; Abigail Lapell sings haunting, gorgeous modern folk songs, mapping epic natural landscapes and deeply intimate personal territory. The Toronto vocalist, guitarist and multi-instrumentalist has released three acclaimed solo albums. Hide Nor Hair, her Chris Stringer-produced sophomore LP, won a Canadian Folk Music Award for Contemporary Album of the Year in 2017. Since then, Abigail has been on the road, touring across Canada, the U.S. and Europe, and playing at festivals like Pop Montreal, Mariposa, In The Dead of Winter, Tiny Lights and Folk On The Rocks. Getaway, Abigail’s ambitious third release, was released in February 2019 on Coax Records/Outside. 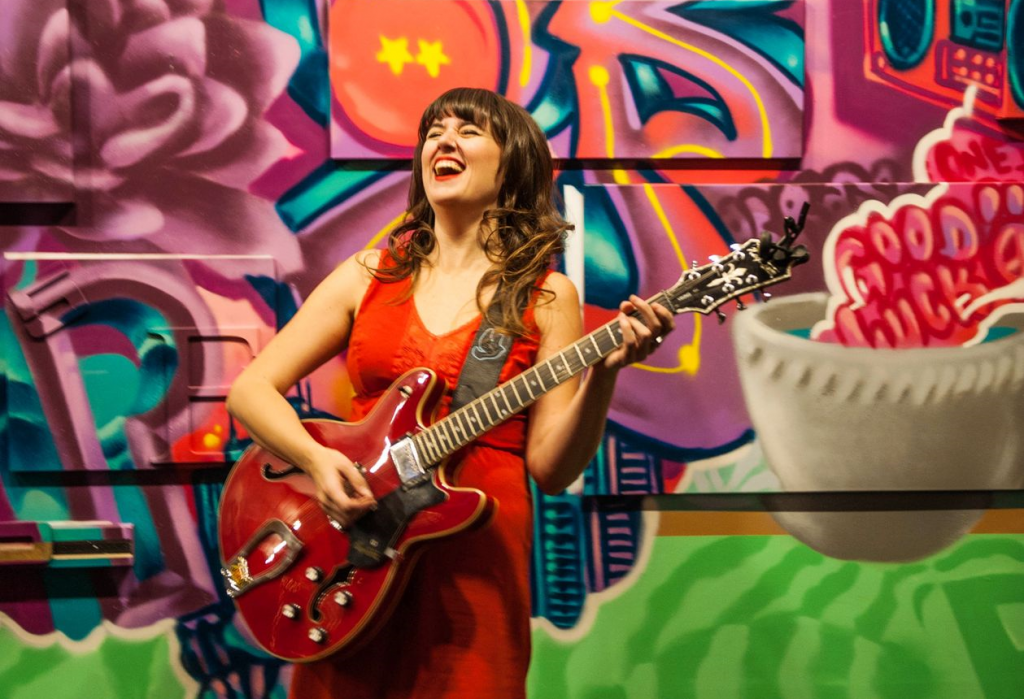 Kimberley MacGregor is a powerful performer and roots musician who writes music for humans. She unapologetically exposes universal emotions that people tend to conceal. A reformed bank manager, Kimberley realized she was doing a successful job of living someone else’s life and a poor job living her own. In 2013, she launched her original songs into the world and took centre stage. She has since released two full-length albums and was awarded Female Artist of the Year at both the 2015 and 2016 Edmonton Music Awards. She lovingly crafts and passionately performs songs that will move your heart, change your mind and stomp your feet. Weaving seamlessly between blues, folk and rock, her common threads are strength, vulnerability and badassery, always sizzling with soul. 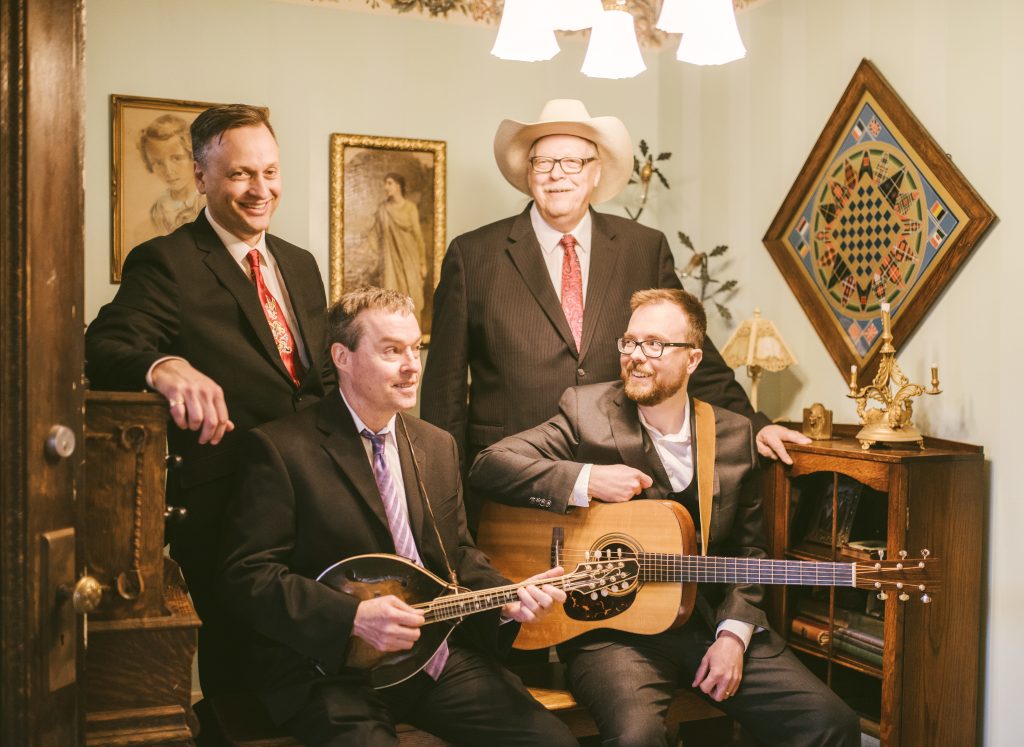 The Bix Mix Boys focus on the highest quality of music, both vocally and instrumentally. While keeping the tradition of bluegrass alive, they want to bring their unique, Canadian interpretation to the genre, whether singing original songs about Canada and Alberta or performing songs from well-known Canadian artists. They’ve entrenched themselves into the Edmonton and Calgary bluegrass scene and consider themselves ambassadors of bluegrass music. 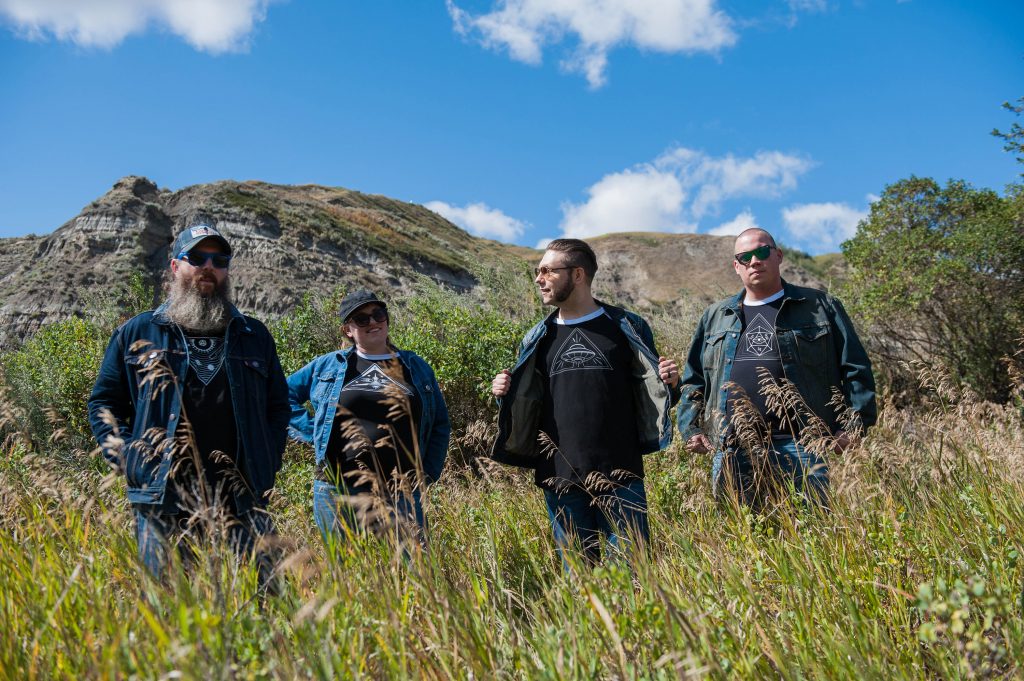 It started with a shuffle beat between two musicians in Edmonton, AB. The beginnings were humble, but for The Give ’Em Hell Boys, what started as a side project evolved into a full-fledged musical exploration of roots, country, and rock music. Over the past decade, The Give ’Em Hell Boys have evolved their own distinct sound. Consistent gigs and a pickup truck full of songs in their repertoire have kept this four-piece band grooving and growing stronger in the Canadian music scene. Echoing the sentiments of their heroes, their high energy brand of country is fused with attitude. 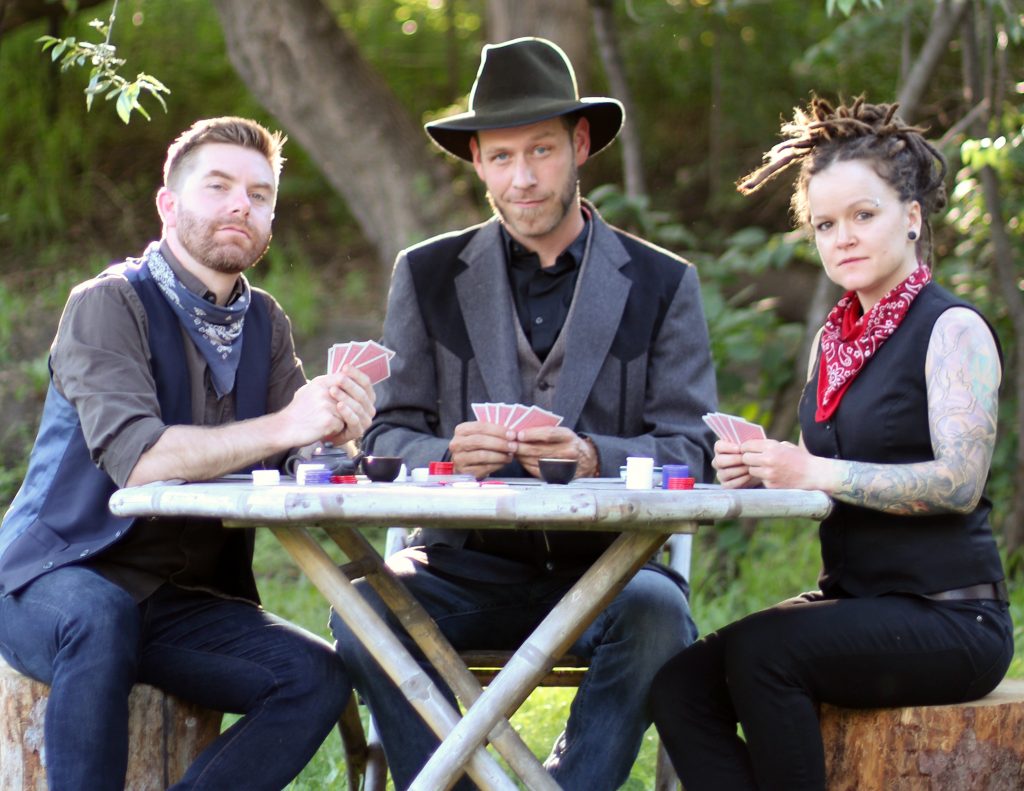 Edmonton’s Scott Cook has distilled the stories collected over a dozen years touring across Canada, the USA, Europe, Asia, Australia, and elsewhere into straight-talking, keenly observant verse. He brings his long-time bandmates Bramwell Park on banjo, mandolin, and harmony vocals, and Melissa Walker on upright bass and harmonies, along with California songwriter Justin Farren, who joins them for a cameo. Scott’s sixth studio album, Further Down the Line, earned him his second Canadian Folk Music Award nomination for English Songwriter of the Year and comes packaged in a 132-page book containing a look back, in words and pictures, on his last decade of near-incessant travel. Scott is a hard-working troubadour, averaging over 150 shows and a dozen festivals every year since 2007. All the hard miles notwithstanding, he still believes that songs can change your life, and your life can change the world.

Tickets are only $8, all shows start at 7:30pm. To see the full season and for more details, visit festivalplace.ab.ca