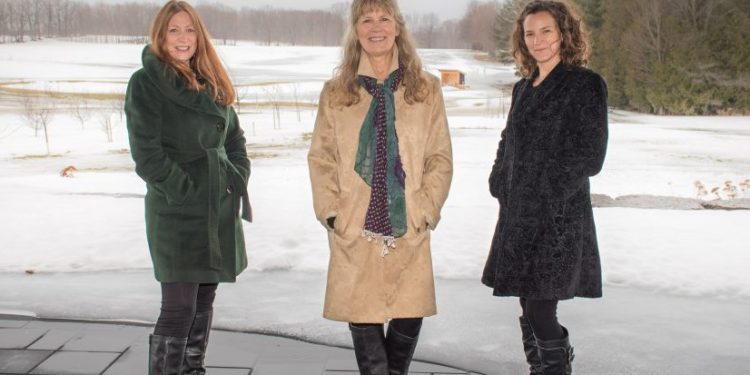 For the past several winters, the trio of Tannis Slimmon, Jude Vadala and Katherine Wheatley have been touring their holiday season side-project, Boreal, through community theatres and other intimate venues across Ontario, charming audiences with their exquisite three-part harmonies and clever arrangements of traditional and original songs.

So it came as a surprise to some when the group announced that Jude would be retiring from touring as part of the ensemble.

Who could possibly fill her shoes?

Well, it turns out that Angie Nussey, who grew up in Orillia (read: she knows a thing or two about winter) and has won something like 15 music awards, was up for the gig.

And now Boreal is taking the rare step of releasing a song in the summer to introduce her.

In honour of Father’s Day, this is their brand new recording of Angie’s song “Warm Hands.”