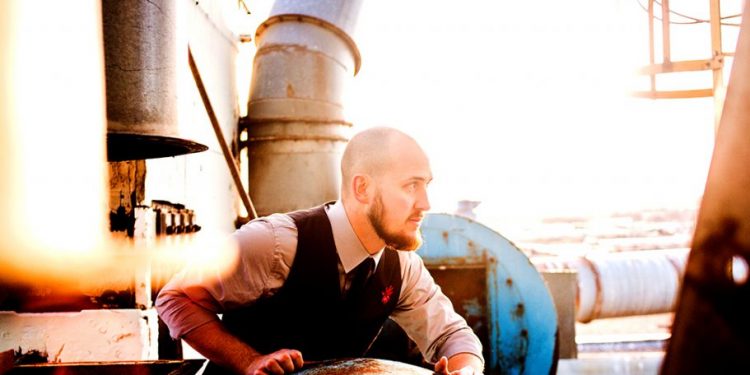 Many people in the folk-roots scene know Jean-Paul De Roover as much for his role as the artistic director of the Live from the Rock Folk Festival near Thunder Bay, ON., as they do for his work as an artist in his own right.

Jean-Paul has tended to fly under the radar on the national touring circuit, in part because his eclectic post-pop sound makes him hard to pin down artistically.

He is from Thunder Bay but grew up across Africa, Asia and South America. He draws influences from rock, pop, a cappella, electronica and global music. And, until now, he’s been known for live shows that make heavy use of a loop pedal.

His new projects, Love and Loss, will be equally confounding to anyone wanting him to commit to a genre, because they see him embracing two extremes at the same time – well, almost the same time. Love, which releases May 31, and which we’re thrilled to premiere in its entirety today on Roots Music Canada, is as much a folk singer-songwriter record as anything you’ll hear this decade. Loss, which releases in the fall, and which we won’t be premiering here on Roots Music Canada, is pure, heavy progressive rock.

If you look at any album I’ve done, there’s always a sense of duality to it,” Jean-Paul said, in explaining the unifying elements of his increasingly diverse body of work.

His first EP was actually titled Dichotomy. His full-length album, Windows and Doors, focused on the conflict and contrast between one’s ideals and the paths of least resistance. And his previous album, Complexity in Simplicity, saw him taking complex music from his live show and reducing it to a pop song format.

I still have that sense of duality, but I wanted to make sure I let both of the projects breathe,” he said of the new work.

Have a listen to Love here now.